Fruit Pacifique, the name behind Ma’oi, the gourmet Samoan jams is up for sale.

After five years of development and growth, Fruit Pacii founder Cédric Holtz is moving on to new opportunities, and wants his passion project to be sold to someone who will maintain the brand, and the employment opportunities it has created in Poutasi.

Mr Holtz came to Samoa as a visitor and decided to settle here. He found a beautiful island, and an opportunity to create quality employment which is something he has years of experience with. He hopes Fruit Pacifique will be sold by the end of May, and is still welcoming interest.

Fruit Pacifique is Mr Holtz’s eighth incorporated business. Every time he starts a company, his vision is to offer genuinely good jobs, he said.

“Giving is the new enslavement, the new colonialism." He doesn’t want to perform charity, but rather offer training and employment, he said.

“I am in favour of bringing what people from developing countries want from the north in terms of human capabilities.” 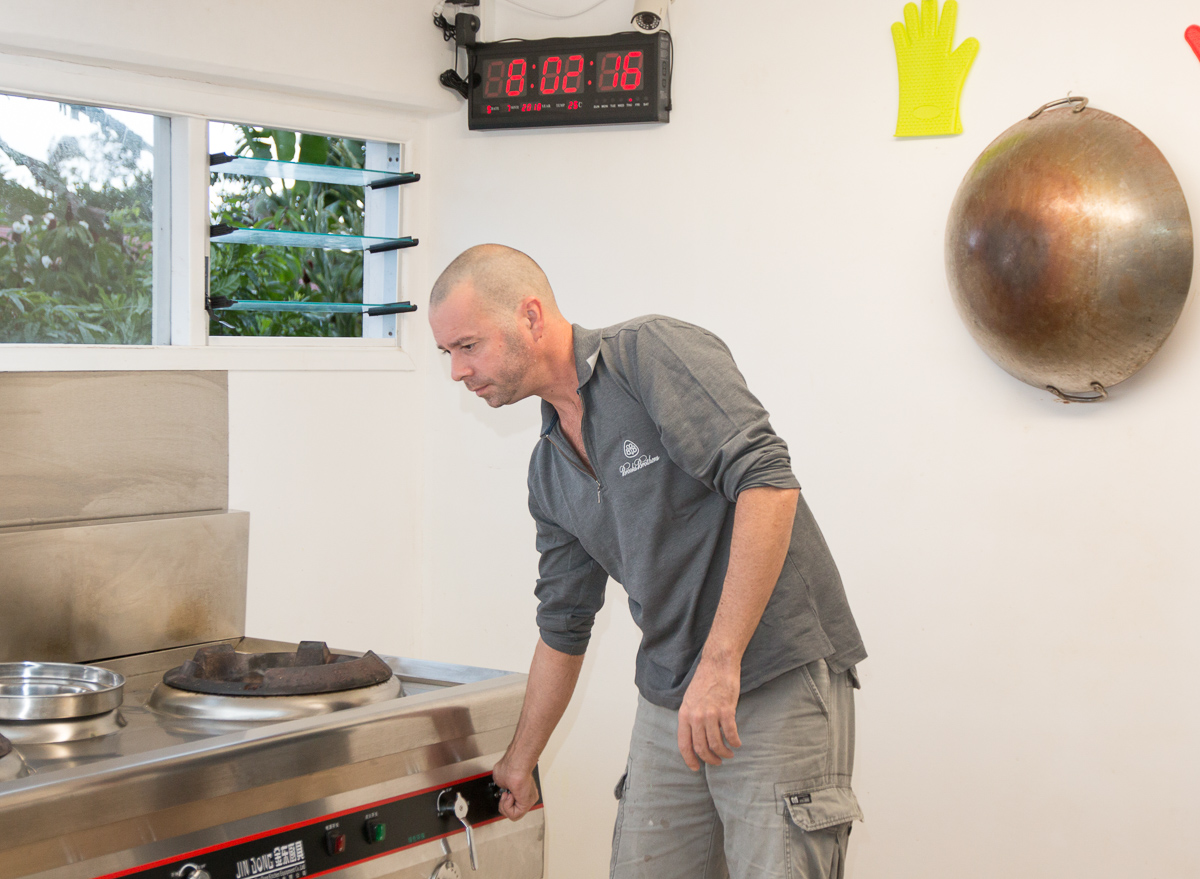 Mr Holtz has qualifications in agronomy, agriculture and toxicology, as well as an MBA from INSEAD. Some of his previous business ventures, such as two transcription services in India and Madagascar continue to run today. Forming connections with the people he grows his business with are his inspiration every morning, he said.

“I never put an alarm clock, but I knew that I have this girl coming from a village and it is taking her an hour to walk to work every morning.

“And I have this guy who has been certainly working through the night fishing, but he is going to be on time in the morning.

“And there is the person who is coming after taking care of their grandma before coming to work. I owe it to them,” he said.

Working in Samoa has been enriching, Mr Holtz said. He said in just five years he has become a “nicer person” for having lived here.

“I have become a nicer person, and I only know that because of when I go to hard Western countries.

“People are nice in Samoa, and that infuses in me. I hope I shall be able to retain it,” he sighed.

Business hasn’t always been easy. And in fact sometimes it is so hard, you wonder why you did it at all, Mr Holtz said. The hard work was a result of passion, but it is time to do something else, he said.

“It’s been difficult but it’s part of the game. And you know it,” he starts to say, before interrupting himself.

“Actually, you don’t know it. Every time I start a venture, I think ok, I know it’s going to be tough. But six months later, one year later in the midst of it all, I say ‘if I had known it would be so difficult, I would never have gotten started'.

Preparing to leave has been “terrible,” he said. Mr Holtz fell in love with Samoa, and though he feels it is time to leave, he knows he will miss it, and making Ma’oi jams a lot.

“There are things you can’t pack.

His new home in Falealili was lacking meaningful employment, and when he saw how much his neighbours were spending on buses for work in Apia (“their daily wage is about the same as a return ticket,” Mr Holtz said), he wanted to offer an alternative.

But selling jam was never the plan. That happened by accident.

“At that time, I had ten people working. And I realised some were coming to work in the morning having not eaten. Rapidly, I had morning break so that everybody would eat and then I would provide lunch.

“I can’t have people collapsing because they are hungry,” he said.

And as a European, Mr Holtz wanted jam – but not the cheap, preservative heavy offerings in the supermarkets of 2014.

“So, I made jam. And when you make jam, you always make a big batch. So on Monday morning, my staff had some jam on their break, and they loved it.

“They asked can I bring some home, can I take some to my grandma. And the next Sunday, I made a big batch again, to the same thing.” Next thing he knew he was teaching one of the staff to make her own, collecting glass jars to bottle it in, and designing a label to put on them.

“It became the main business, because everyone wanted it – so I gave up the other ventures to make jam.”

Mr Holtz quickly realised that the popularity of the jams, made from papaya, turmeric, vi and other local ingredients had major export potential. All one would need is a willingness to work hard.

“I wanted to show that not only are there opportunities that are possible to tap in Samoa, but that it is possible to do something great enough to compete internationally.

“And I wanted to give no excuse for not doing it. My aim was to do it with as little means as possible so that investment shall not be a barrier to creation.”

And he proved himself right. Ma’oi jams sit on shelves all over the world, where they retail for over twice the price they sell on the local market. Mr Holtz said he is especially proud to have marketed the product to Japan, and succeeded.

“Which means that a product which is made only with what is available in the village, but the sugar which is imported from Fiji.

“With that, we created something that is valued in the most difficult market. I am very proud of this achievement,” Mr Holtz said. 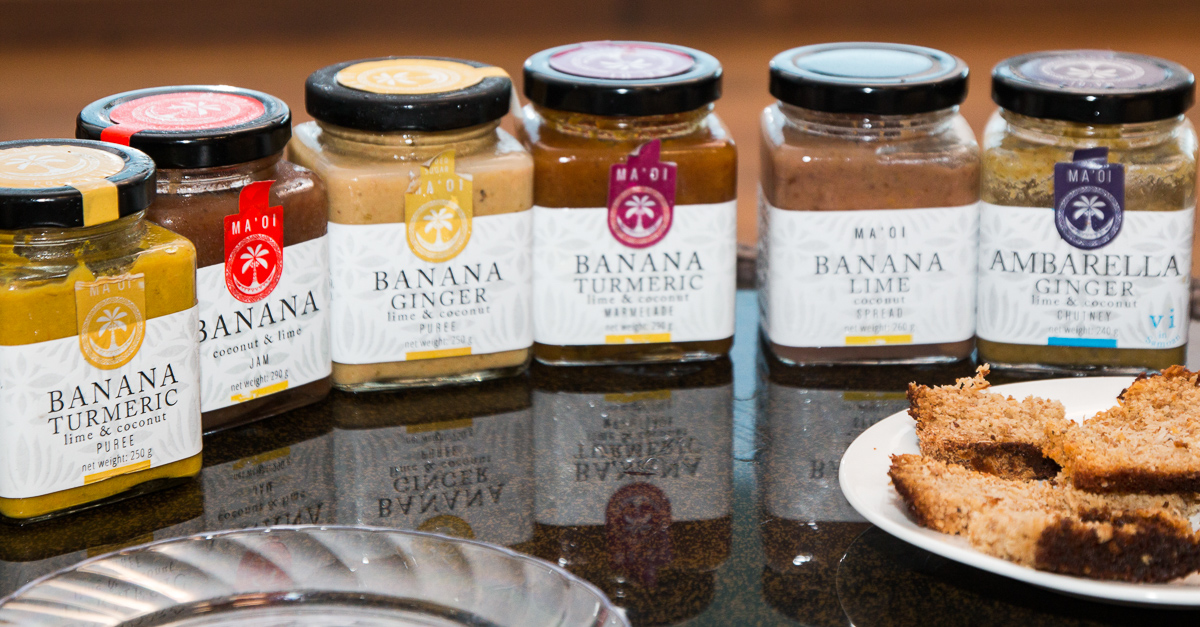 Mr Holtz grew up in Carcassonne, a fortified city in the South of France. In what he describes as a typically French childhood, his grandmother taught him to make jam in their kitchen to preserve fruits which vanish in winter time.

At first, the label or the brand weren’t anything special to look at, but supermarkets put them on their shelves anyway, Mr Holtz said – they were happy to support a locally produced jam.

Jam making operations grew, and Mr Holtz had to become commercially oriented. Food science, marketing and even hygiene had to be taken to a whole new level.

Ma’oi jams quickly became CODEX certified and met World Health Organization and Food and Agriculture Organisation standards. And while it was work to get it there, Mr Holtz said that is essential for any other jam makers thinking about going commercial. The difference between a couple of batches, and hundreds is massive, he said.

“I couldn’t have the least issues,” he said. He even had to go as far as introducing CCTV cameras and finger print entry to the kitchen, to ensure he knew the comings and goings of who was entering the workspace.

When he first installed the CCTV, he thought to himself: “what am I doing?” But it was worth it to grow the business and actually offer greater employment opportunities, which was his original goal, Mr Holtz said.

“If I want this to go on from a beautiful little thing it has to become something with more impact.

“So I began reading academic publications from here to the wall about how to make jam, not like my grandma taught me but what is food science, what are the chemical reactions that take place.

“It changed from doing something with whatever was in my kitchen to building a proper production centre,” Mr Holtz said.

Even as he scaled up, he maintained his original goal – to affect people in rural Samoa, either through employment or through his purchasing power. A recent stock take Mr Holtz did found 156 produce sellers on his books. Some sold him one papaya, and others sold him a truck load, but for Mr Holtz it is great either way.

While the jams have found a loyal market amongst foreigners in Samoa and in the resort and hotel kitchens, Ma’oi has yet to make it into the everyday Samoan’s grocery list. It’s a gourmet product after all. But Mr Holtz is proud to say it has inspired competitors.

He laughs that while he hates sharing the shelf space, seeing viable competition proves Fruit Pacifique succeeded in proving local jams are marketable — which is what he wanted to show in the first place. 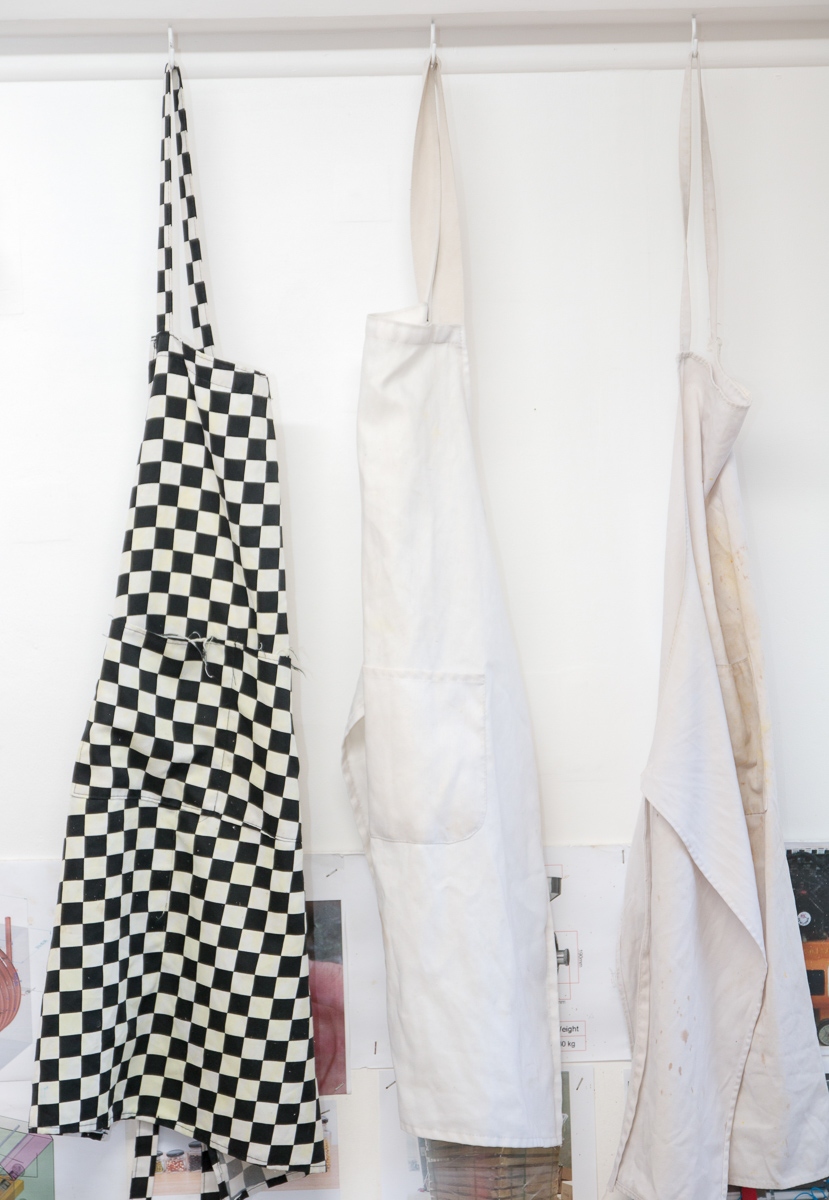