The 73-year-old elderly mother of the man accused of the attempted murder of Frysna Rimoni wept in her small open fale at Vailoa Faleata on Tuesday when a Supreme Court Judge and the panel of Assessors visited her home.

The visit by Justice Tafaoimalo Leilani Tuala-Warren and the five-member assessors was to allow the bench to have a closer look at where the alleged offending occurred before delivering their verdict.

Peter Tulaga is charged with the attempted murder of Ms. Rimoni at his mother’s family home at Vailoa Faleata on 15 January 2019.

Tulaga was accompanied by more than five Police officers to the crime scene.

Upon arrival, the panel of Assessors and the Judge inspected the family home of Tulaga’s mother.

His emotional mother sat inside the open fale with a child on her lap and wept throughout the duration of the visit.

Tulaga, on the other hand, was seen pointing to certain areas of the small room where the the incident occurred. 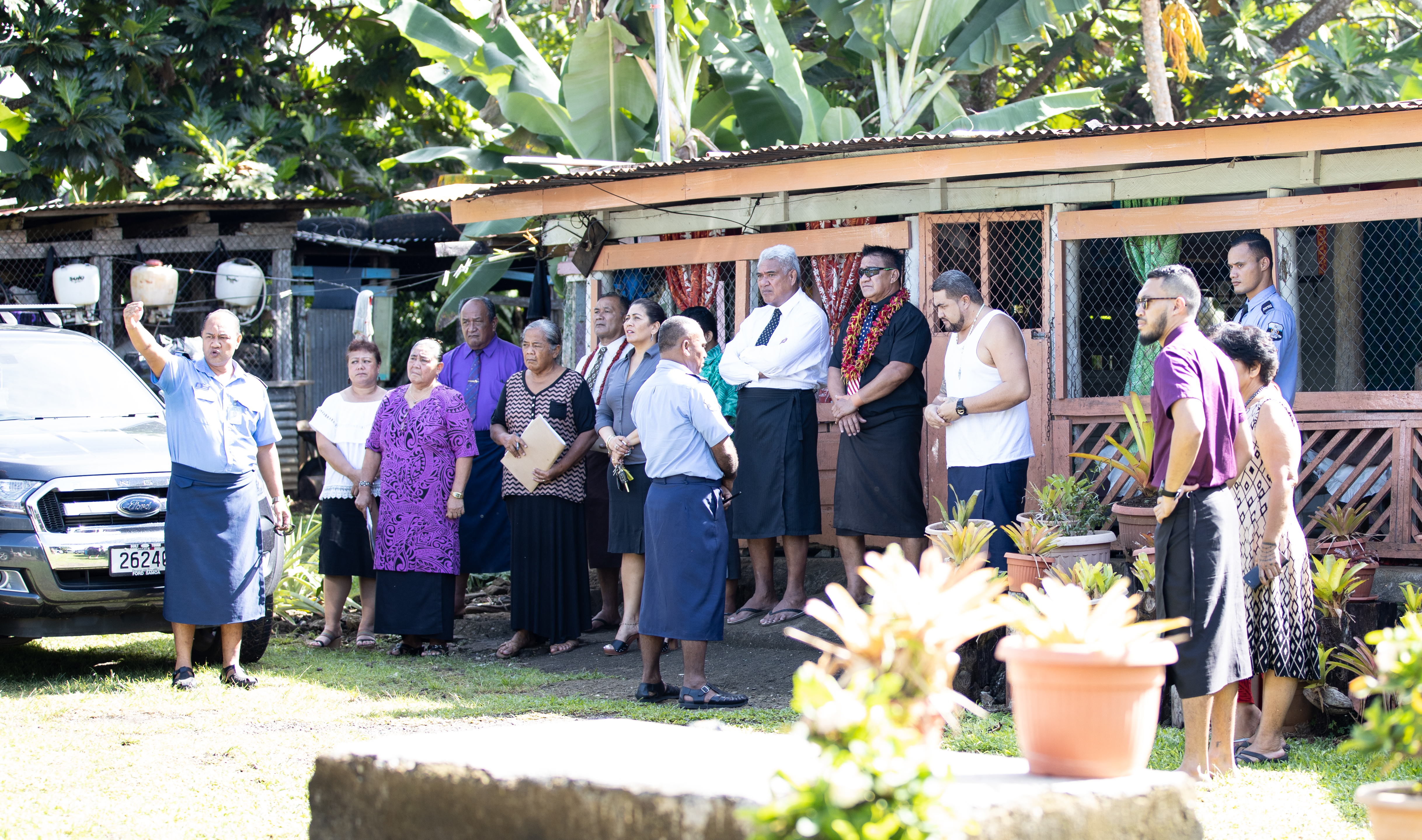 After some 20 minutes, Tulaga was seen embracing his emotional mother, who continued to weep while sitting on the floor.

He then kissed her and wiped his tears before he walked back to the Police van guarded by several police officers.

On the family land, there were four houses at the area, including the open fale where the alleged offending occurred.

According to evidence that was heard in Court last week, the houses belong to Tulaga's siblings and mother who live on the same land.

The Judge and panel of assessors left the crime scene at Faleata and returned to the Courthouse at Mulinu’u for closing summary of the proceedings.

Suspended Deputy Registrar, Ve’atauia Fa’atasi Pulei’ata was also called back to sit in the last day of the trial.

The order was made by Justice Tafaoimalo, following request from both the defense and prosecution to have Ve’atauia come in for the day to translate the closing summary of the case only.

He remains suspended pending a Public Service Commission investigation into his conduct.