Mase Romeo, Year 8 student, having a go in the Pinzgauer light operating vehicle of the N.Z.D.F. (Photo: Misiona Simo)

N.Z.D.F. is an integral partner to the Pacific region when it responds to natural and humanitarian disasters, so they need to be prepared for the environment.

Officer in charge of the exercise, Flight Lieutenant Liam Scott said while the heat took its toll on the team, it also affected some of their equipment. Plus, due to Samoa’s distance from the equator, their high frequency equipment did not work as well, but this is all useful information for them. 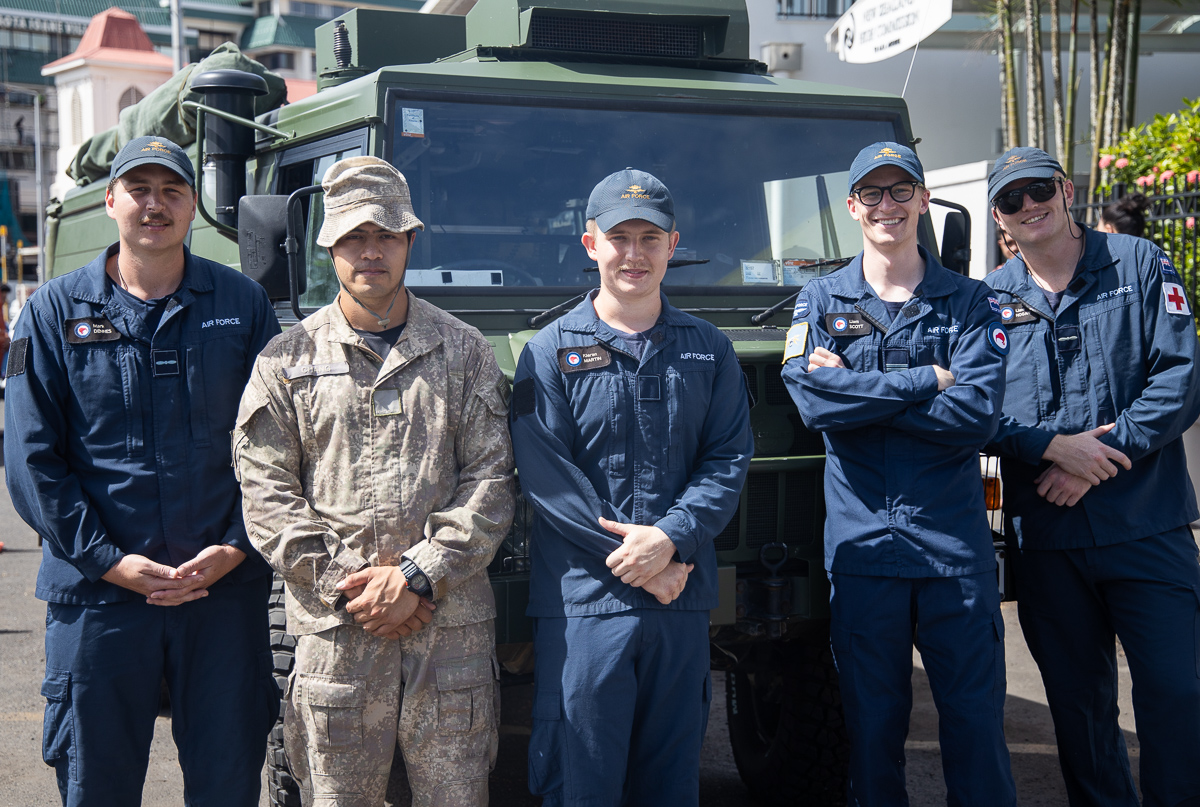 “It’s a big learning curve, like learning that something that usually takes me half an hour in New Zealand takes me an hour and a half to do here, because the environmental conditions,” Mr Scott said.

“Also those conditions have had somewhat of an effect on our equipment which has delayed and degraded services. So now that we know that we can take that back to command and tell them the issues we faced and what to take into consideration, if and when we have to come back.”

In the wake of increasing and worsening natural disasters as a result of climate change, the N.Z.D.F. expects to be responding to more humanitarian disasters and so are ramping up preparation with missions such as these.

“We can’t simulate this environment back home, and it does change everything,” Mr Scott said.

“Our intent is to run this biannually. We’ll run this big exercise every two years and it will be somewhere in the Pacific.”

A major benefit to running exercises in the Pacific is to form relationships with local authorities to coordinate and align disaster responses, he added. Integrating into emergency management systems ensures N.Z.D.F. is a support and not a burden when Government request their presence.

The team of 22 personnel were station between the Samoa Rugby High Performance Unit, the National Reserve and Asau Airbase on Savaii for different kinds of training and practice.

To wrap up their time on island, they brought their key communication equipment back to town to show to a year eight class from Marist Boys Primary School: Their Pinzgauer High-Mobility All-Terrain Vehicle. 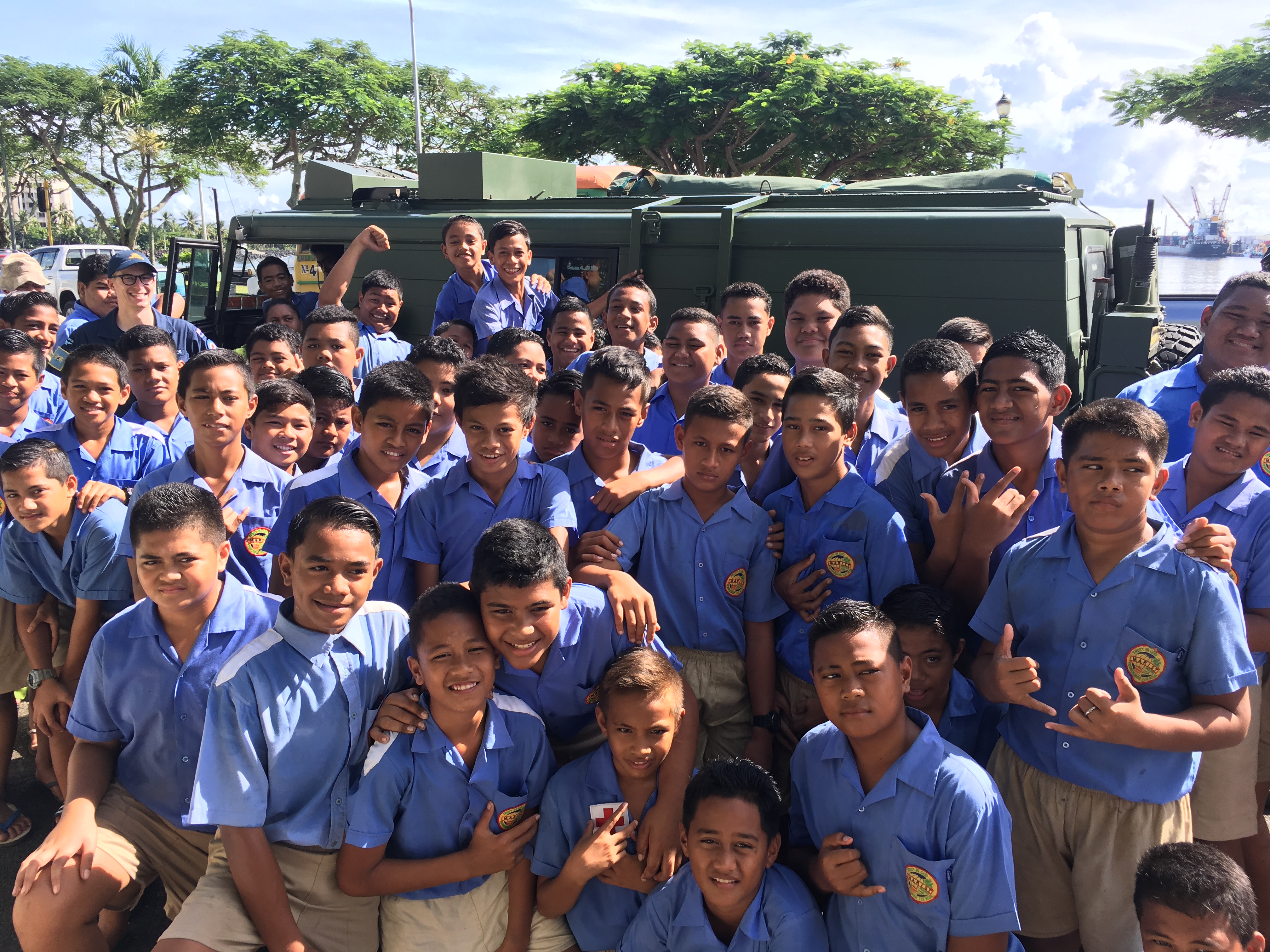 The Pinzgauer is the communications centrepiece of any and all N.Z.D.F. operations, Mr Scott explained.

“We can run all our radio circuits, all our information systems out the back of this, so it’s just a command node.

“If there was a [humanitarian aid relief disaster] this is what would turn up, create a communications bubble where we could administer the choppers, send out detachments of people, work out desalination, that sort of thing.”

The Marist Boy’s class were treated to an explanation of what the team has been doing in Samoa, what their Pinzgauer is used for, and a chance to sit inside and take a close look.

Year eight student Mase Romeo, who took a turn in the driver’s seat of the armoured car said he could see why N.Z.D.F. chooses to run training exercises in his country.

“It’s a peaceful country. It has open fields to do their trainings in, and maybe Samoa can also participate and learn what to do in those kinds of times, like in the cyclone times,” he said.

Some New Zealand High Commission staff also enjoyed a tour of the vehicle while it was parked outside the offices, including High Commissioner Trevor Matheson. 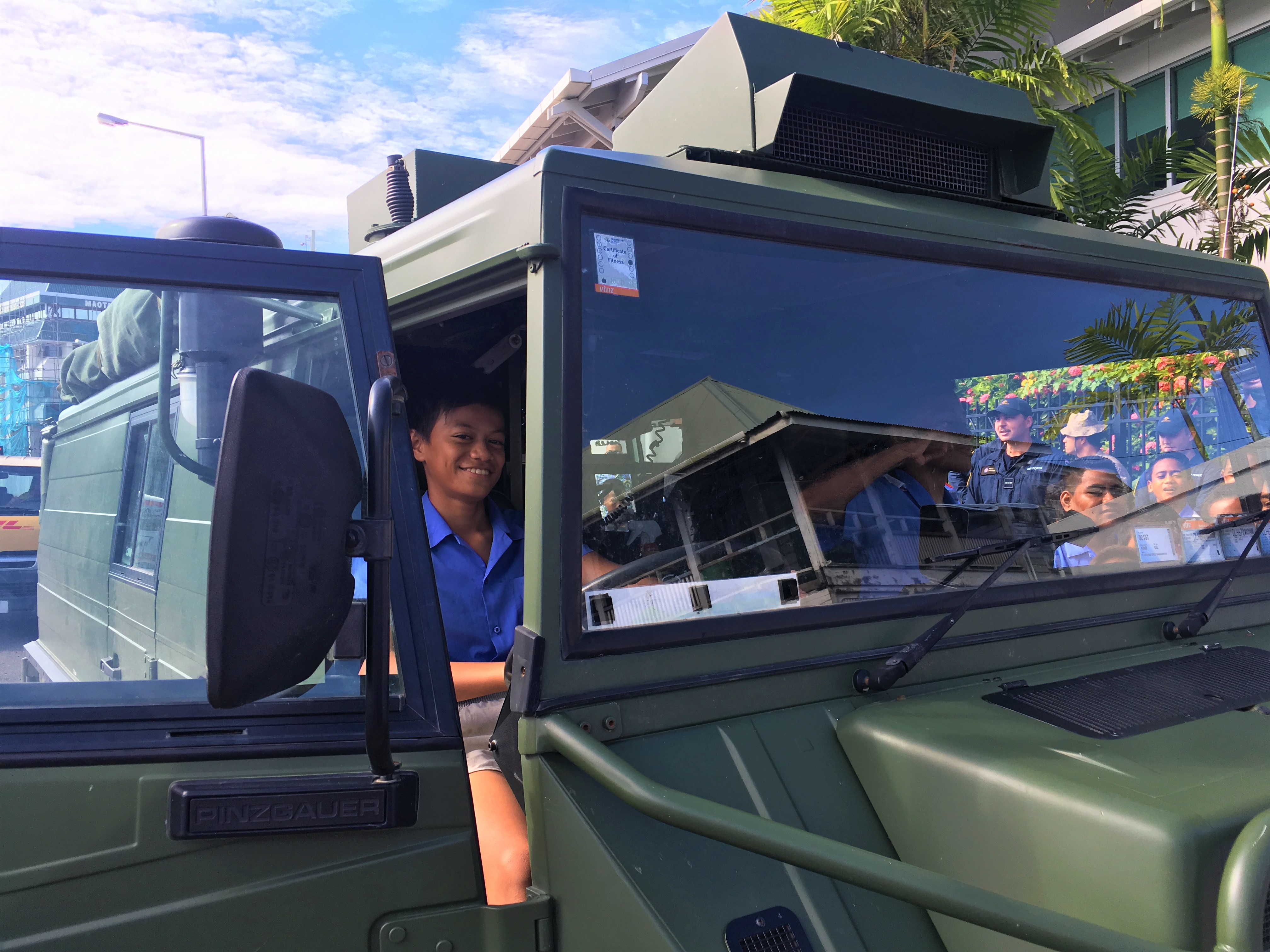 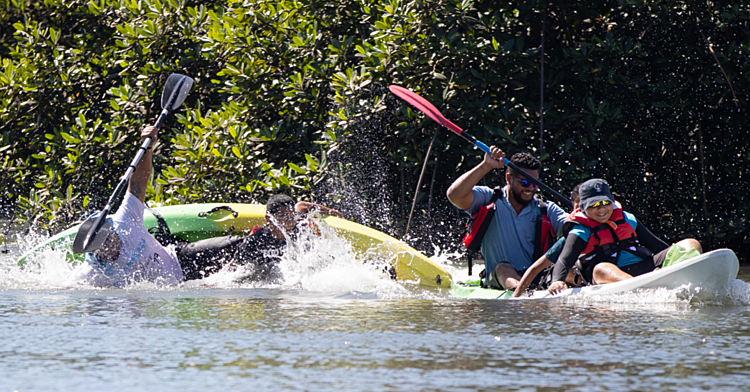