China has donated further assistance to Samoa for the opening and closing ceremonies of the 2019 Pacific Games.

The donation was presented by the Chinese Ambassador to Samoa, Chao Xiaoliang, to the Chairman of the Games Organising Committee and the Minister of Education, Sports and Culture, Loau Keneti Sio.

The presentation took place at the Fale Samoa at the Ministry of Education Sports and Culture on Monday.

The items included clothing material and performance props - among other things.

As part of the Pacific Games opening and closing ceremonies in July this year, thousands of Samoan performers are expected to present choreographed performances for participating athletes, sports administrators, invited guests and locals. 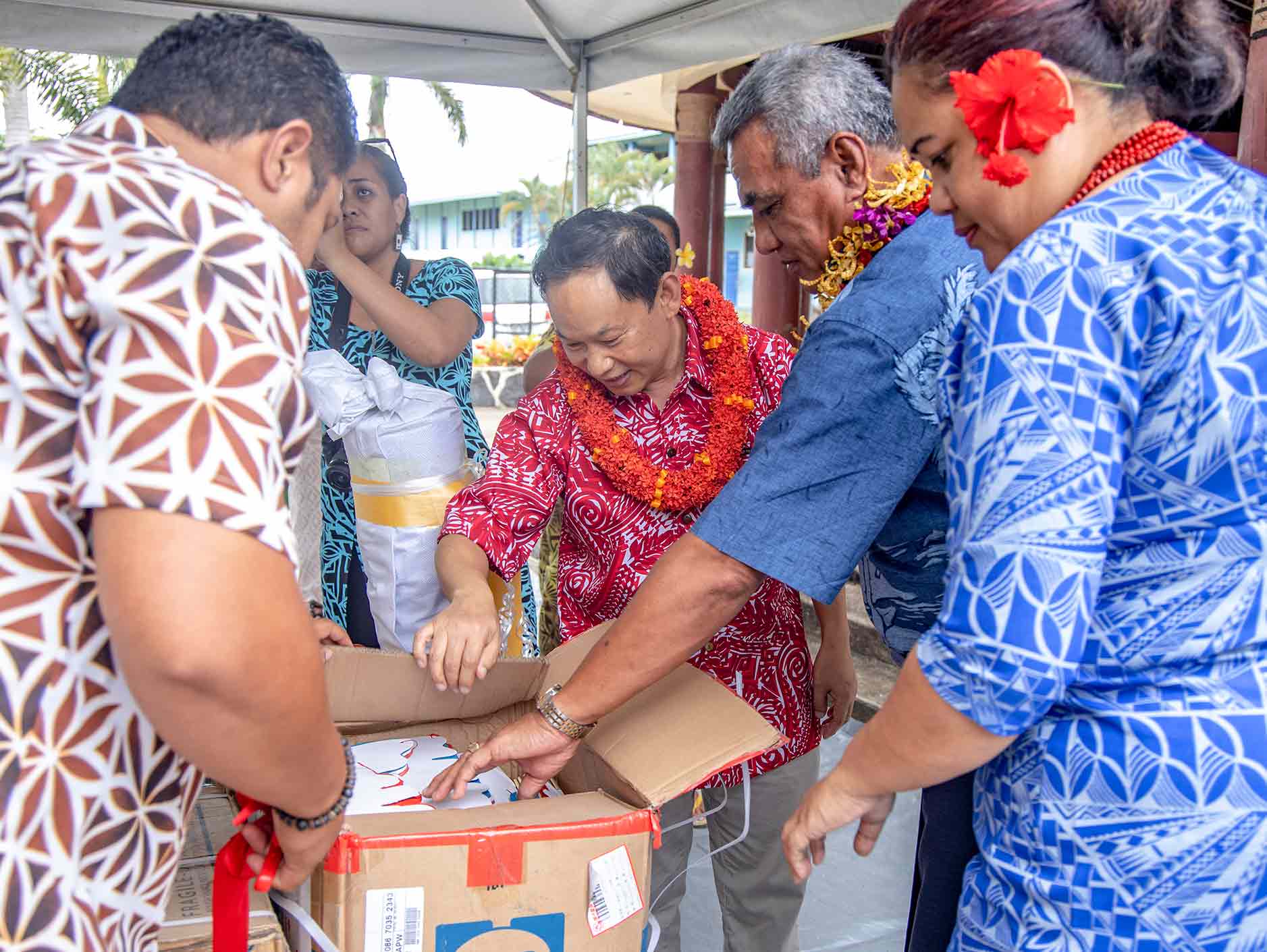 The Chinese Government offered to assist Samoa in its preparations to host the 2019 Pacific Games as well as prepare its athletes for the regional sporting event.

At the request of the Samoan Government, a group of Chinese officials was sent to Samoa in January this year to work with local colleagues to produce a script for the opening and closing ceremonies.

The Chinese Government has also handed over 87 vehicles, sporting equipment and fireworks last week for use during the Pacific Games.

More than 200 athletes and 30 chefs are currently in China undergoing training, and over 200 Chinese and Samoan engineers and workers are working day and night to ensure the timely completion of construction and renovation of sports facilities, where the events will be held.

Ambassador Xiaoliang expressed confidence in the Chinese-Samoan partnership to ensure the work is done.

"Samoa is China's good friend and reliable partner in the Pacific. In support of Samoa's hosting of the Pacific Games, China has been providing assistance and help to the Samoan side within the shortest possible time and within the best of its ability.

"Thanks to the joint efforts and close coordination of our two sides, all the Pacific Games-related assistance projects have been progressing in a smooth manner," he said.

Minister Loau expressed his gratitude on behalf of the Samoa Government to the Chinese Government and Ambassador Xaoliang and Chinese officials.

"Your Excellency and the delegation from the Hunan province, on behalf of the Government of Samoa, we express our sincere Faafetai tele to the government and people of the Republic of China for this valuable assistance.

We look forward to our continuous co operations in weeks to come as we prepare to host our regions states the best games yet for the Pacific," he said.

Representatives from the Hunan province were present at the handing-over of the items and sporting equipment as well as Samoan athletes who will be participating in the Games.