Over 100 travel to Upolu from Savai'i

Over 100 members of the Church of Jesus Christ of the Latter Day Saints (L.D.S.) from Savai'i travelled by boat to Upolu, to join thousands of others who were drawn to an evening devotional led by their Church’s President Russell M. Nelson.

The devotional was held at the Pesega fields on Saturday night which was attended by the Head of State, His Highness Tuimaleali’ifano Vaaletoa Sualauvi II and his wife, Her Highness Faamausili Leinafo Tuimalealiifano, L.D.S Church leaders, and Cabinet Ministers. 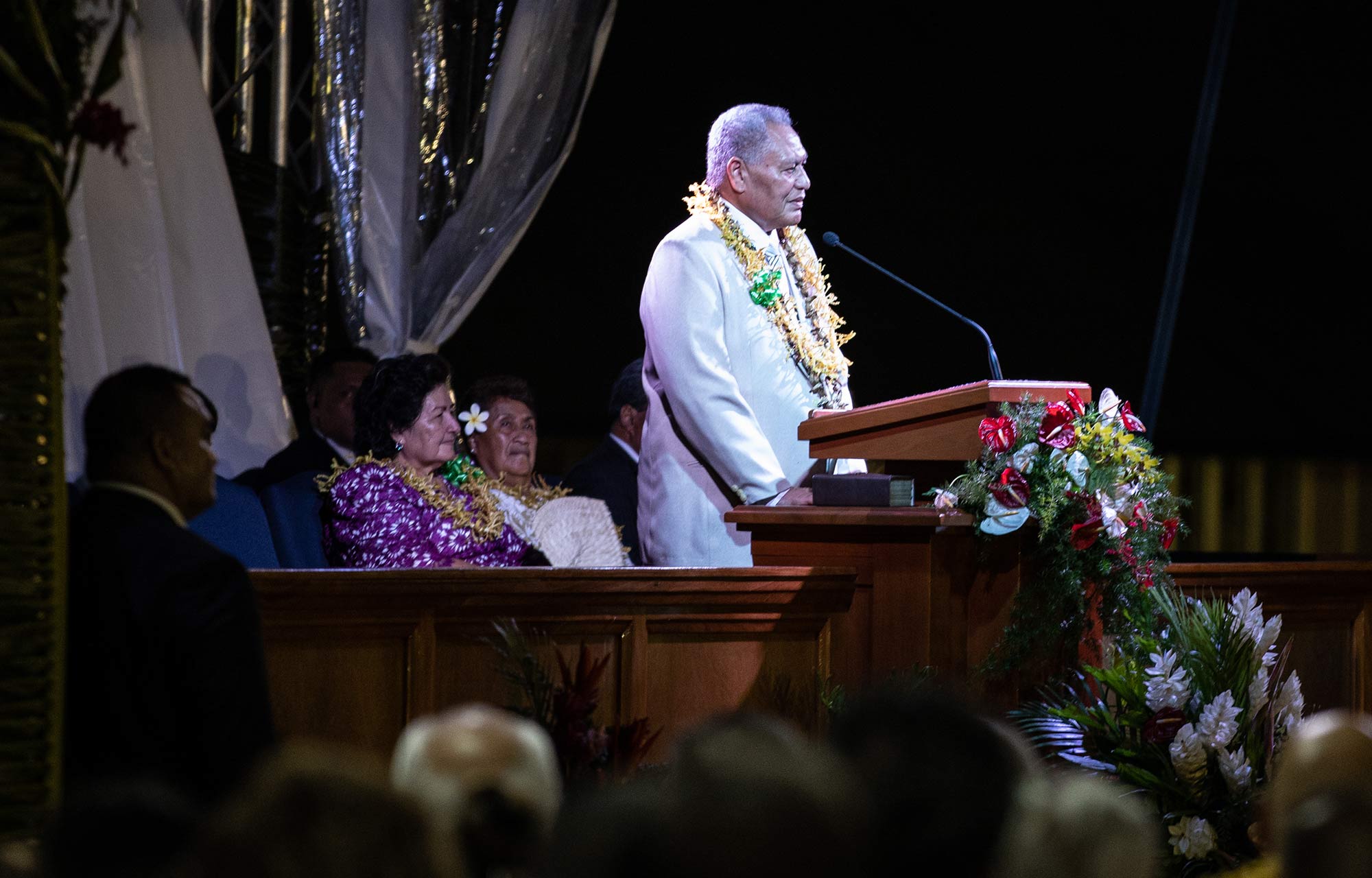 The L.D.S. Church President is currently on a tour of the Pacific accompanied by his wife, Wendy and Elder Gerrit W. Gong of the Quorum of the Twelve Apostles and his wife, Susan. They arrived in Samoa on Saturday afternoon.

They were welcomed by cheering members of the church, who lined the roadsides waving flags and posters to welcome the motorcade as it made its way from the Faleolo International Airport to Apia.

According to an L.D.S. Church member from Savai'i, 77-year-old Tafea Tupu, the visit by the Church’s Prophet was important to devoted believers. 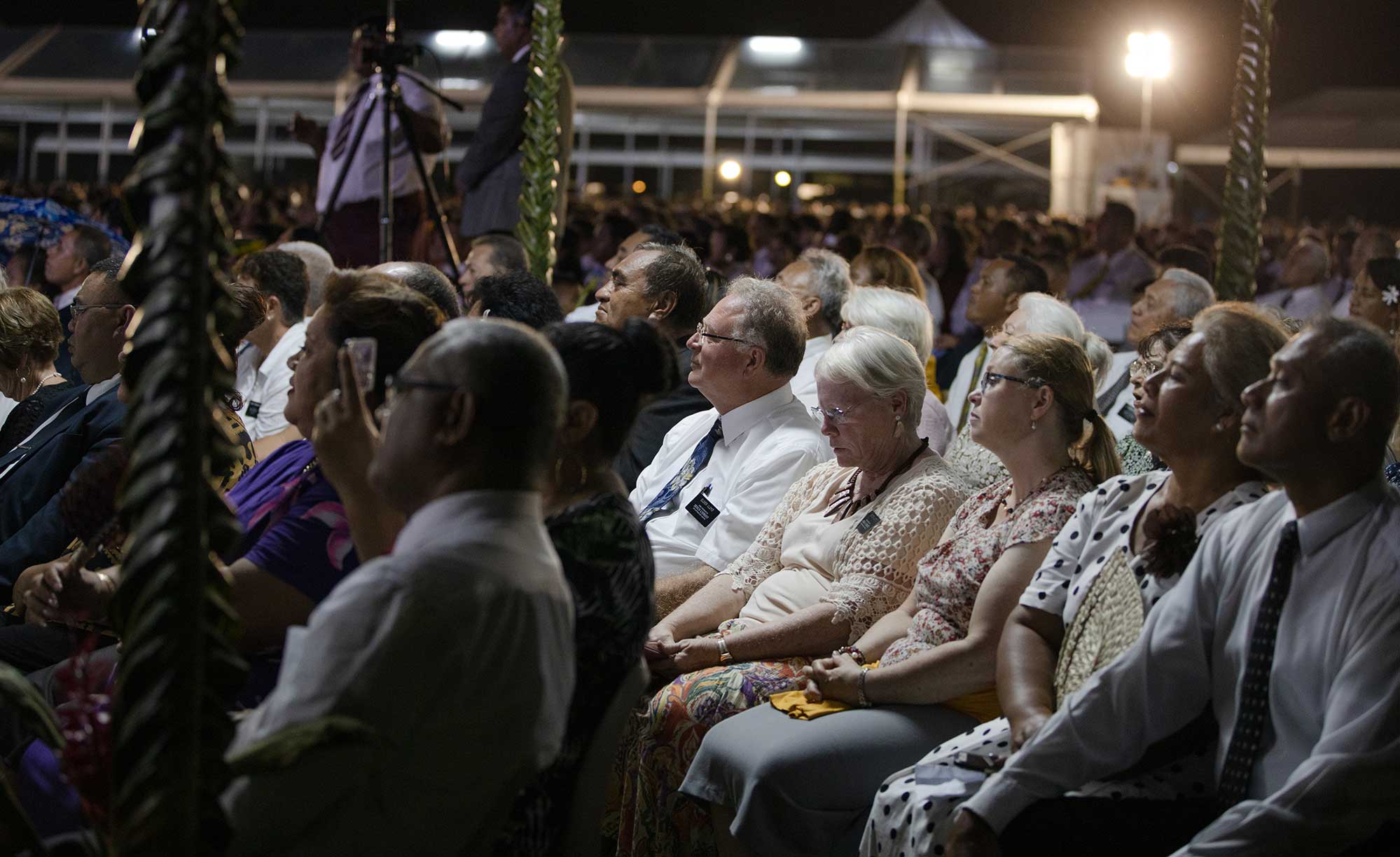 He said the visit to Samoa "meant the world" to him and it was the reason why he had to travel by ferry from Salelologa, Savai'i to Mulifanua, Upolu to wait for the Prophet.

“I wanted to go back home and tell everyone that I witnessed with my own two eyes the visit by our Prophet. After his arrival we caught the bus to town and waited at Pesega for his devotional later in the evening.

“The rain did not stop us from waiting for him; even though it rained we still sat in our chairs waiting. There were so many of us that came including other members of different wards," he said. 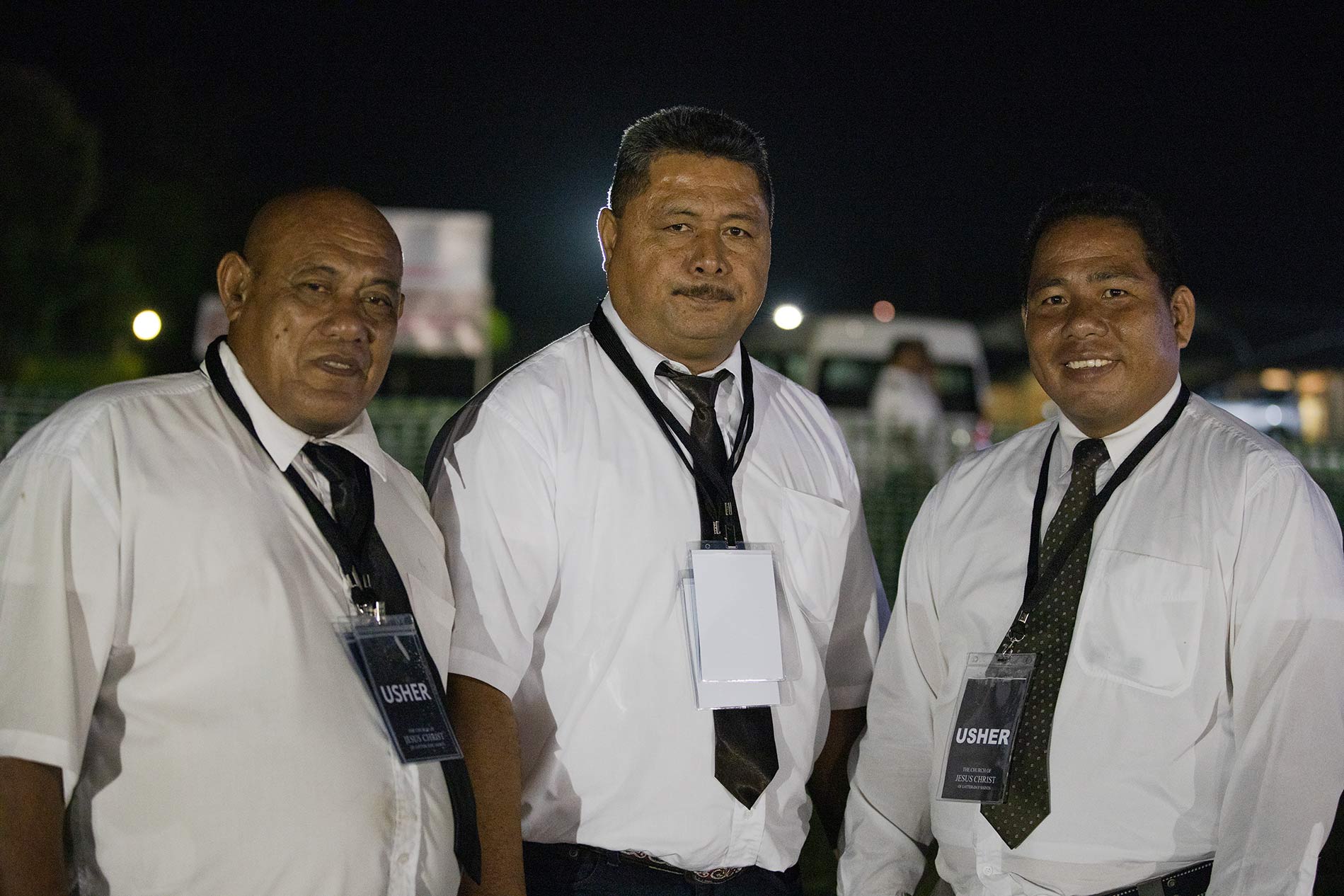 Mr. Tupu said hearing President Nelson's message made him content and he vowed to be true to his faith and to join the battle against evil. 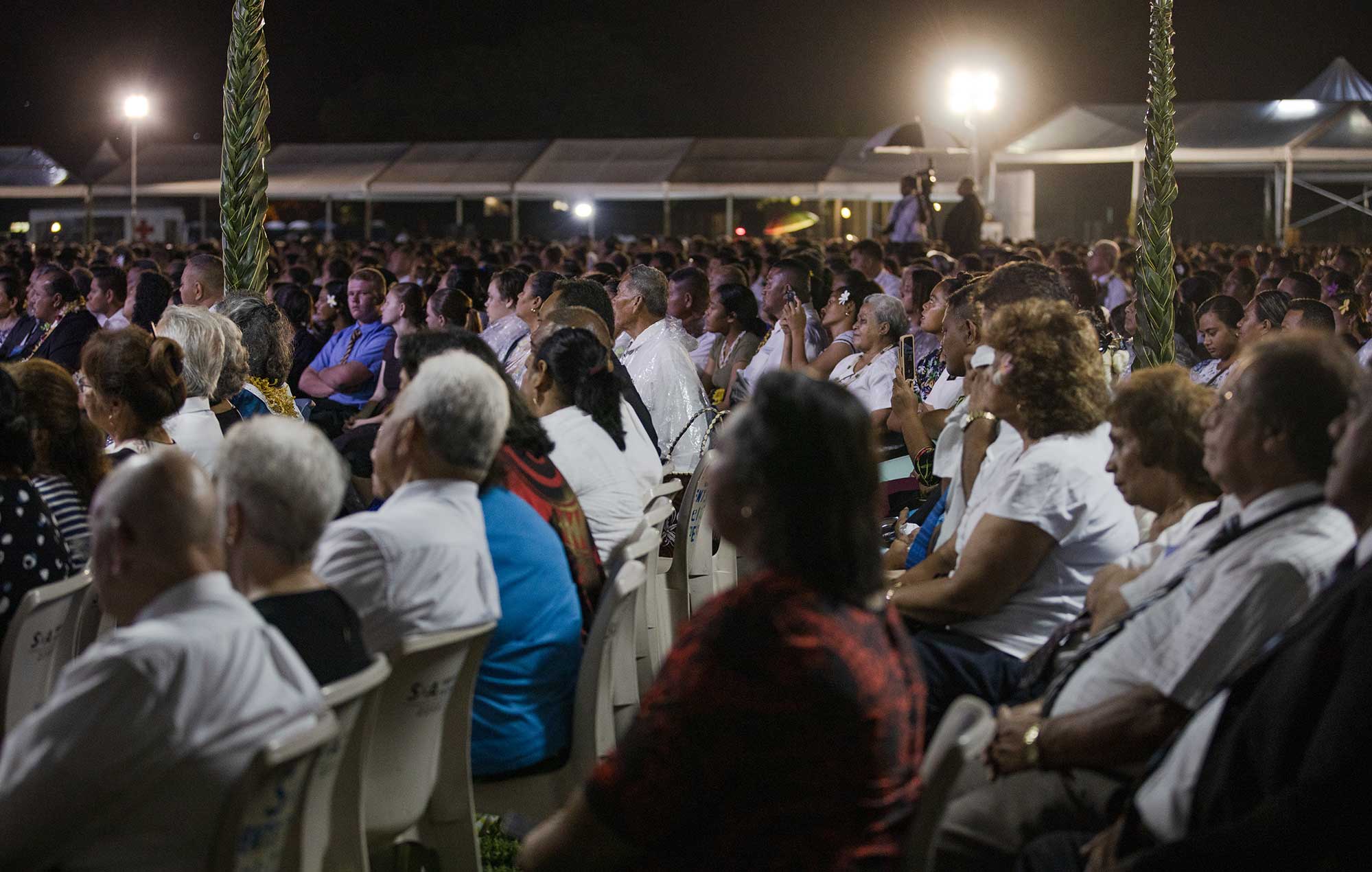 “I confess that with all my heart that there is a Prophet of God on earth and his name is President Russell M. Nelson and he is a great leader of the LDS church. The LDS church is God’s church,” he added.

President Nelson and his wife together with his travelling delegation left Samoa Sunday morning for Australia.