Members of the Church of Jesus Christ of the Latter Day Saints (L.D.S.) from American Samoa were amongst the thousands that attended a devotional led by their Church’s President, Russell M. Nelson on Saturday night at the Pesega grounds in Apia.

President Nelson was in Samoa as part of a Pacific tour with his wife Wendy, Elder Gerrit W. Gong of the Quorum of the Twelve Apostles and his wife, Susan.

They flew into Samoa on Saturday afternoon and met senior Samoa Government including the Head of State, His Highness Tuimaleali’ifano Vaaletoa Sualauvi II and Prime Minister Tuilaepa Dr. Sa'ilele Malielegaoi before joining thousands of devout members of the L.D.S. in a devotional.

A representative from the L.D.S. Church in American Samoa, 38-year-old Daisy Teo said that seeing their church's President in person was worth booking a flight to travel to Samoa.

"The moment we found out that our Prophet will be visiting Samoa, which was around April we booked our flights just so we can see him. It did not matter the travelling distance but this was a chance of a lifetime.

"Our Church's Prophet is a great leader and because I have never seen him in real life together with our travelling group we all agreed that this was a trip which we will all treasure as a strong believer in the teachings of our church. 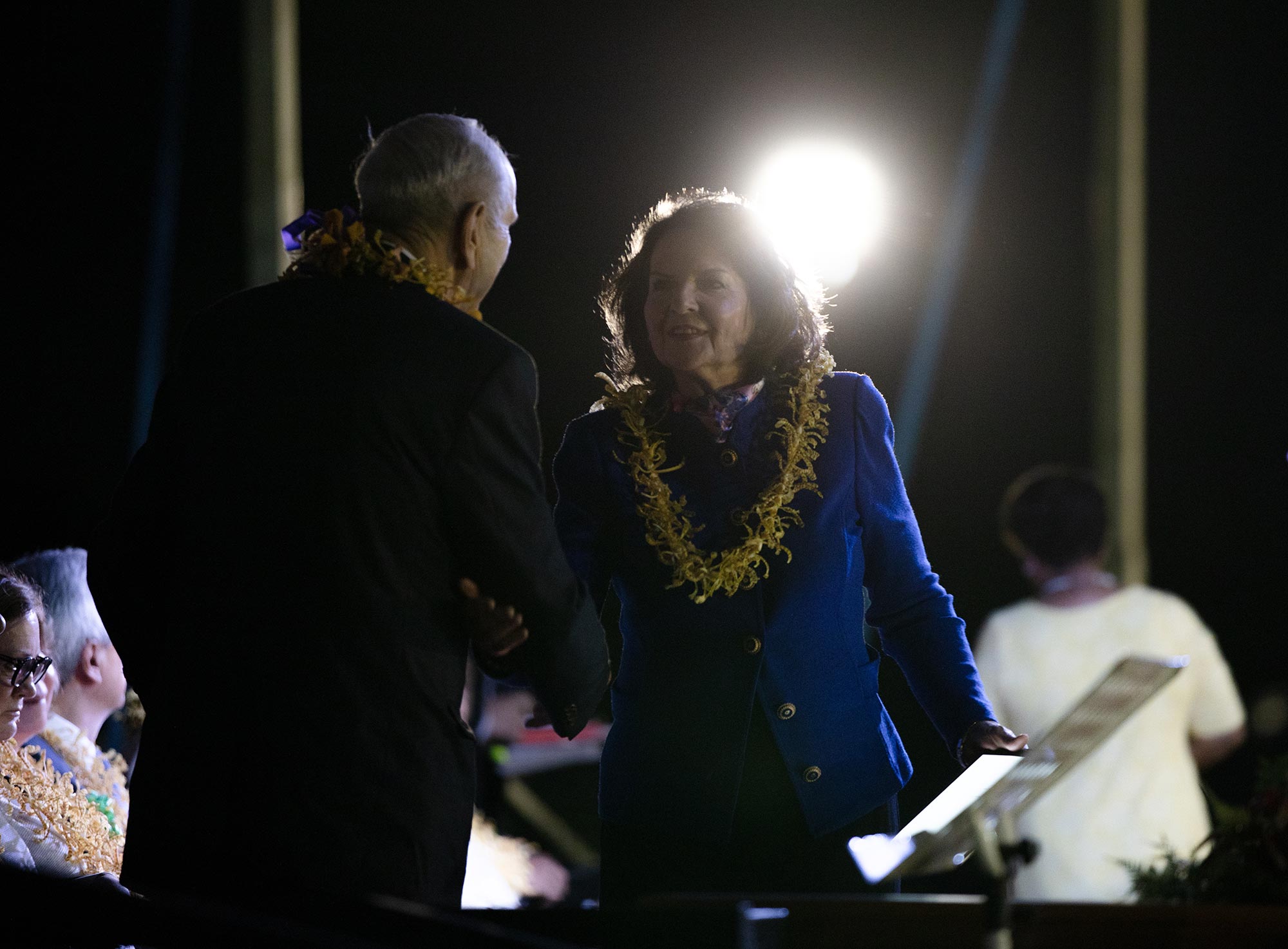 "We arrived in Samoa early last week with a group of more than 10 people and during the week we all planned our greetings like flags and posters of Prophet Nelson to greet him when he lands in Samoa and we were stationed at Leauvaa.

"It was such a great feeling being part of the crowds that were on the roadsides just so we can catch a glimpse of him in person and we were more than happy to see him smiling and waving at everyone.

"We took lots of pictures of him to take with us back home as memories to remind us of the day that we saw our Prophet who was chosen by God to lead us on the righteous path.

"But nothing was more important than hearing his message for all us, he advised us to be strong and prepare for the difficult days that are ahead and that taking up the name of Jesus Christ we must also be prepared to be persecuted every day which we are all willing to do so with our hearts," she added.

Another L.D.S. Church member from American Samoa, 43-year-old Daniel Samia said that travelling to Samoa was worth it.

He said it was a historical moment for his personally as a LDS church member and he didn't want to miss the opportunity.

"The purpose of travelling to Samoa was simply to be part of this historical moment in my life, I have never met nor seen our Prophet in public but that was made possible on this very day. The messages that he spoke off will be used not only to help us spiritually but also during our everyday lives."