The Savai'i Vikings turned around an 11-3 halftime deficit to stay undefeated with a 27-18 win over the Atua Legends in the P.P.S. Super 9 Senior A competition at Samusu Primary School Field in Aleipata yesterday.

The Legends scored the only try of the first half in the 30th minute having broken from deep in their own half, as first five Iafeta Purcell dived on the ball over the try line after a kick in behind, to give his side an 8-3 lead.

Things got worse for the Vikings, as their first five Kalolo Lepou was stretchered off with an ankle injury, forcing halfback and captain Faitio Sione to shift out to 10 as substitute Lole Tualaulelei came on.

Purcell knocked over a penalty with the last act of the half, and the Legends were good value for their eight-point lead. 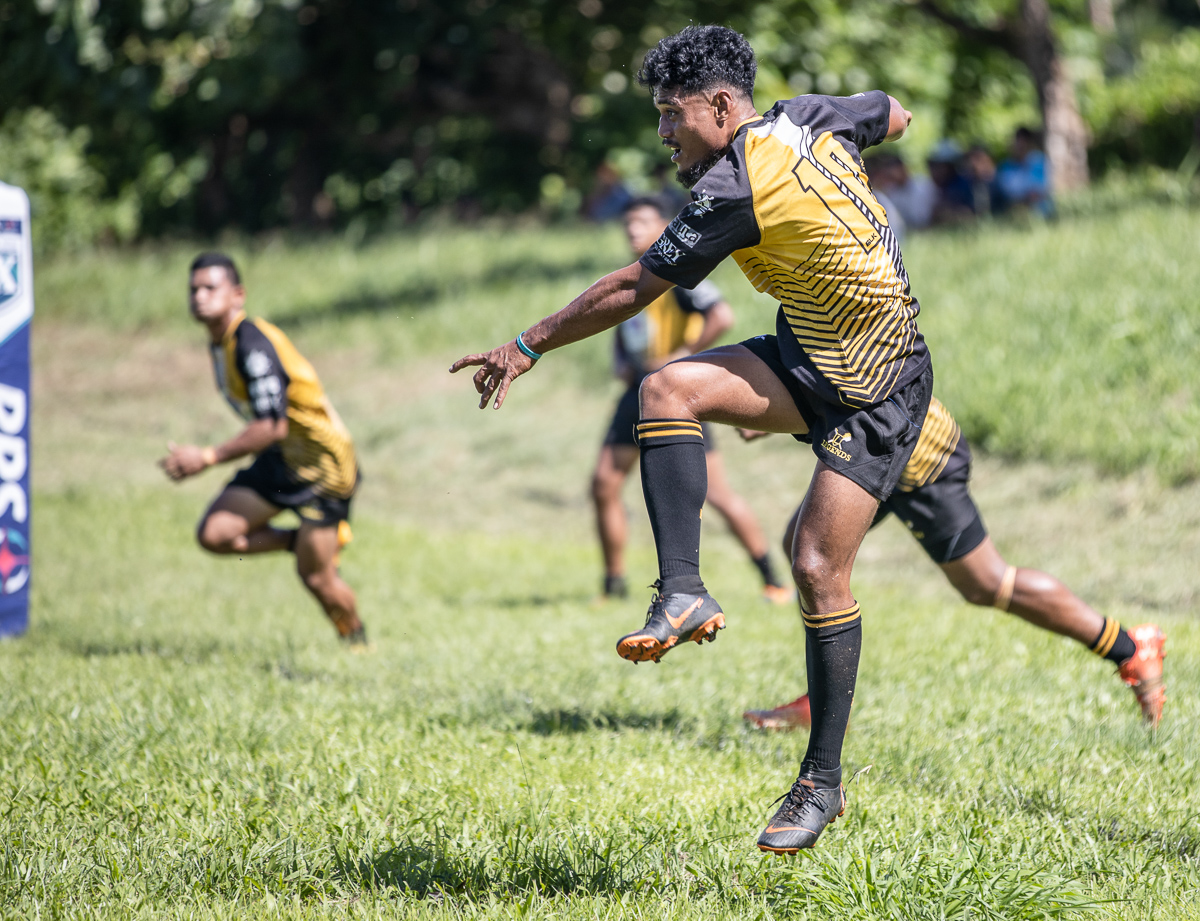 The Vikings came out strong in the second half, going all the way to the try line immediately from kickoff before being held up.

From the resulting five metre scrum, they put on three massive shunts in a row to win three consecutive penalties, and finally a yellow card to Legends prop Foki Lemusu.

Referee John Pouvi would have been pondering awarding a penalty try, but Vikings flanker Emile Fanene scored from the next scrum to bring his team within one point after Faafou Amate's successful conversion.

They scored again soon after through centre Fale Iosefa, who had an easy run to the tryline after intercepting a telegraphed Legends pass in the attacking half. 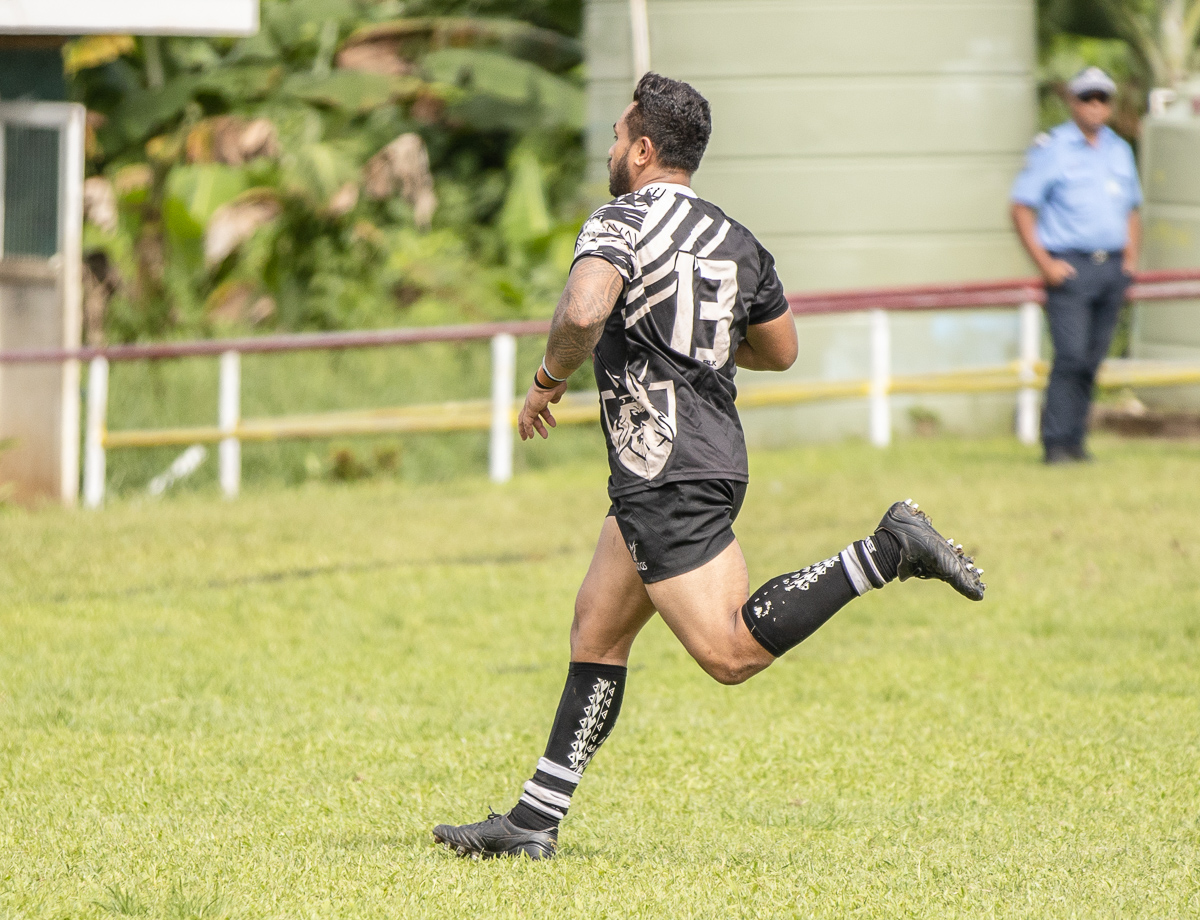 Winger Tupu Ulufale scored the Vikings' third try in 10 minutes of play, and all of a sudden the team from Savai'i had  a 22-11 lead.

Replacement hooker Albert Onelei got the bonus point try and the Viking's fourth in a row to put the game all but out of reach with 12 minutes remaining.

Ricky Pitolau did get one back for the Legends with five minutes left, but the Vikings 27-18 win was secure.

Savai'i Assistant Coach Mase Mahonri Schwalger said it was a pretty tough game, and while they had opportunities in the first half they couldn't execute.

“It showed the commitment and the character of the Legends team, they’re a pretty good team." 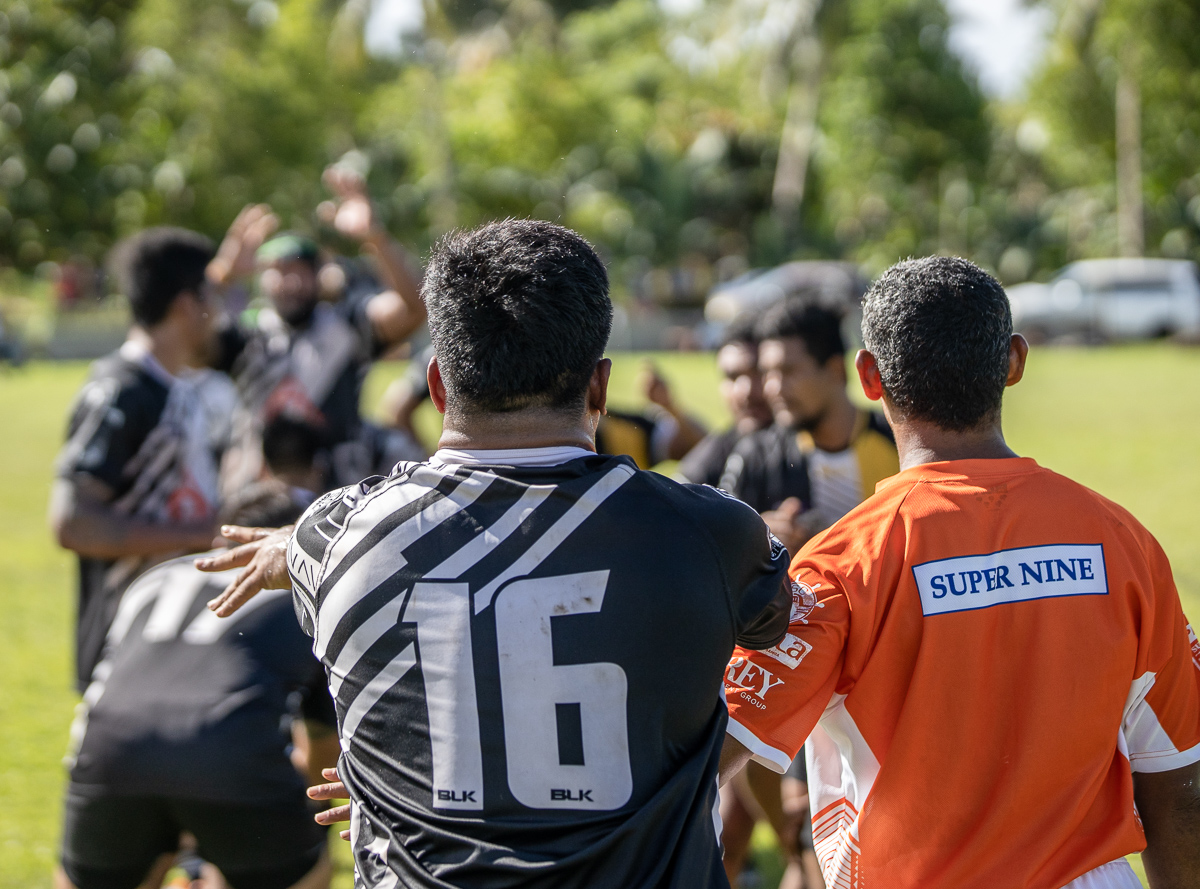 He said his team's attitude was the big difference as they turned the game around in the second half.

Mase said the 90 minute bus trip from Apia seemed to have a negative effect on his team.

“We started slow but finished up quite well."

He said they need to work on having a complete 80 minute performance.

The scrum was an obvious weapon for the Vikings, and Mase said it's something they work hard on every week.

“You’ve gotta have good set piece, and especially scrums as well, so you can launch all your attack from it."

He noted the Legends' strength in open play, when they got the ball into space out wide.

“Our cover defence is something that we need to work really hard on.

“Guys working hard to get around the corner and things like that, like I said before, it's all about attitude." 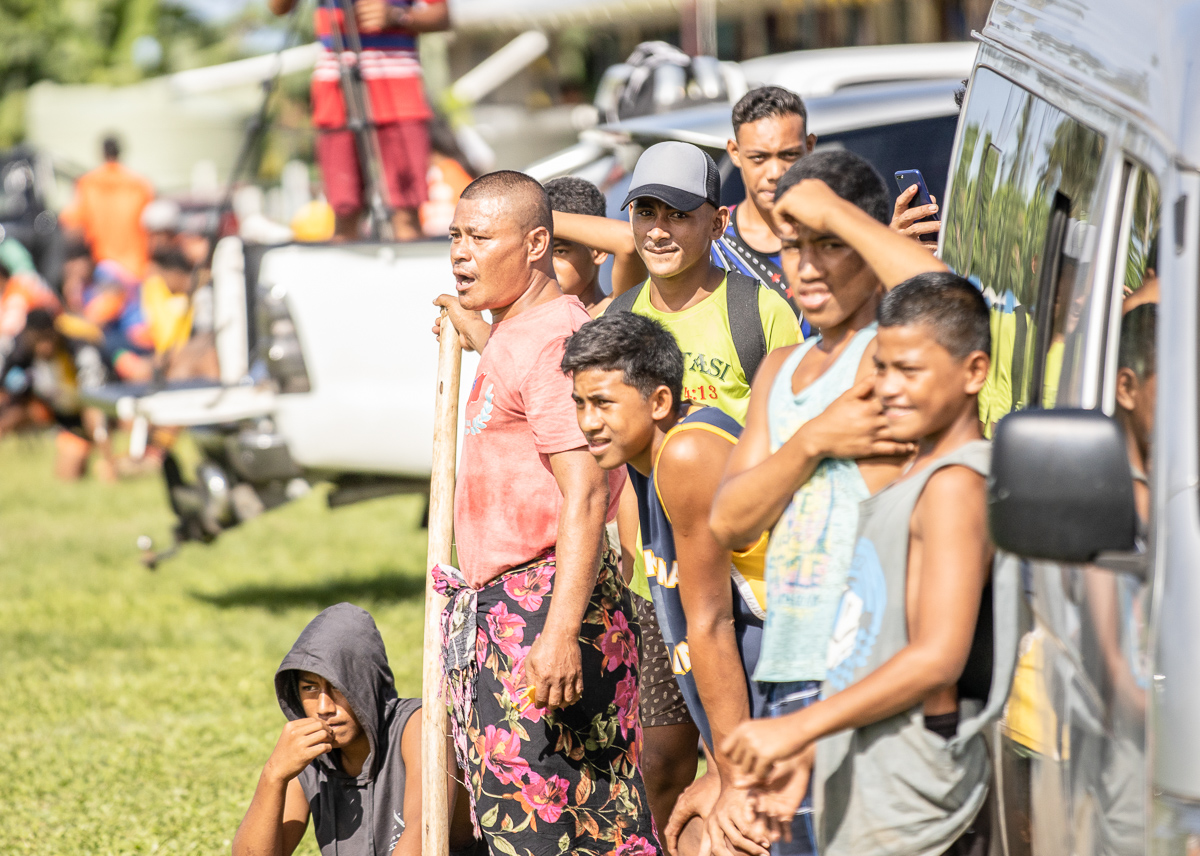 Legends Head Coach Palea Setu Tuilaepa said they had strong play from the backs, and his team were at their best when the game was open.

“They did well when they took the ball wide, that’s our main effort.

“It was a good game, but we made a lot of mistakes.

He said they didn't get numbers to the rucks in the second half, which is something to work on for game against the Warriors next week.

“The boys relaxed in the second half, in the first half we did well." 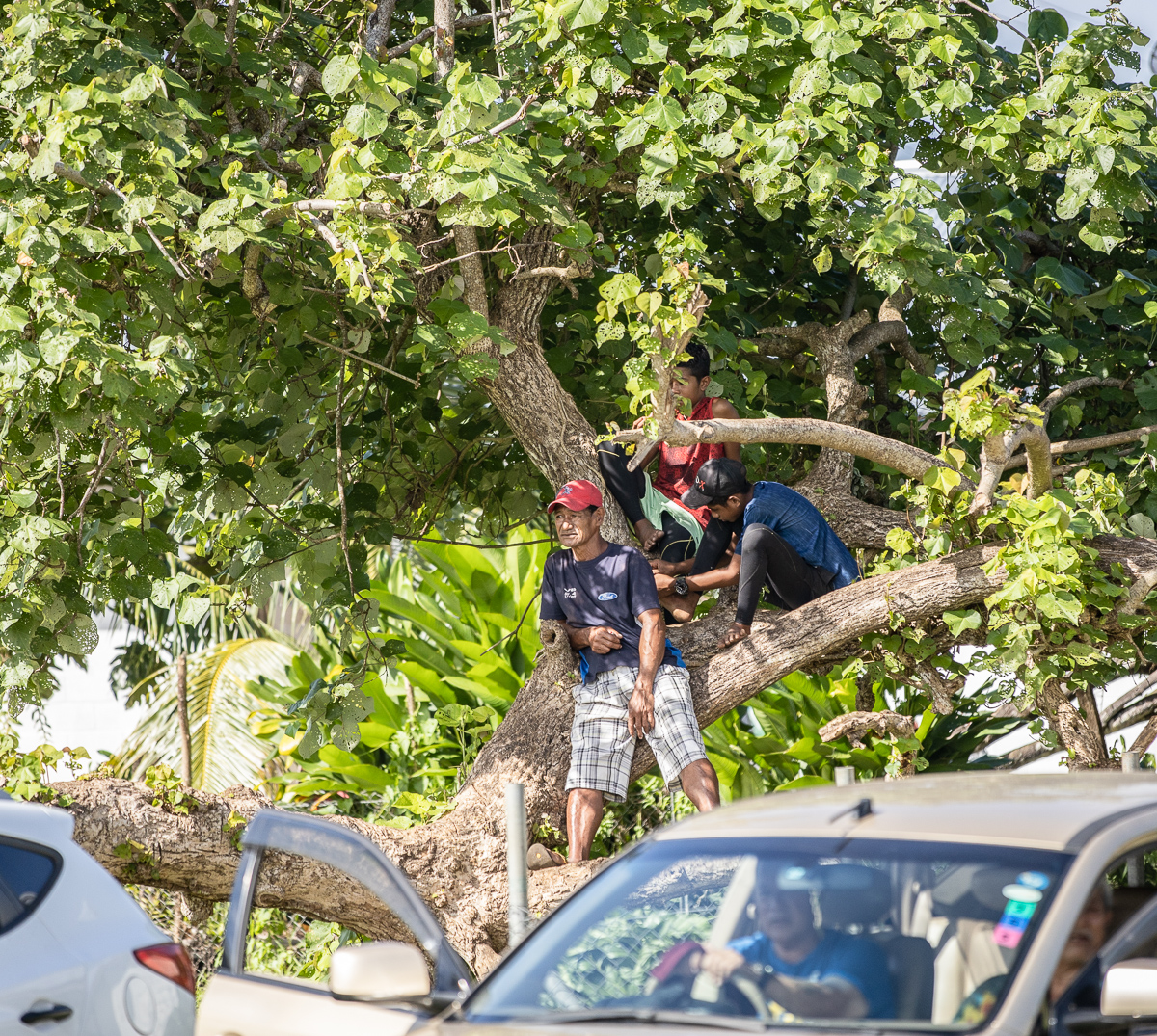 Other Senior A results: