Admission criteria for some faculties of the National University of Samoa have slightly changed. (Photo: Misiona Simo)
Education

The adjustments to the admission criteria was announced by Malosueilefilemu Angeline Alama (Director Student Services), Tuifuisaa Dr. Patila Amosa (Dean of Faculty of Science), and Saui’a Dr. Louise Mataia (General Foundation Certificate) in a press conference at the universit Friday.

"The decision was made because there have been cases (where) you don’t automatically come through once your reach 200 per cent, there are also other criteria which have been in place long time ago by each Faculty so they can get into the courses," said Dr. Matai'a. 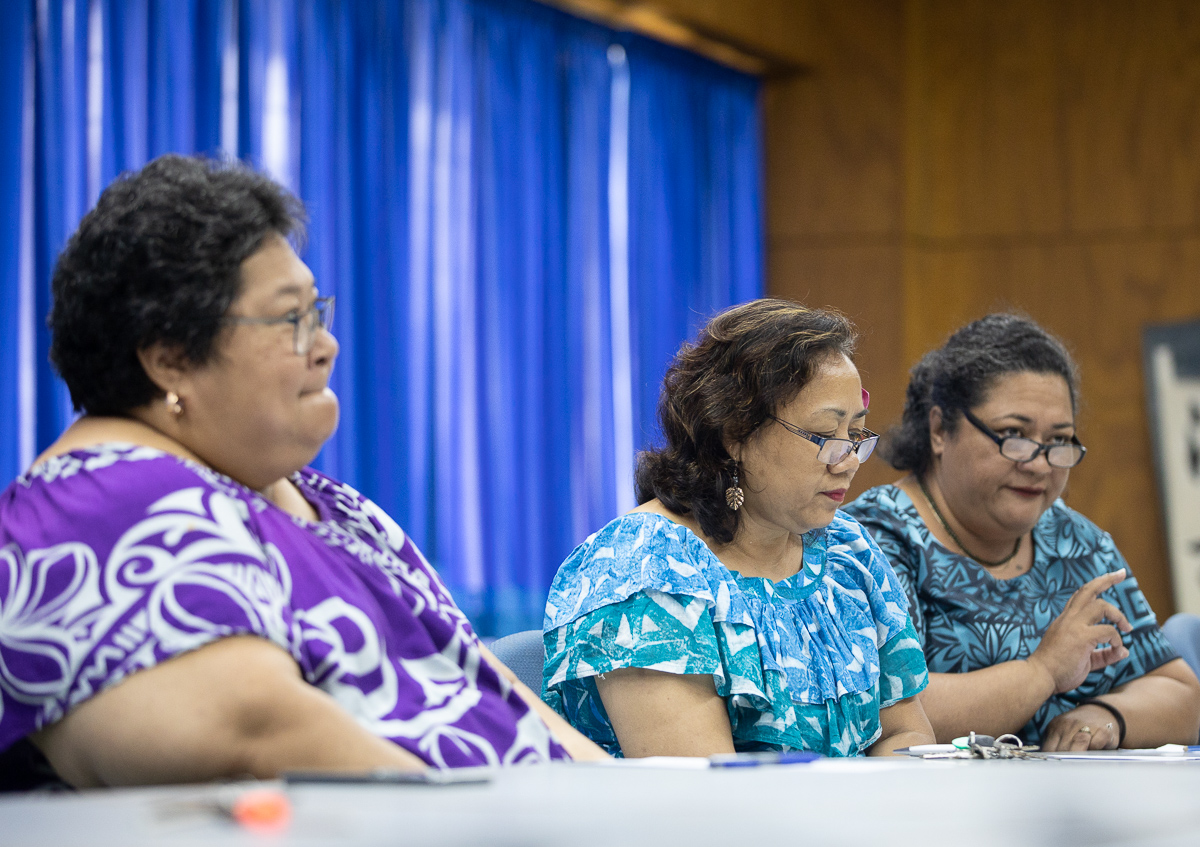 In addition, a student who has an aggregate of 200 per cent and is taking an arts or commerce programme, but then gains 50-59 per cent in english will have to enroll in and pass HEN003 in Semester 1 before proceeding to HEN004 in Semester 2.

A student who has an aggregate of 200 per cent and is taking on agriculture, education or science programme but gains 40-49 per cent in english will enroll in and pass HEN003 in Semester 1 before proceeding to HEN004 in Semester 2.

Each of the university's three main faculties — Faculty of Business and Entrepreneurship (F.O.B.E.), Faculty of Science (F.O.S.) and Faculty of Arts (F.O.A.) — take turns coordinating the general programme each year.

According to Tuifuisa'a, the change was proposed while the F.O.S. were the coordinators in 2018.

"Many issues were identified during enrollment when we did not know which course exactly to enroll the students in.

"Because there were students who reached 200 per cent, but with about only two passed subjects, like English and Samoan, and then we don’t know which Faculty to put them in, because each Faculty has their own core subjects these students cannot meet.

"Or the student comes in with three passes in English Samoan and health and PE; that’s not a core subject to some faculties foundation program so we decided that there should be four (faculties) and this is the only faculty that doesn’t specify the four courses that should be a pass.

"Because there are some children out there that no matter how many times we advise them we have suitable T.V.E.T. programmes they can go to, they just do not want to do it, they want to be in the foundation programme," she said.

Dean for the Faculty of Arts, Saui'a admitted they saw many students who could not make it into the general programme but said that this should not limit students' options in terms of them taking their studies further at the university.

In terms of the Foundation Science Programme, the amendments was approved in March this year, and will be implemented in Semester 2.

The change has allowed computing to be part of the entry criteria, allowing an extra option for the students.

"Many students pass computing but if it’s just computing and one other science subject, at the moment there they cannot enter foundation certificate of science because it wasn’t included in computing as one of the compulsory subjects to pass.

"It’s a popular course with students, and so we have decided that now with the popularity of technology coming in, and with technology and Computing seen as a science field, we thought it’s important to open up opportunities for the students from secondary schools and into the Foundation Science, if we include computing as one of the courses to pass," said Tuifuisa'a. 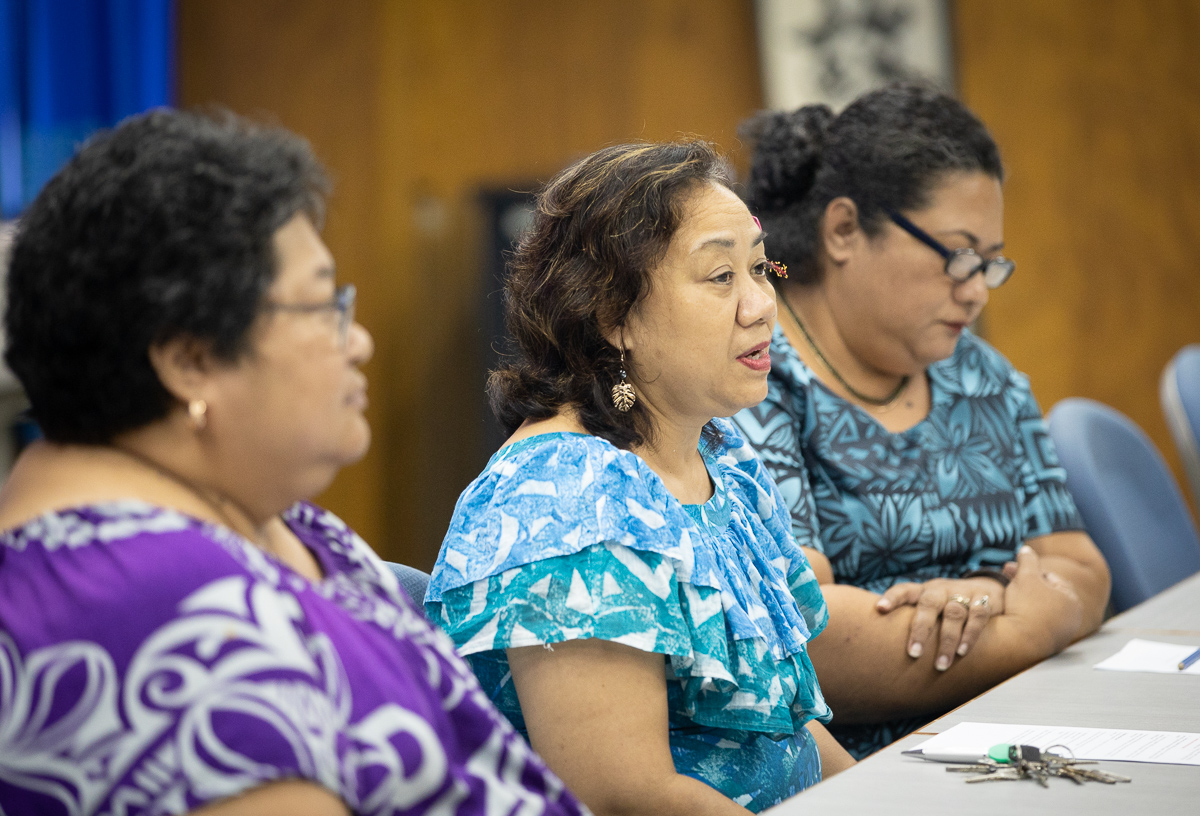 "It’s extending and giving that range to allow computing, especially now that the university is aware of the demand.

"It makes the student focus earlier, where they are deciding to go and it’s a transition that’s good for the students. Just in the efforts to increase the quality of our students," she said.

On claims that the university's efforts to increase the quality of it's students may raise concerns of limiting options to other students who are then pushed to pursue courses in Technical and Vocational Education and Training (T.V.E.T.) Programmes, Malosu'eilefilemu assured that the university strives for quality for all.

"What we’re offering here is just different choices, Foundation and T.V.E.T. are different but they have just as much value.

"Some people are more practical and that’s why they like T.V.E.T., doesn’t mean it’s any less important. Each student has their own strengths, some are more theory related, and T.V.E.T. is more practical component.

"And so if you look at that that’s how we try to cater for all those, and not trying to separate other students but we’re trying to offer for better options, because we need both these areas. So we’re just trying to offer qualified students or workforce for the development of this country. It’s quality for all," she reiterated.