Samoa A lost 31-21 to Junior Japan in the opening game of the World Rugby Pacific Challenge in Fiji yesterday.

Japan had overwhelming dominance in both the scrums and the lineouts, and a brilliant second half from Manu Samoa pivot Alai D’Angelo Leuila wasn’t enough to close the gap.

Samoa started poorly with Leuila putting the kickoff out on the full.

Junior Japan were playing at pace, and worked the ball within Samoa’s 22 when they were awarded a penalty.

Halfback Saito converted, and again from the resulting kickoff, Japan were looking to run the ball from anywhere

The finally lost it, and Samoa got their first use of the ball with five and a half minutes played.

They spread it wide but were going more sideways than forwards, and wing Pati Pati had the ball stolen when he took it into contact.

A penalty against Samoa lock Richmond Patea Seve for not using his arms in a tackle gifted Japan a lineout around 12 metres back from the tryline.

Japan centre Siosaia Fifita went straight through line far too easily, bouncing off Leuila to score a simple try and make the score 10-0 with 17 minutes played. 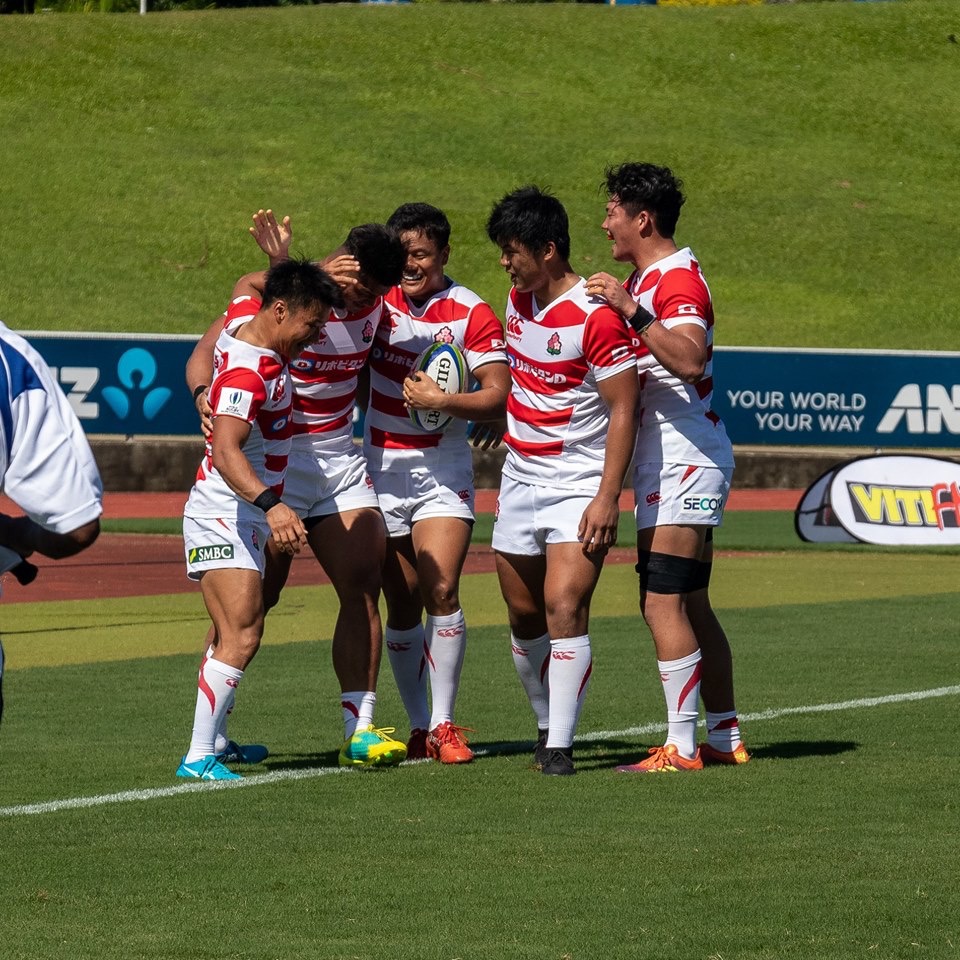 After the restart, Samoa won a penalty for offside, close to 50 metres away from the posts on the angle.

Leuila struck the ball well but it went to the right.

Samoa stayed on the attack, keeping the ball in tight for number eight AJ Sagaga to grind his way over and score.

After Leuila’s conversion the score was 7-10 after 26 minutes.

Japan were hot on attack for much of the rest of the half, but some dogged Samoan defence kept the scoreline the same.

Fifita open the second half with three broken tackles, before setting up first five Tomoki Kishioka to score with just two minutes played.

At 17-7, Fifita burst straight through the line again but the man inside him dropped his pass that should have created a try.

Leuila followed up his own high kick and got over the ball at the breakdown to win a very kickable penalty.

Samoa opted to go for touch, but lost their own lineout just five metres out.

Throughout the game their lineout was poor; Samoa won just one off their own throw.

One of many huge scrums for Japan set number eight and captain Shota Fukui up to break two tackles off the back and score, making it 24-7 after 50 minutes.

They followed up by winning a tighthead at the next scrum, and advancing the ball to Samoa’s 22 before conceding a penalty.

Samoa needed some inspiration, and got it through some nice offloading and a strong carry from hooker and captain Afa Aiono.

Then a pinpoint crosskick from Leuila bounced once into Simon Fauoo’s arms for the winger to run around and score.

It was a brilliant passage of play from Samoa A, that got the score back to 14-24 in the 60th minute.

Fauo’o turned villain when he received a yellow card for taking the man in the air in a mistimed challenge for the high ball.

As the clocked ticked over 70 minutes, Samoa were forced to defend well back up against their own tryline.

They eventually forced a knock on, but Fukui scored again after what could only be described as a tighthead pushover try at the defensive scrum five metres out.

They tried to keep playing attacking rugby, and when a pass went to ground Samoa had half a chance for an unlikely comeback.

Samoa made it over the tryline with a minute and a half left, but were held up.

A penalty to Japan sealed the game, and Samoa A will have to bounce back in their next game against Tonga A on Tuesday at 4:30pm Samoan time.