Cabinet has approved the establishment of a new Government authority.

To be called the Digital Transformation Authority, the Minister of Communications and Information Technology, Afamasaga Rico Tupa'i, revealed Wednesday in his speech that the Authority would be under the guidance of Prime Minister Tuilaepa Dr. Sa'ilele Malielegaoi.

The Minister's speech — which was read by the Communications and Information Technology Associate Minister, Lealailepule Rimoni Aiafi — was delivered during the opening ceremony of the third regional workshop on building cyber security capabilities in Apia.

“Cabinet has also recently approved the set up of a Digital Transformation Authority directly responsible to the Honorable Prime Minister himself...so very exciting times in our I.C.T. sector at the moment,” Afamasaga said in his speech.

Last month, the Minister said the lack of proactiveness by Government-recruited I.T. officers — to ensure their websites are updated and online — is the reason behind the push to establish the Digital Transformation Authority.

“The bigger problem is Ministry of Communication Information and Technology cannot direct those Ministries to fix their websites,” he said.

“That is why the Government is keen on the Digital Transformation Authority to set standards for Government, in terms of website to ensure all Government works are standardised." 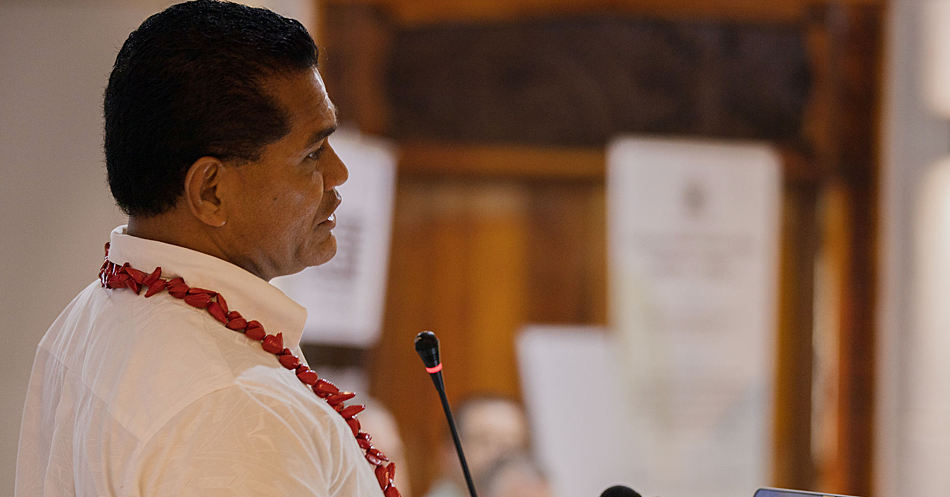 Afamasaga had also said earlier this year Cabinet approved and endorsed the setup of SamCERT under the umbrella of the M.C.I.T.

"Samoa right now is in the middle of transformative changes that started with the Digital Pacific Conference last year in June 2018, that we hope to turn into an annual event, whereby regional experts can come together to discuss and push for digital transformations that will be beneficial to the region as a whole," he said.

According to Afamasaga, Samoa has identified its three priorities for digital transformation as: Digital I.D, E-Health and Online Payments.

Talking about the workshop as an attempt to get its digital transformation efforts off the ground, he said the Digital I.D. is to be ready for the General Elections in March 2021.

Last year, Afamasaga said his goal for Samoa is digital identification for all citizens by the next election.

He proposed to Skyeye that they be the company to develop it for the region.

“I was thinking to myself, Samoa can be the place to develop the right software to build digital I.D. around the whole Pacific,” he said.

Explaining that the Government's work to enable private sector to innovate is well underway, Afamasaga said it is Samoa’s time to lead the region in terms of I.C.T.

₶ This story previously reported that the Minister of Communications and Information Technology, Afamasaga Rico Tupa'i, spoke at the opening ceremony of the third regional workshop on building cyber security capabilities in Apia. But that is not correct as it was the Associate Minister, Lealailepule Rimoni Aiafi who read his speech on his behalf.