After a year of research with the Ministry of Health, Ivy League undergraduate and Fulbright Scholar, Trevor Anesi, is heading back to the United States of America.

Fresh out of a Bachelor’s degree in public health and pre-medicine at Brown University, Mr. Anesi travelled to his homeland Samoa under the Fulbright Programme to research barriers to healthcare last year.

Fulbright scholars can choose anywhere in the world to conduct their research, but Mr. Anesi chose Samoa. The year before that, he was in Samoa researching with the Yale School of Public health on obesity and children.

Speaking to the Samoa Observer, Mr. Anesi said choosing to research in Samoa was important. Firstly he wanted to connect with his Samoan heritage, with his roots being in Vaivase, Vailoa and Fogapoa Safotulafai Savai'i.

He also wanted to see people like him in leadership roles, something he hardly sees in the United States of America.

“It was really empowering to come here and see that oh, people that look like me are in charge, and doing well and doing great things for the community, so why can’t I?,” he said.

Seeing role models helped him realise that he is probably a role model to others as a Samoan boy in the Ivy League world, which is still unfortunately a rarity. Just 0.2 per cent of Brown University students are of Native Hawaiian or Pacific Island heritage.

Usually a private person, Mr. Anesi was reluctant to give an interview.

But his mother, Francis Mona Anesi, encouraged him, saying “you are not doing this for yourself.

“Your story might help inspire somebody, because if Trevor can do it, I can do it,” she said.

“I hope this becomes a norm, that many Polynesian or Samoan kids go out to higher learning institutions, then go back to their island and give back to their community,” Mr Anesi added.

“Or if they are like me, try to rediscover their heritage and learn more about themselves.” 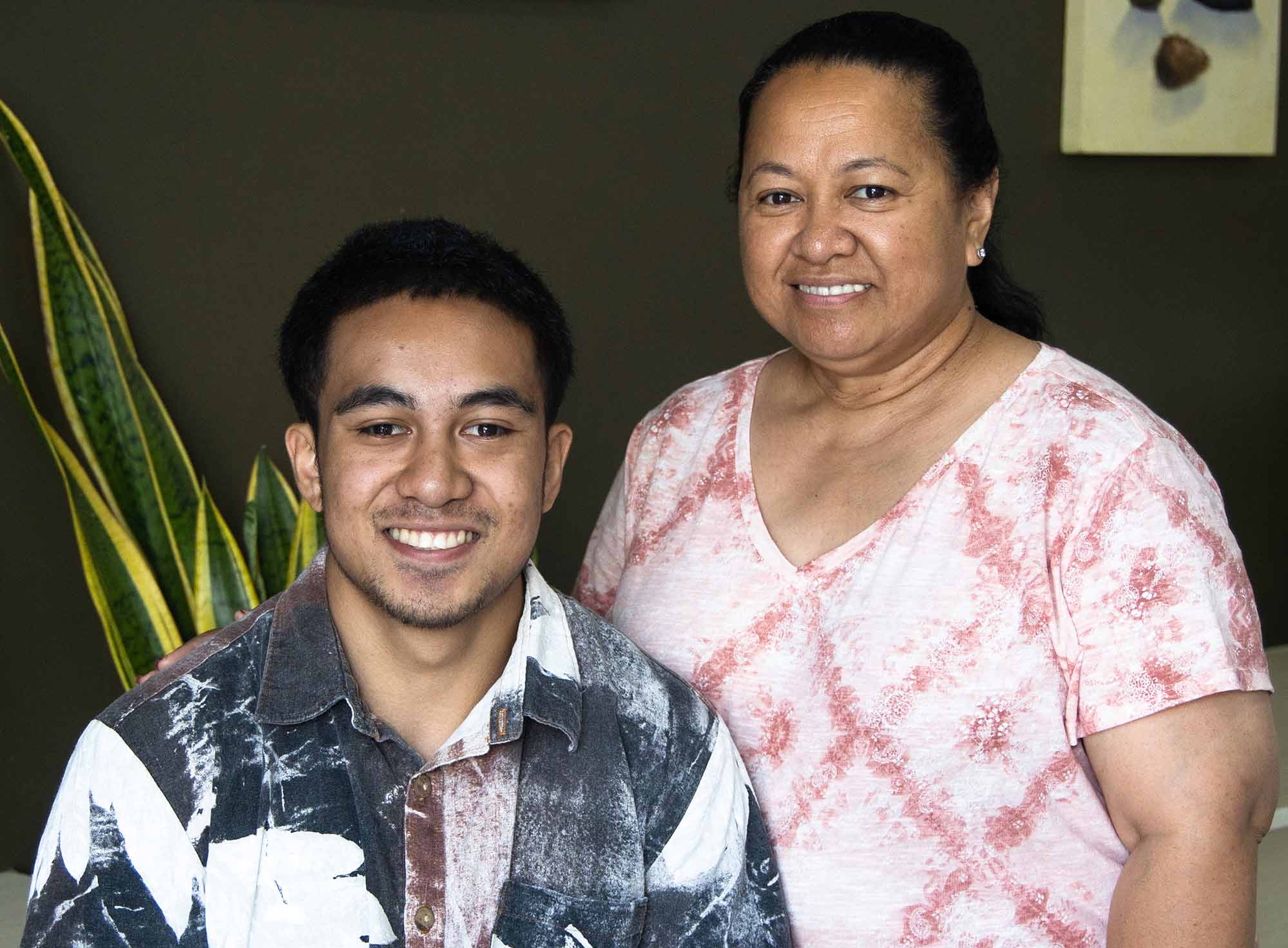 It was a big jump from a small public school to the institution that is Brown University, a private Ivy League research university in Providence, Rhode Island. It has a 9.3 per cent acceptance rate – just nine out of every 100 applicants get to study there.

Soon, Mr. Anesi will undertake his medical studies, which could take between four and 10 years. In a month he will begin a year’s work at the Children’s Hospital in Los Angeles, as a research assistant in the Orthopaedic Department before applying to medical colleges for 2020.

Mr. Anesi’s successes are partly attributed to his parent’s fierce advocating for him to receive only the best education in California, where they raised him.

To ensure his success, they even sacrificed their language, hoping that as a primarily English speaking child he would be given the best attention at school.

“If you don’t fight, and advocate for your child to get the right education, it’s not given to you automatically,” Ms. Anesi said.

“Where we lived, if you’re not Caucasian, the kids are written off. They automatically look at the last name, whether that’s Samoan or Hispanic, they would put kids in English as a Second Language class.”

Though Mr. Anesi and his mother wish he had learned Samoan today, especially as he navigates his homeland as a researcher in public health, his parents still partly credit his successes to that choice.

“His dad will often joke, ‘I don’t think you would be at Brown if you learned Samoan', meaning, if you were put in these ESL classes, [the teachers] wouldn’t have even cared [about you],” Ms Anesi said.

Mr. Anesi’s Fulbright research for the past year has been about assessing and understanding barriers to primary care access. He visited villages both rural and urban to interview people about how they are accessing healthcare, and their experiences of it.

“I go out into villages with a tape recorder and ask people 12 questions, but it’s just semi structured, allowing them to go on tangents if they feel like it’s relevant,” he said.

“I really wanted to use qualitative research because, I know I don’t speak Samoan but there is a rich oral tradition so people would be more receptive to that. I wanted to pay tribute to that.”

The health and medicine world has been close to Mr Anesi’s heart. Not only is he the great-grandchild of Taulapapa Dr. Malaefou Anesi, pioneer in surgery at the Moto’otua National Hospital, but when he witnessed his mother’s brother die of a genetic heart virus, he felt deeply frustrated that doctors couldn’t help him more.

“I could see how it affected everyone around us, especially his kids, my baby cousins. I wanted to help prevent future situations like that.

“Most of my interest in public health started in health disparities. I think it’s really unfair that depending on your zip code, where you were born, you are predisposed to certain health outcomes,” Mr Anesi said.

Making sure no matter where you live in relation to Apia, you have access to health information and services are top of mind for him and his research team.

Being in Samoa, he said he’s developed an appreciation for healthcare as more than just medicine. It’s about interactions with your patients too, Mr. Anesi said.

Too many people he interviewed reported bad experiences with doctors and nurses, which stopped them from seeking further treatment. And for people with chronic conditions like diabetes, that can be deadly.

He has hopes to return to Samoa one day, on a medical college exchange programme or with an organisation like Surgicorps International, which visits Samoa frequently.

The Fulbright Program is a highly prestigious scholarship program, providing 8000 grants annually to high-achieving students around the world. While there is no readily available data on how many Pacific Islanders have been awarded Fulbright Scholarships, some recent examples include: Audit Director at the Audit Office, Pilisita Leota, and Tokelauan Samoan Melanie Puka.