Meiapo Faasau from the International Federation of Red Cross and Red Crescent Societies and Losaline Teo, Crown Counsel in the Office of the Attorney General in Tuvalu moderated the roundtable session on climate change and international humanitarian law. (Photo: Misiona Simo)
Climate Change

Climate change is the single greatest threat to the well being and security of Pacific peoples, according to the leaders of the Pacific Islands Forum, and its effects may spill into armed conflict.

At the International Committee of the Red Cross (I.C.R.C.) 2nd Pacific Island Roundtable on International Humanitarian Law, lawyers and leaders from the region sat to discuss whether there is overlap between international humanitarian law (I.H.L.) and its limits on the world of war, and climate change.

For Commonwealth Secretariat Director for peace and governance, Katalaina Sapolu, the link is clear.

“Extreme weather conditions can lead to water shortages, food shortages, when crops die it can lead to starvation. And a hungry man is an angry man,” Ms. Sapolu said.

“It is in those moments, when you have the effects of climate change, extreme poverty and extreme hunger; people will crowd to areas where there will get resources. If there is not enough space all of that condensation of people in one small area can lead to conflict.”

Georgia Hinds, the Pacific Regional Legal Adviser for I.C.R.C. said it is an issue the organisation is struggling with. 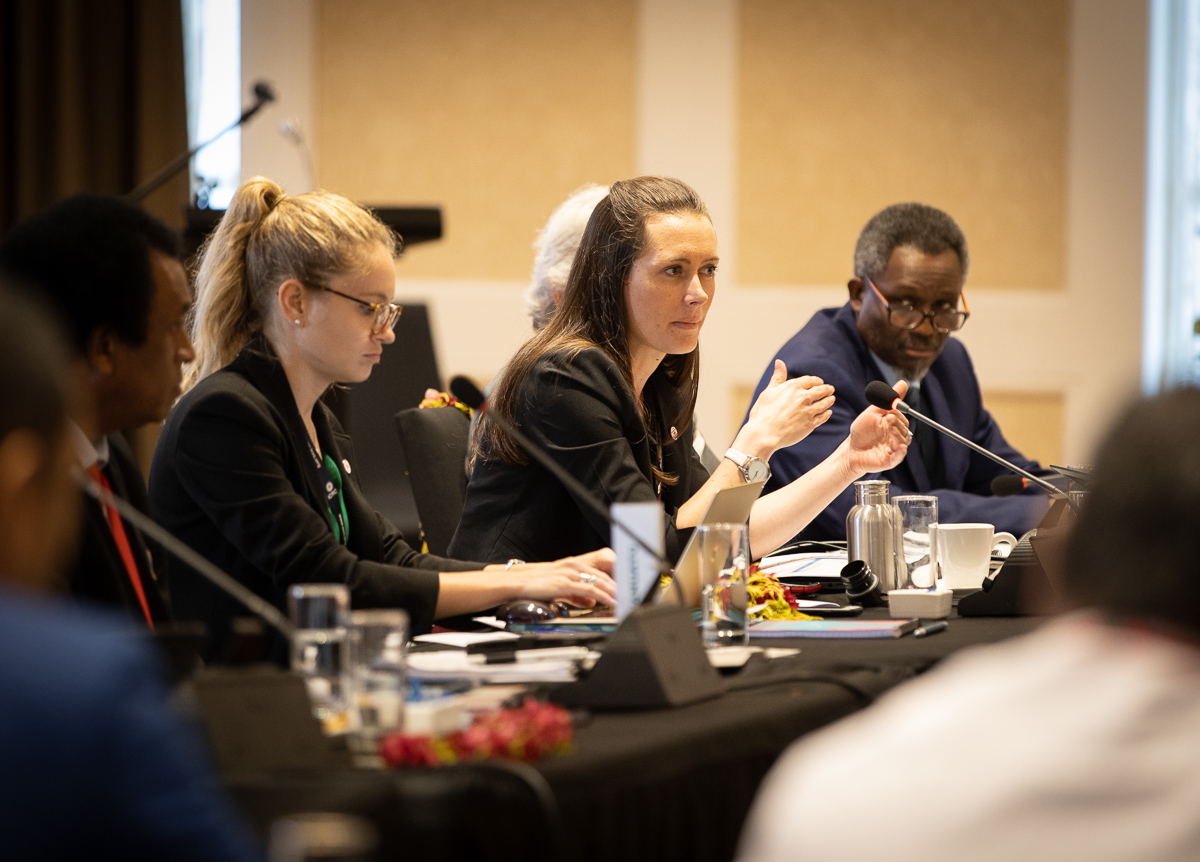 Climate change and its impacts on, or interactions with conflict have not been greatly studied by humanitarian organisations yet, Ms Hinds said. It is still a new area for I.C.R.C., which is why the roundtable discussion in the Pacific and others around the world are important.

“What we are trying to do is hear from affected populations about their lived experience, to share our observations about the fact that when we do see populations that are affected by climate change, it affects the especially vulnerable – the elderly, the disabled, as does conflict,” she explained.

“As a lawyer I am also skeptical about being too hasty in making these causal links and it is certainly not something that the I.C.R.C has found so far that if we have climate change therefore there will be conflict.”

Findings from roundtables on climate change, conflict and I.H.L. will be compiled in a report and presented later this year.

The I.C.R.C. Regional Director for the Pacific, Vincent Ochilet said it is too early to make a direct link between climate change and I.H.L.

There are rules in I.H.L about protecting the environment during times of conflict but this is separate to any links between increased conflict as a result of climate change, he said.

"Personally I don’t feel comfortable to make a direct link between climate change and I.H.L,” Mr Ochilet told the roundtable.

"What we [the I.C.R.C.] have noticed is that the impacts of climate change can lead to migration, and then migration puts migrants at risk.

"Migrants and host communities have some difficulties to leave together because of scarcity of resources. Those difficulties can lead to conflict." 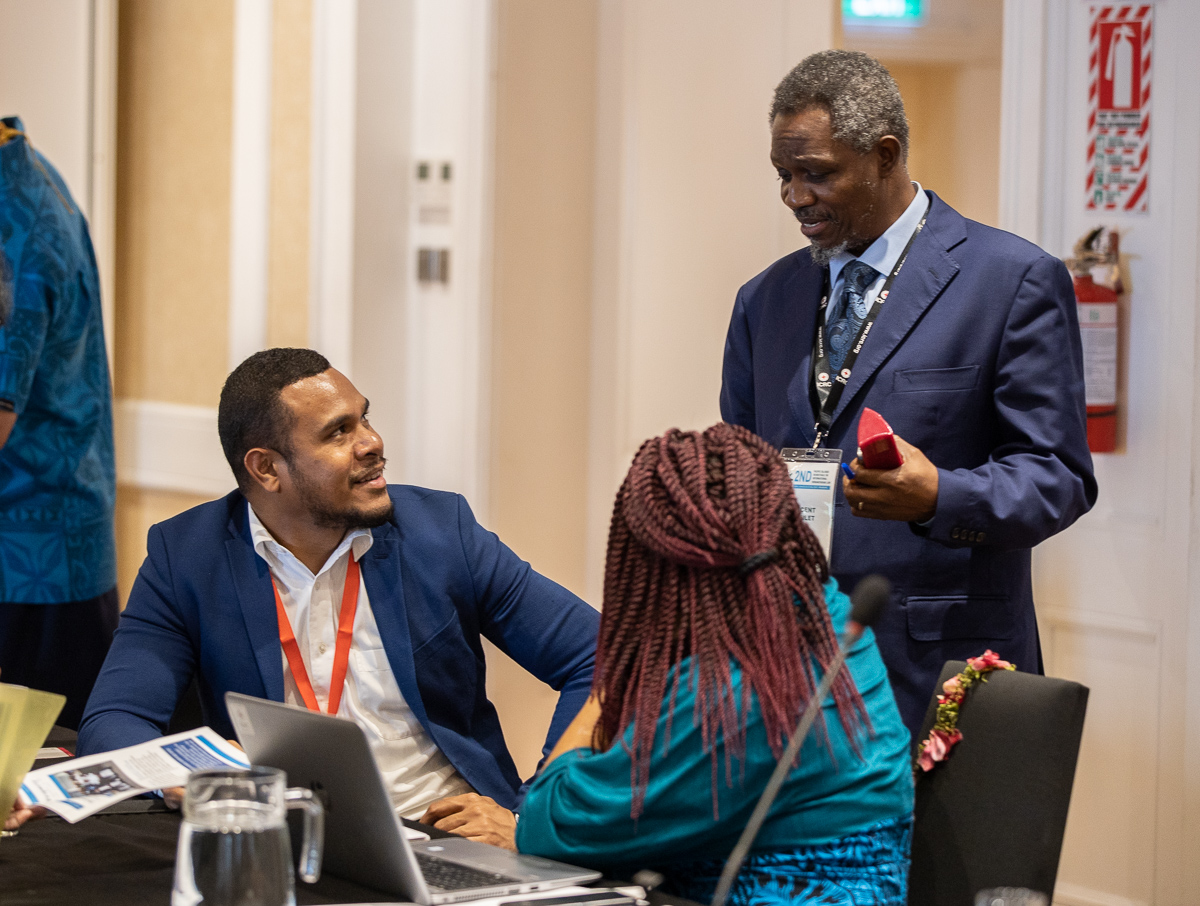 Frederick Mahuru Tamarua, acting deputy state solicitor from the Papua New Guinea Department of Justice and Attorney General said there is lot of potential for a discussion on the overlap, even if today the connection seems tenuous.

“I for one was trying to connect the two, and trying to find the nexus where these two important issues overlap,” he said.

“Sometimes there is probably no overlap and you are trying to force and overlap, so with all of that mind I think it is important.”

But as home to some of the world’s first "climate change refugees", Papua New Guinea has lessons to learn and teach the world about resettling displaced peoples due to changes in their environment.

Many Tuluun people were relocated to Bougainvillea and families were given a hectare each to start their lives again. Mr Tamarua said governments and people need to consider the social ramifications of resettlement as well.

“A totally different ethnic group moving to another group, Polynesian looking people moving to a another group which are primarily black people… maybe in other parts of the world that could become a problem, thankfully for us it wasn’t.”

When it comes to conflict and climate change, however, Mr Tamaura said as long as the effects of climate change are mitigated they should not be exacerbating factors which lead to conflict.

This could be a potential overlapping area for the I.C.R.C. to consider, he said.

“Climate change has been discussed as being a cross cutting issue I think that cut is quite thin there in the context of IHL but I think it is worth discussing in the context of disaster or climate resilience.

“In responding to climate resilience generally it [should be] in such a way that if there is an armed conflict then those effects of climate change are mitigated, those are no longer an exacerbating factor to all of that.” 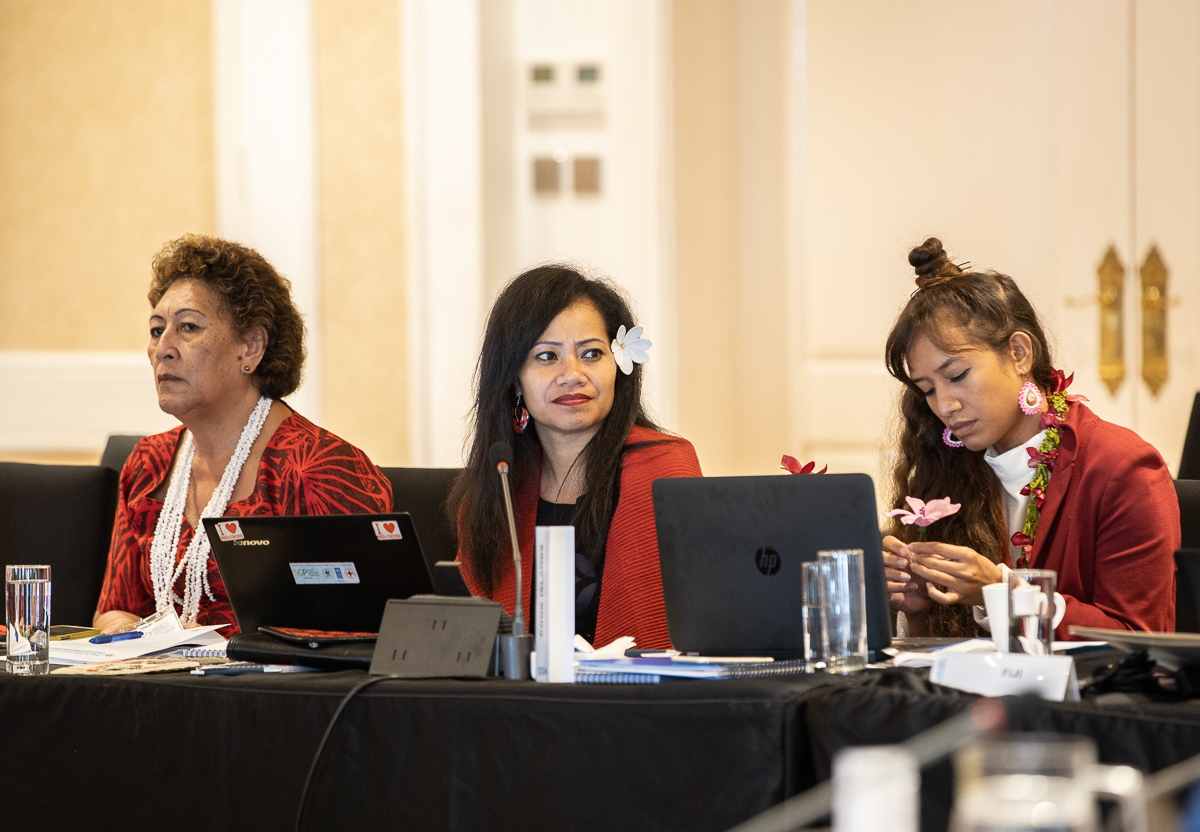 Cook Islands Red Cross Society Secretary General Fine Tuitupou said the two issues should be considered against each other but not overshadow each other.