Honourable Fiame Naomi Mata'afa, Acting Prime Minister of Samoa opened the 2nd Pacific Island Roundtable on International Humanitarian Law, saying that despite relative peace in the region, international humanitarian law is not only relevant to the Pacific, but it is incumbent upon it to encourage its application globally. (Photo: Misiona Simo)
Climate Change
Education
Politics

International humanitarian law needs the world’s respect and recognition if it is to have effective limitations on conflict, the International Committee of the Red Cross believes.

“We see direct attacks against civilians and key infrastructure including hospitals and schools, and we see the delivery of humanitarian access being blocked,” Mr. Arrigoni said.

“This is obviously against the fundamental rules that all states, including those in the Pacific agreed to in the Geneva Conventions.”

Mr. Arrigoni believes the problem lies in a lack of compliance with the law, and a lack of respect for it. He said more respect for I.H.L. and for humanity is “perhaps the single most effective way to reduce suffering in war". 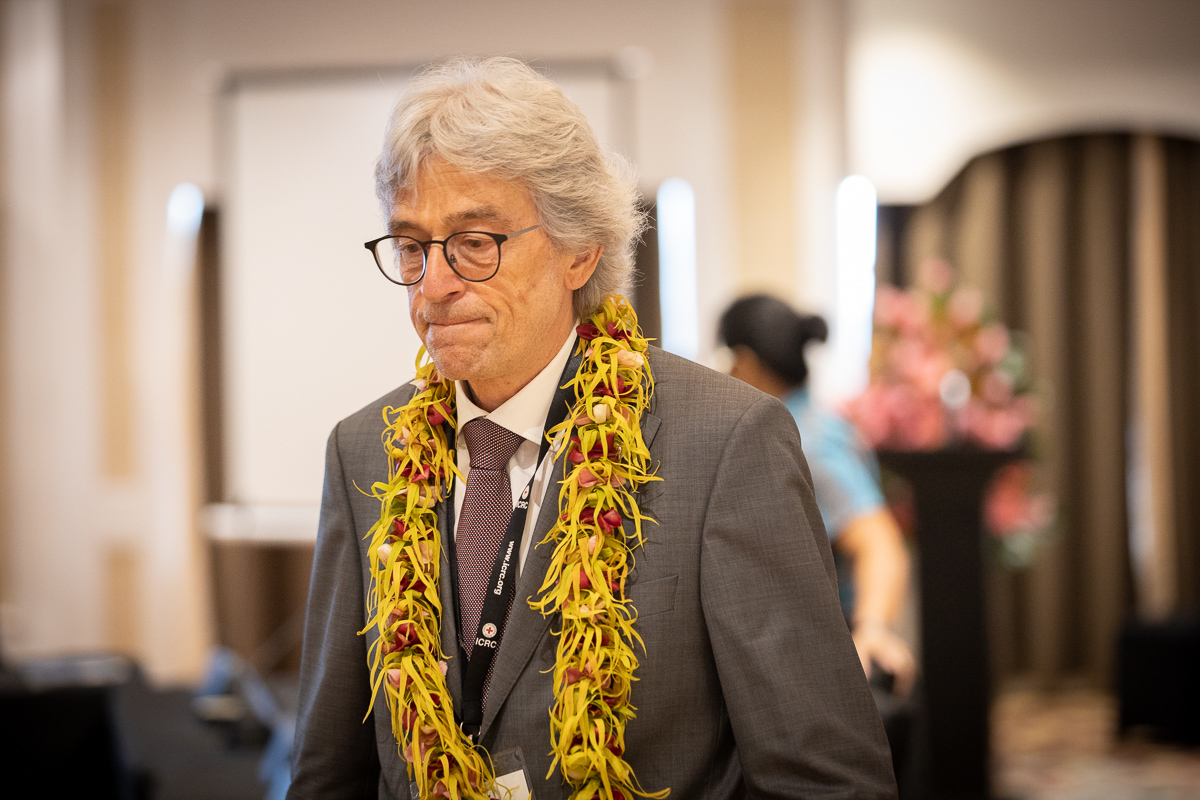 While the Pacific is widely considered to be a peaceful region, it is not immune to armed conflict. Bougainville, Papua New Guinea and the Solomon Islands have each seen their share of bloodshed, either from inter-tribal fights or civil conflict.

And atolls across the Marshall Islands continue to see contamination from nuclear testing conducted by the United States between 1946 and 1962, and rising sea levels are causing concerns the infamous site of the nuclear clean up could end up under water.

“Everyone here as a stake in promoting respect for I.H.L. globally,” Mr. Arrigoni insisted.

“None of us are fully immune to the consequences of a failure to do so, even in the absence of active armed conflict in the region.”

Acting Prime Minister Fiame Naomi Mata’afa, and keynote speaker Katalaina Sapolu, Director for Governance and Peace Directorate of the Commonwealth Secretariat also touched on the issues of relevance of I.H.L. for the region.

“The question of whether I.H.L. is relevant in a region such as ours which is small and where armed conflict is almost non-existent is fair and warrants a meaningful reply,” Fiame said.

“We have a role to play, in ensuring I.H.L. is respected in our region, but also in the global arena.” 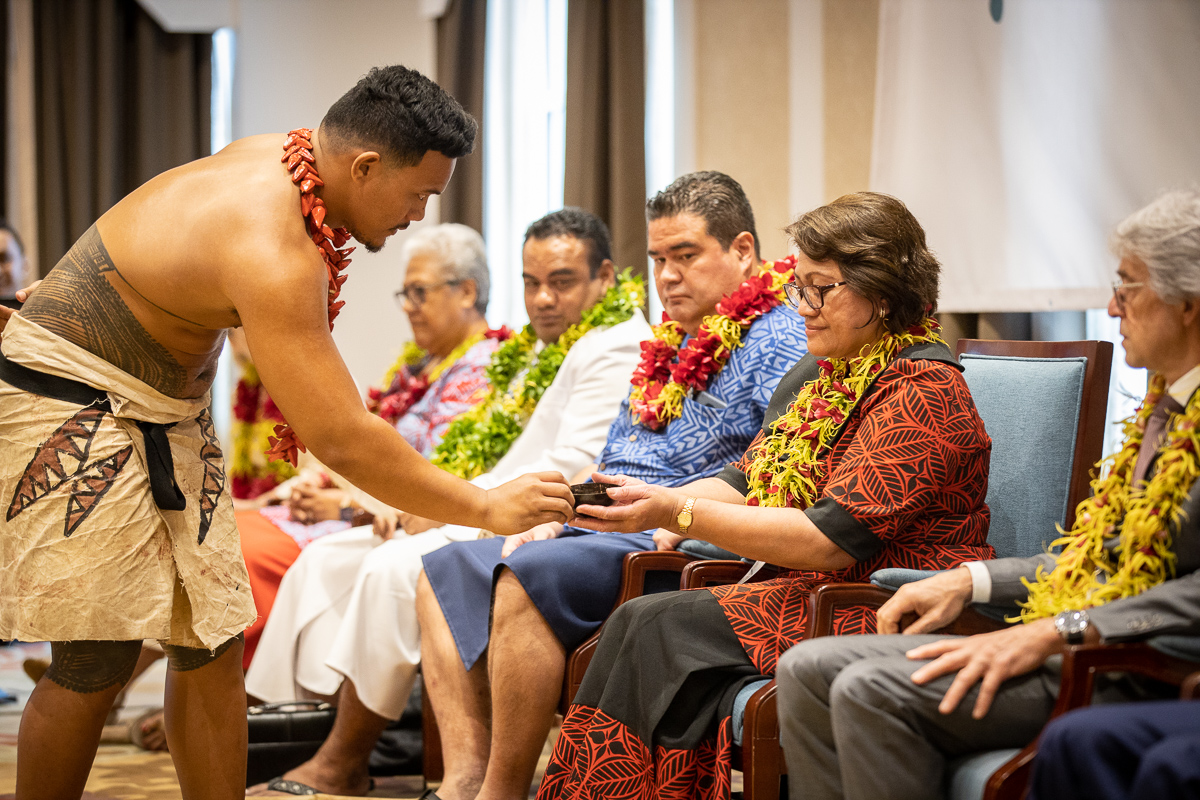 Ms Sapolu said it is easy to be cynical when answering the question of relevance, but argued the roundtable is about prevention, and preparedness.

The complex issues of cyber security and climate change will see new and challenging applications of I.H.L., and the region needs to get ready for that.

“The effects of climate change are now an important contributory risk factor in many armed conflicts,” she said.

“Greater respect for I.H.L. may help reduce climate risk to vulnerable communities and the environment itself.”

The Second Pacific Island Roundtable on I.H.L. continues today with discussions on the Geneva Conventions and a Pacific perspective on I.H.L., as well as challenges and opportunities for the future. 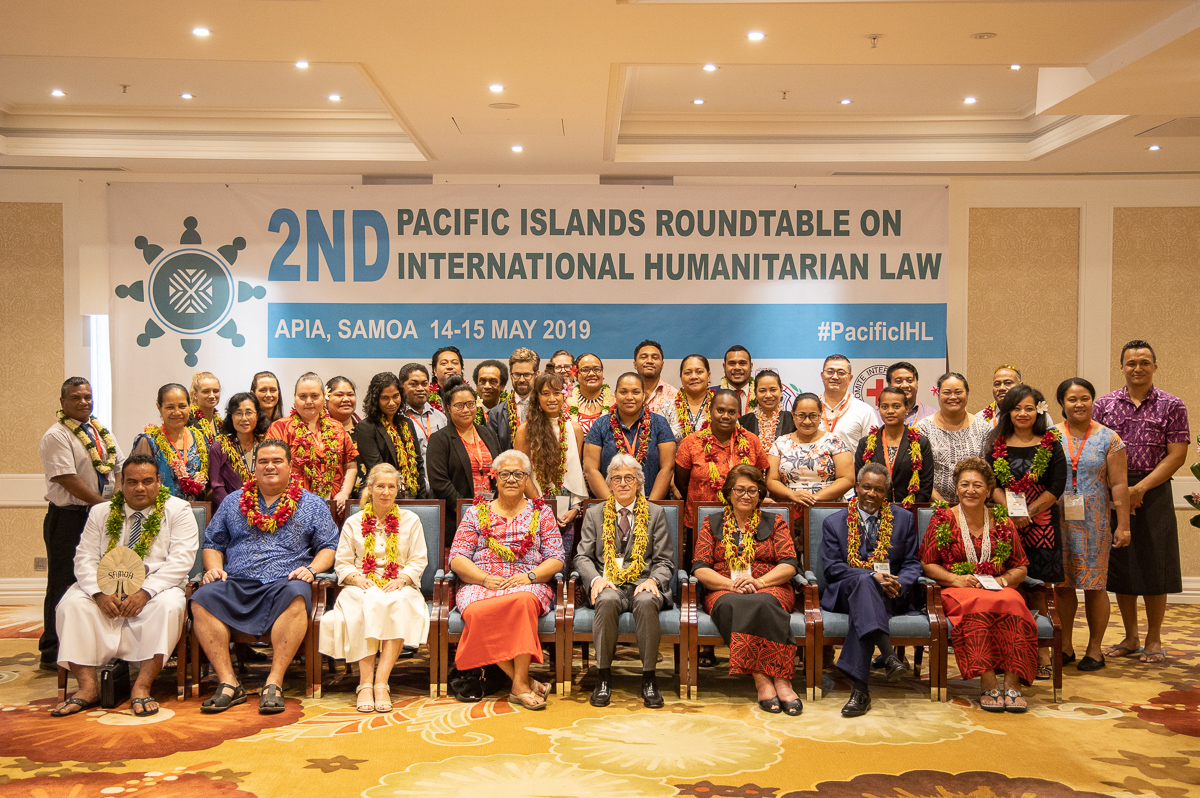