A New Zealand Army dental team are in Samoa and they have noticed the high sugar consumption levels and the damage it does on teeth, particularly amongst the children.

Major Phil Worthington of the New Zealand Army said he has done a bit of work in the region and the cases are very similar.

"[We've] worked on some of the islands in the South Pacific and unfortunately we see the same picture and it’s around the consumption of sugary products.

"Particularly the sugary drinks, without mentioning any brand names, anything that’s fizzy with sugar in it seem to be damaging teeth particularly children teeth.  And we’re seeing many youngsters who we’ve seen have very very badly decayed teeth, it’s a sad travesty," he said.

The team led by the N.Z. Regional Dental Commander have seen almost a 100 patients since arriving in Samoa last Wednesday.

Working out of the Poutasi Hospital, he said the older population who have come in to see them, seem to have a better condition with their teeth.

"The adult population has better teeth because they’ve probably grown up in a time where sugar was not as freely available as it is today.

"So the message would be sugar is destroying the oral health of a lot of people and it’s also causing problems for Samoa around diabetes and obesity and so we see those problems are very much the same we see back home in New Zealand," he said.

He stressed that traditional diet is still the best diet for oral health.

"Traditional diet is fantastic and although it’s nice to be able to buy sweets and treats for their children, you’re not doing them any good in the long term.

"Their teeth are suffering and it’s unfortunate because the dental care is not as really available as it is for some other communities mainly just to get back to the basics," he advised. 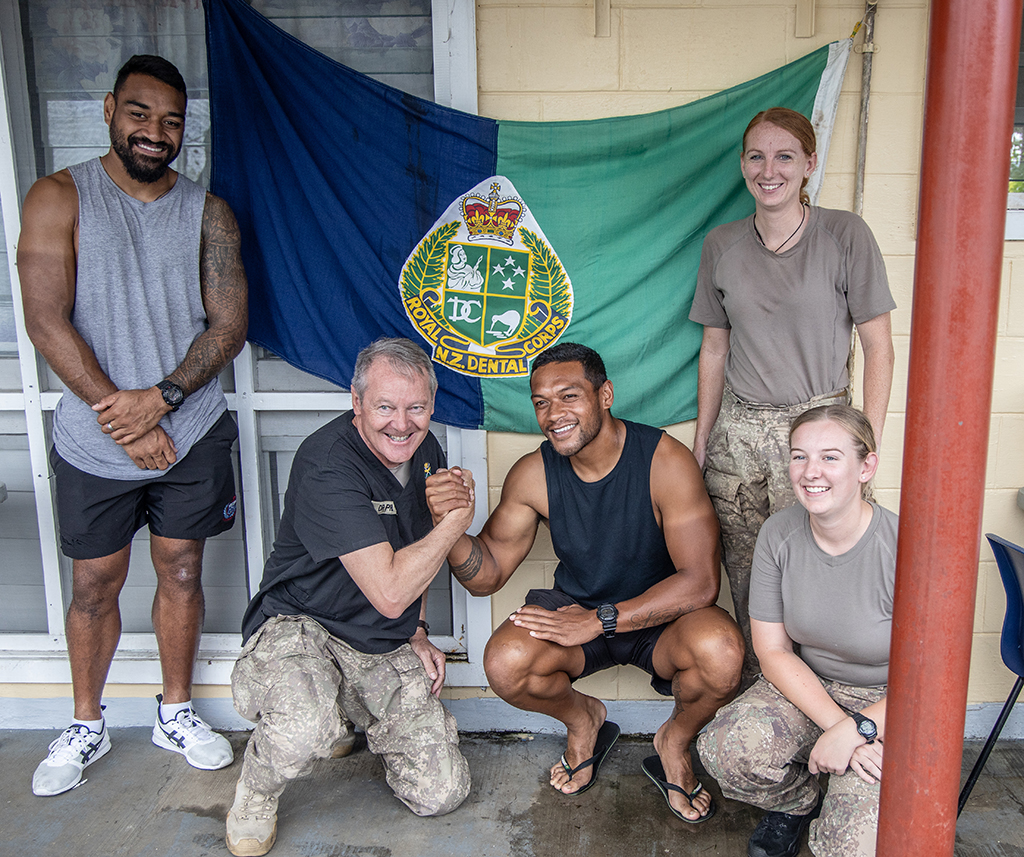 Tomasi Alosio expressed his appreciation towards the team from New Zealand for their dental commitments in Samoa and the region.

"So back at home in New Zealand its really expensive for us so you know if it wasn’t for the feds force and Phil and the team here I would never have seen a dentist, because probably the last time I’ve seen  dentist was more than 10 years ago.

"So really thankful for these guys, for giving time out to come here and help the locals, especially us boys. But you know it’s really heartwarming for them to come and help the people there who need it and it’s something you don’t see but its real important that you get your teeth checked and you’re using them every day," he said.