140 kilograms of rubbish packed into 220 meters of seawall

Samoa’s Pacific Games paddling crew, Team Samoa Vaa and the Samoa Outrigger Canoe Association collected 140kg of rubbish from the seawall in just an hour on Saturday morning, after their regular and rigorous training session.

Alongside the waste management team from the Secretariat of the Pacific Regional Environment Program (S.P.R.E.P.) Anthony Talouli, Deborah Buckley and Robert Sullivan, the team clambered along the rocks and extracted hundreds of pieces of Styrofoam, plastic bottles, cans and even several rubber sandals.

The clean-up is part of the effort to clean Samoa in preparation for the 2019 Pacific Games, as well as audit waste for future games, or similar scale events.

Deborah Buckley is a Peace Corp volunteer at S.P.R.E.P., and she was able to explain why the team spent their morning cleaning after training, in between documenting the rubbish as it got sorted. 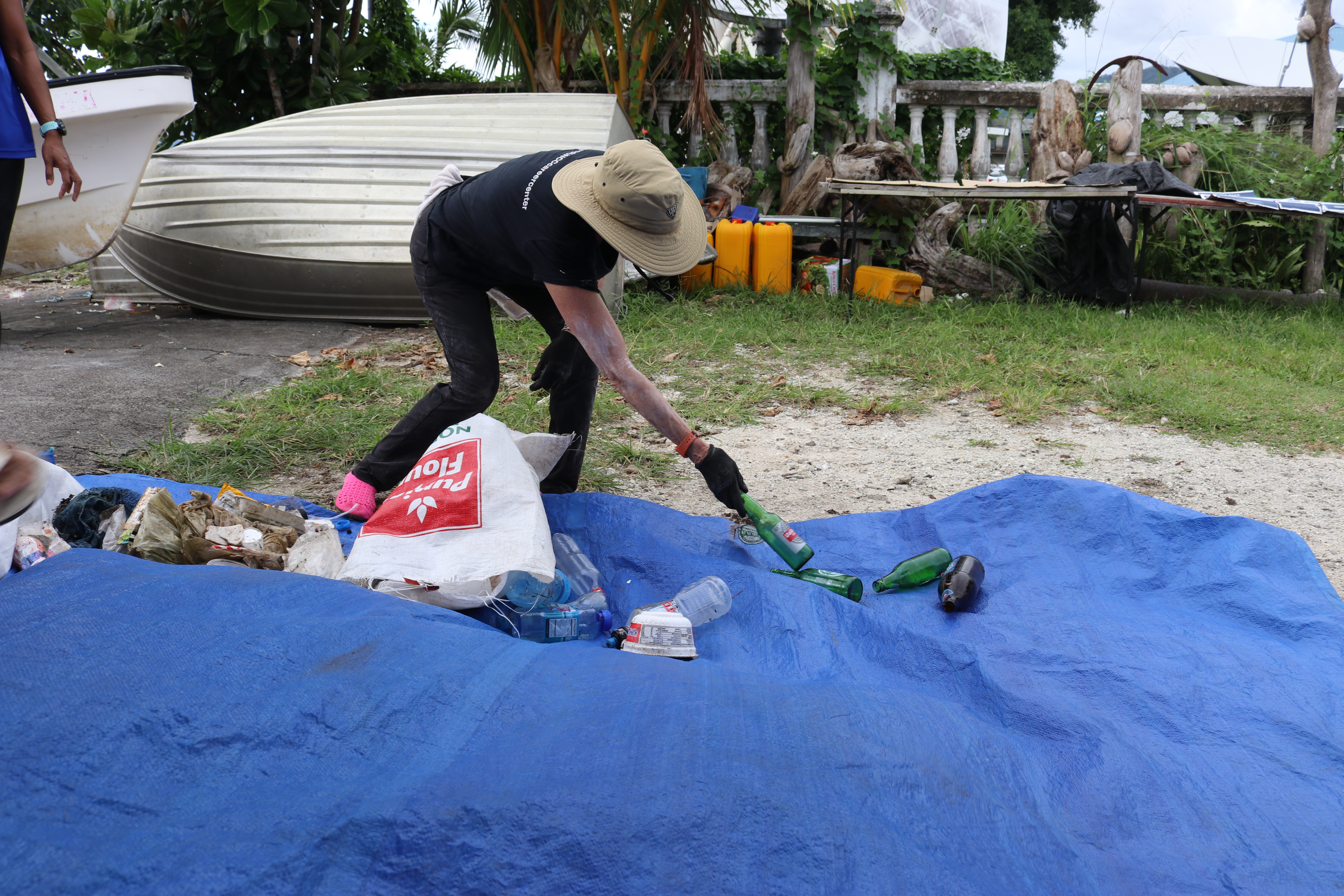 “People don't think of the trash problem being as bad as it is because they can't see it, unless they're out in the water,” Ms Buckley said.

“We certainly can be smarter about it single use water bottles for example, we don't need to be buying single water bottles all the time. So far in just four bags of trash we have over 60 plastic bottles, many of them still full of water, or half drunk.”

The team spread out across the seawall between Sails Restaurant and Bar, and the Apia Yacht Club, a space of just 220 metres. They collected 22 massive flour sacks of rubbish, which weighed 140 kilograms,

When the Samoa Observer went to visit their progress, the crew had sorted four of the 22 sacks. But they had already found 60 plastic drink bottles, 20 Styrofoam takeaway food containers and 30 cups and plates, 40 soft drink cans, 20 food wrappers from chips and snacks, and even 11 sopping wet, smelly baby nappies.

“Oh, nappies, that’s the one that gets me,” sighed Ms Buckley, adding another couple of ticks to her tally.

“It seems to me if you're changing your baby, you should be able to take it home with you, not let it get washed out to sea.”

The team sorts the rubbish and they repack it separately into sacks, some of which can be sent for recycling overseas. Plastic bottles and soda cans are the lucky ones.

“The rest, unfortunately, has to go to landfill,” Ms. Buckley said.

“Styrofoam and plastic just never disintegrate,” she added, after being told to add over 200 pieces of Styrofoam, big and small to the list.

“It will be with us the rest of our lives. When you see it in the ocean and you know it will break up and it could end up in the body of a fish or a duck, it's just - how many plastic lids? Oh, eight.”

But interestingly, Ms. Buckley and Anthony Talouli, S.P.R.E.P’s Director of waste management & pollution control have seen barely any plastic shopping bags and straws, likely a direct result of the January 2019 ban on both products.

“So far I have had five plastic straws and no plastic bags or shopping bags, so bravo Samoa!” 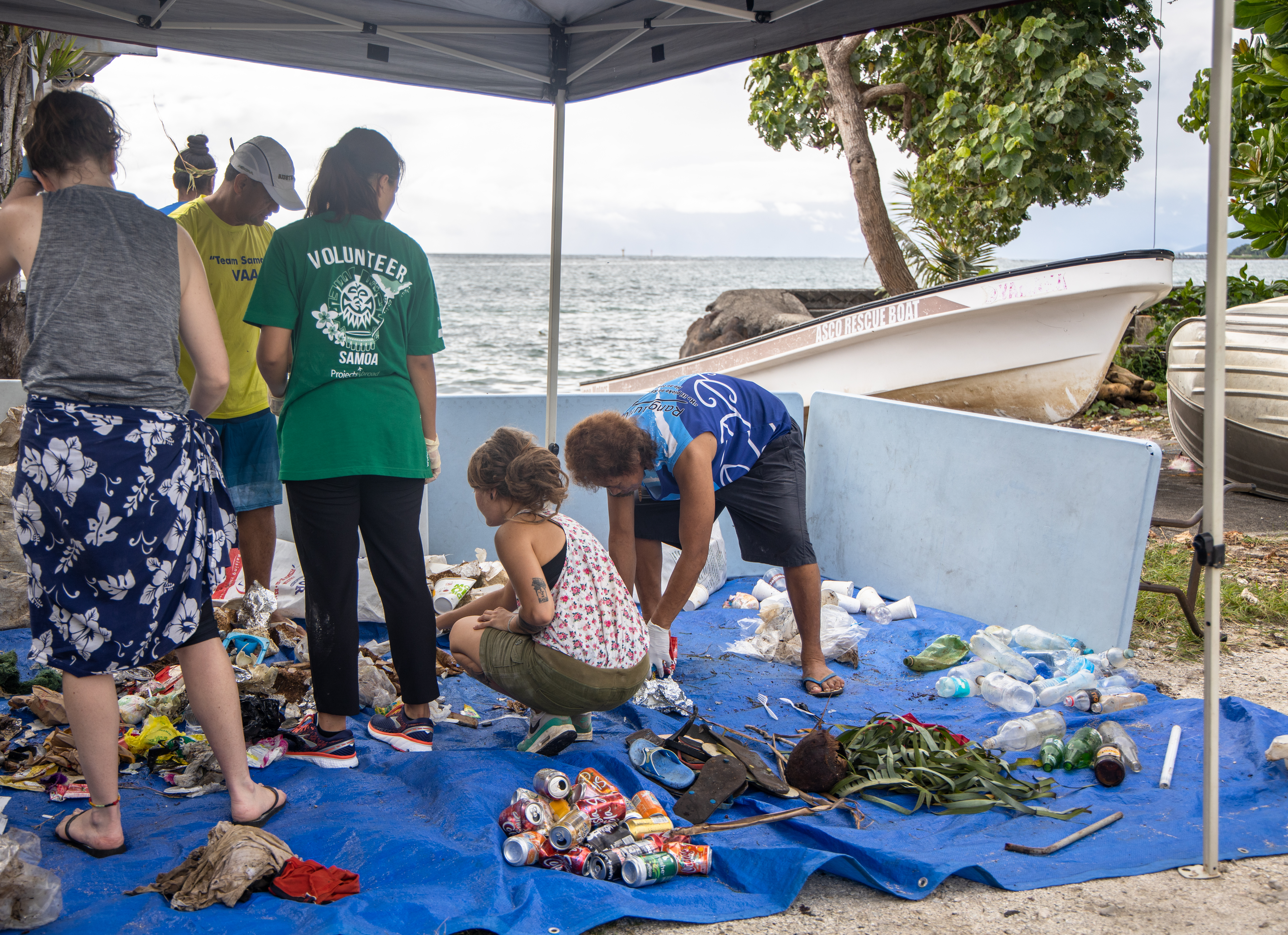 Despite the bad smells, and the effort, Team Samoa Va’a member Tauvaga Farani looked satisfied, surveying her hard work sorting sacks of rubbish across the tarpaulin.

“It's very hard for us to get down, under the rocks and get all this rubbish”, she said. Ms Farani wants Samoans to take more responsibility for their rubbish.

“If you finish using it and you don't have a rubbish bin, put it in your car, in your bag and take it home,” she said.

Mr Talouli and the S.P.R.E.P. team will continue their waste audit on the 25th of May with a city wide clean up and data collection. Volunteers are welcome to participate. 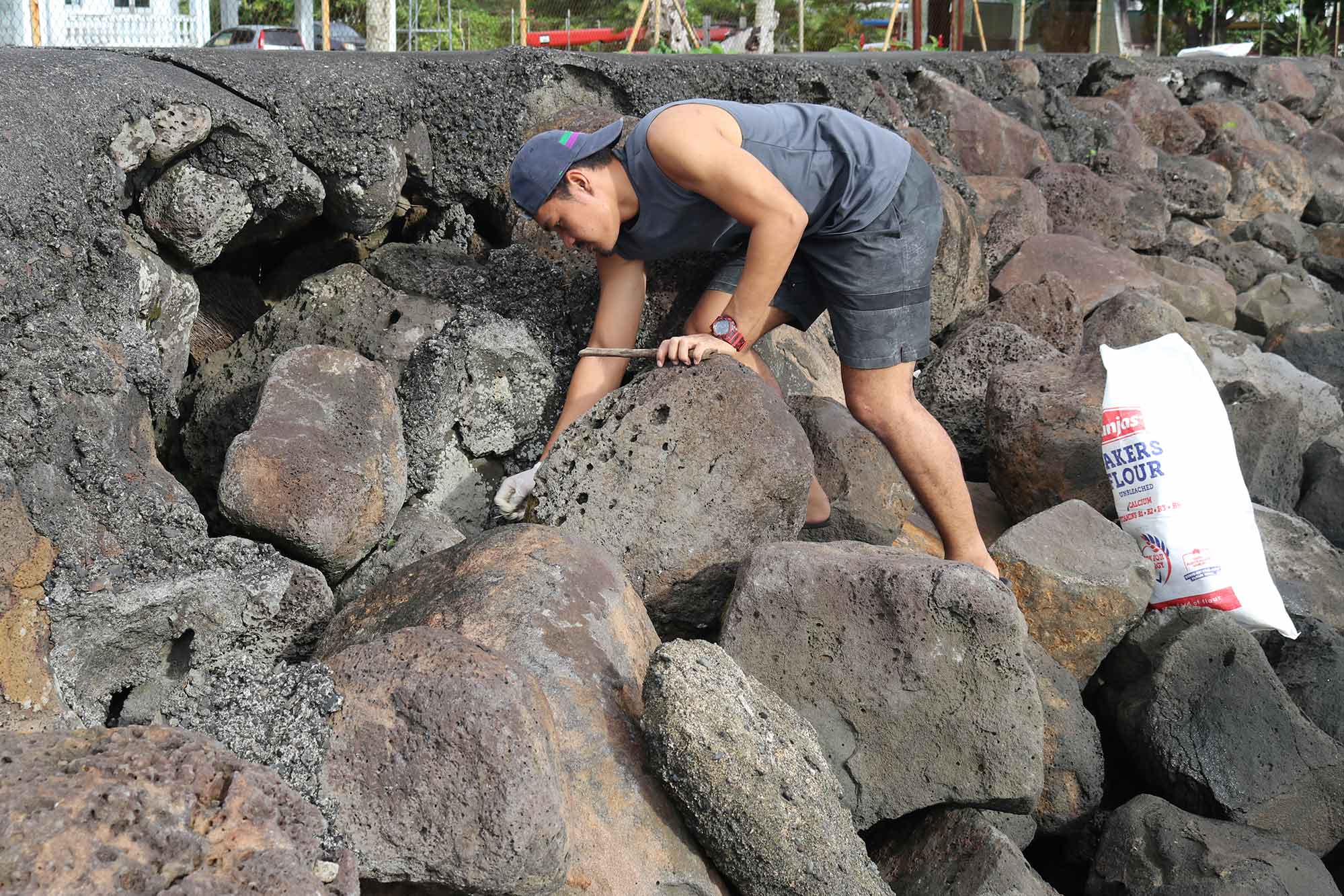 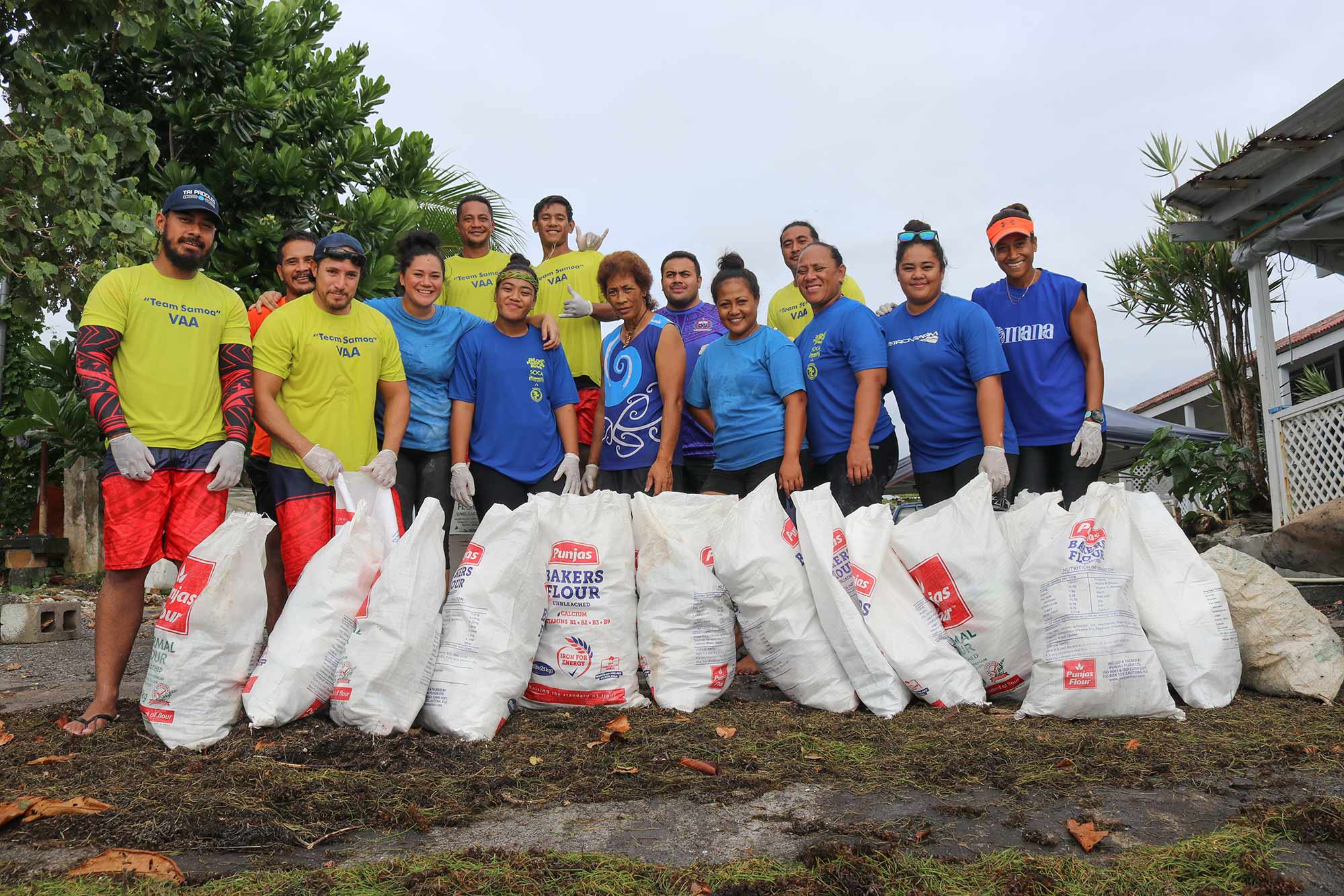 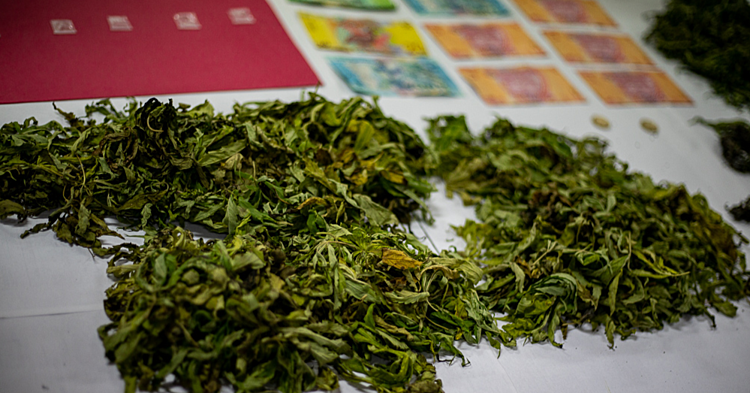