While Samoa celebrates Mother's Day, Louisa Saupo can only wish

1
Louisa Saupo would love nothing more than to spend time with her children. (Photo: Misiona Simo.)

No gift in this world is more precious to a mother than her children.

So says 35-year-old Louisa Saupo, who joins thousands of mothers across the nation to celebrate Mother’s Day today.

But unlike most mothers, the mother of two is spending Mother's Day without her kids because of her disability.

“I was born with a disability which was osteogenesis imperfecta (OI) or in a simple term brittle bones – it is a disorder that results in fragile bones that break easily," she told the Samoa Observer.

“In my family I was the only person to have a disability, all my siblings are normal. I couldn’t walk but my parents and family helped me find a way for me to be able to do so and at the age of nine I could walk because I was one of the patients that was taken to Hawaii and had an operation on my legs that enabled me to walk.

“I started schooling at Loto Taumafai School, then attended Saint Mary’s Primary School and College after and then later graduated from Catholic Combine School and was able to attain a scholarship in Australia to study Community Service and Welfare and then I volunteered for Nuanua o le Alofa is a non-governmental organisational that provides advocacy for persons with disabilities."

Ms. Saupo’s life all changed when she became pregnant.

“Becoming a mother never crossed my mind and so when I first found out I was pregnant I was very shocked. When I went to the hospital for a checkup during my pregnancy, I could hear so many people talk to other people saying why I was pregnant but I had a disability but I never cared what people thought about me.

“I lived my whole life with people ridiculing me that I just do not pay any attention to their opinions even though it hurts. I always wanted a family on my own but that becoming a reality I was not sure it could happen.

“The only difficulty I experienced during the time of pregnancy was when I had to give birth and thankfully it was through the government’s assistance that enabled me to travel to New Zealand to give birth because Samoa does not have the medical equipment for me and my baby during childbirth."

According to Ms. Saupo, she made an agreement with the then National Health Services, now the Ministry of Health, to undergo a test to find out if her child had a disability.

“I was told if my baby had a disability I had to terminate my pregnancy. In saying that they were positive I would have a child with a disability but it was a miracle when my baby boy was healthy despite being born seven months old.

“My mother and I had to fight and struggle so much in New Zealand because my visa was close to its expiry date, I went on a limited visa but because my baby was born premature which was seven months old his health was at a critical stage.

“I had to put my son’s health first even if it cost me to be an over stayer in New Zealand,” she said.

Ms. Saupo said when she returned to Samoa she had no job.

“I was not working at the time because I tried my best to care for my son but our journey was cut short after a year and half I had to prioritise his health and life, when he was sick I did not have money to taxi all the way to the hospital.

“I needed money to support him which I did not have but then we know as Samoans when you ask for money from families they automatically respond with if you chose to have a child then it is your responsibility to look after the child and that was what I did.

“I did not want to depend on anyone and tried my best not to rely on anyone but Samoa’s weather has an effect on my son’s health and part of the reason I chose for him to live in New Zealand and my mother who lived in New Zealand adopted my son Lance."

“I spent three months feeling regretful and thought about it over and over again that it was a mistake, I felt emptier as each day passes. I used work as an excuse to keep my mind occupied.

“I wanted so bad to move to New Zealand but it’s not possible since I overstayed in New Zealand that will not assist with your application to immigration.

“Having a disability is hard to make your own decisions, at times I wished I was not the way I am but we do not choose how life is, we are born into it and we have to have so much strength and courage to overcome everything that comes our way. Life was never meant to be easy,” she added.

But Ms. Saupo had a second baby boy - Alvis Matthias - who was born in New Zealand on April 2017.

“Alvis had asthma when he was born seven months old and my mother adopted him too, I wanted my boys to be together. We parted ways when Alvis was nine months old in 2017.

“I am trying my best to save up so I can visit my kids in New Zealand. I want to cuddle them so bad especially during White Sunday which is Children’s Day. 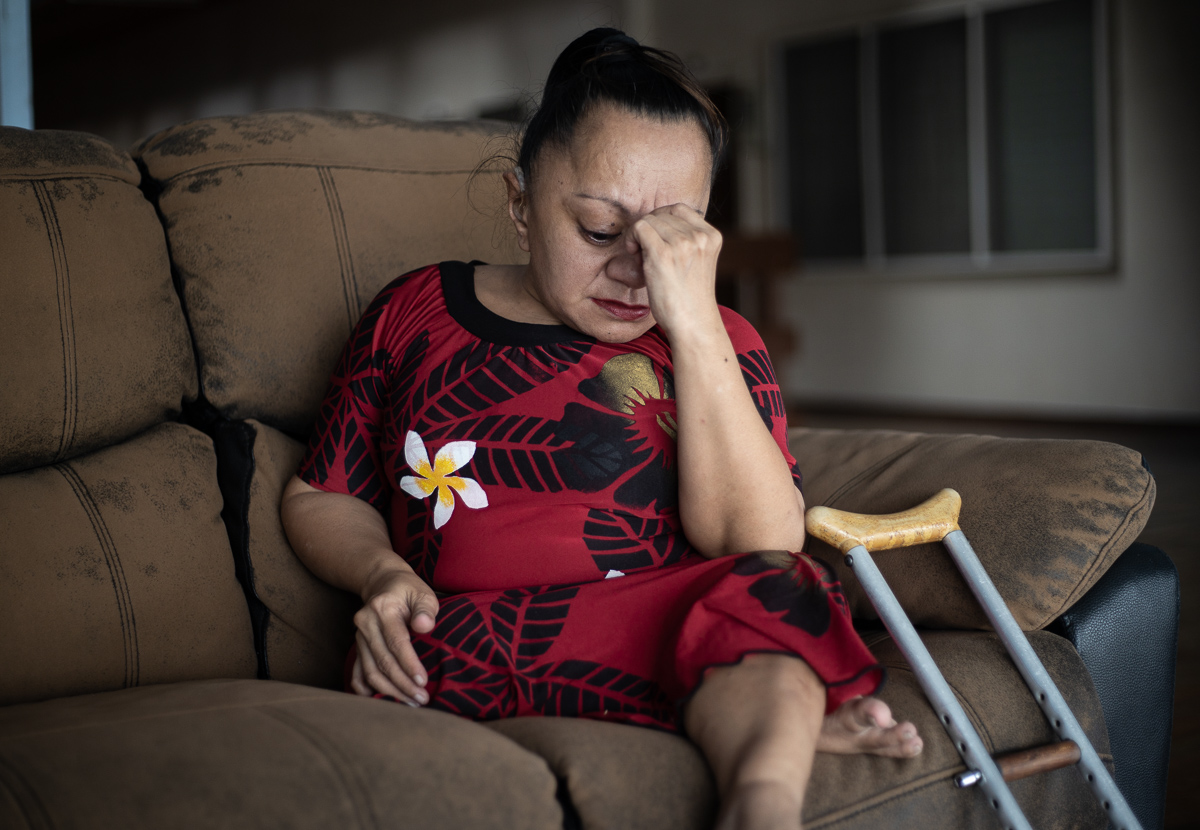 “Words fail to explain the pain I feel inside my heart having to live without my own children even though I want the best for them but at the end of the day I am a mother and it is days like Mother’s Day that you miss your kids a little extra that it almost feels like my mind is empty and my heart is breaking.

“A mother’s love is unconditional and if I had to choose what gift I wanted for Mother’s Day it would be to see and spend time with children. I want so much for them to grow up with me as their mother raising them.”