A reception to welcome the new Chinese Ambassador to Samoa, Chao Xiaoliang, was held at the Chinese residence in Vailima Friday night.

The new Chinese Ambassador, who arrived more than a month ago, takes over from the popular former Ambassador, Wang Xuefeng. 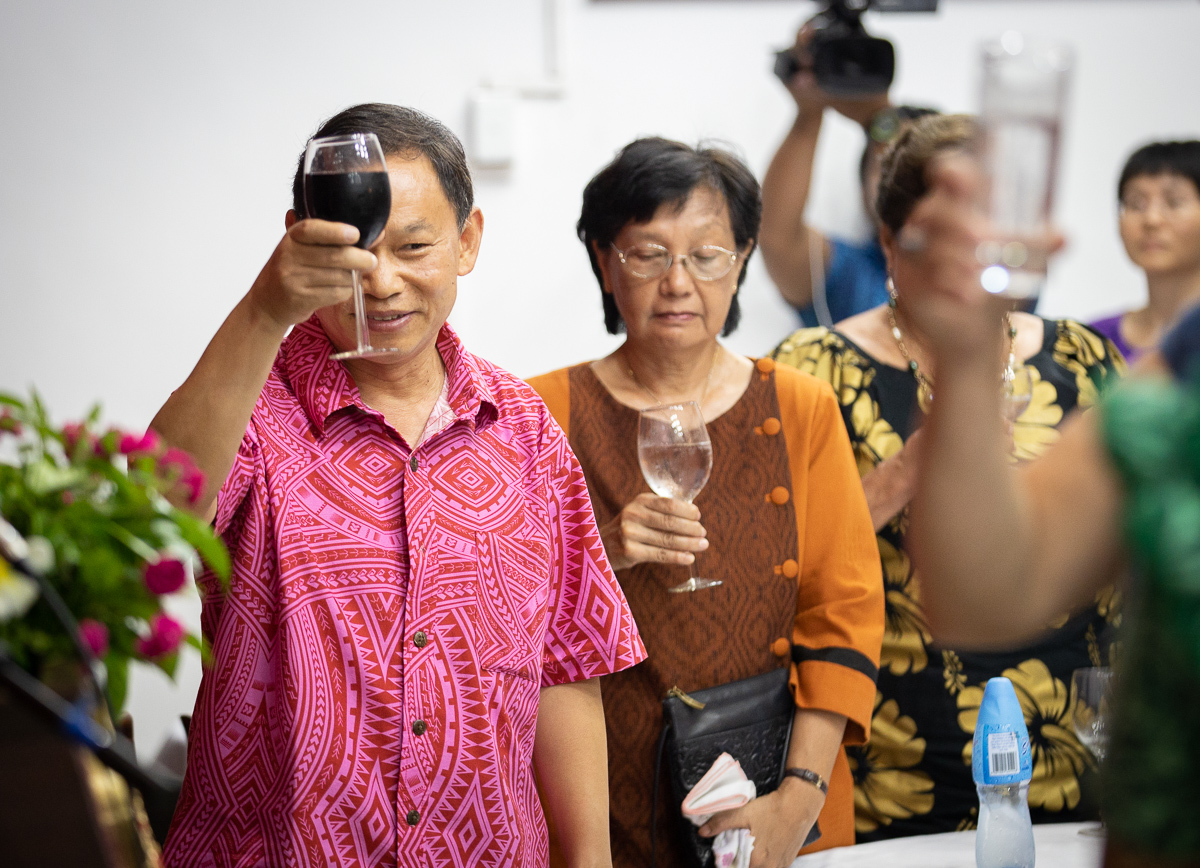 During his short time here. Mr. Xiaoliang said he was impressed with the surrounding of Samoa and had met many Samoans with Chinese ancestry.

“Quite a few Samoans I met told me that their grandfather or great grandfathers are Chinese indentured laborers who came here nearly 100 years ago and that they are proud of the current friendship and cooperation between China and Samoa,” he said.

“A few days ago, I encountered an old Chinese man, who traveled all the way from Germany to Samoa, to find his roots.

“All this have touched me deeply that there are so many descendants of early Chinese in Samoa, and their friendly sentiments towards China.”

The new Ambassador also spoke about the Prime Minister of Samoa’s visit in China where he met President Xi Jinping and Premier Li Keqiang.

“The visit was successful and fruitful, charting the course for the future development of bilateral relations,” he said.

“And then last November, President Xi met Prime Minister Tuilaepa and leaders of seven other Pacific Island countries in the P.N.G. 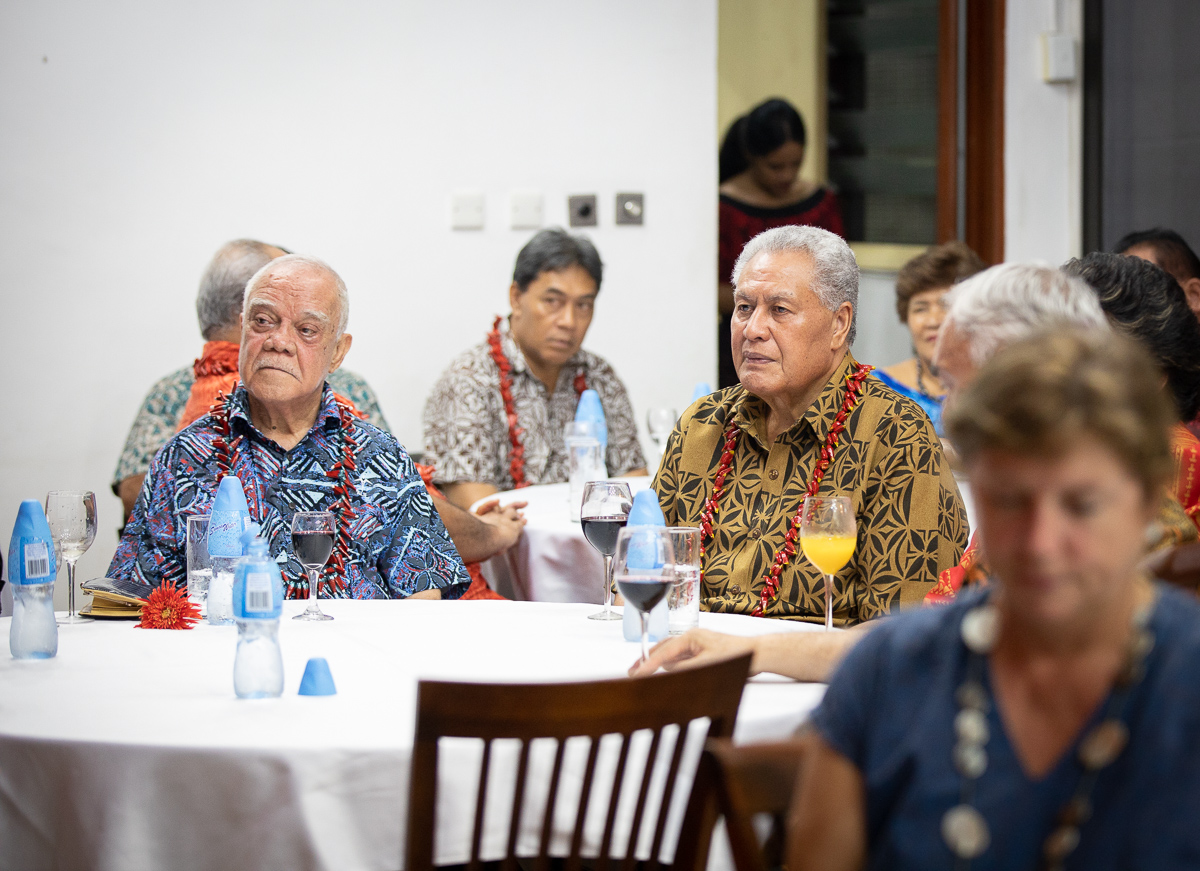 “It is a meeting of historic significance in China-Pacific Island country relations.

“Both sides agreed to lift bilateral ties to comprehensive strategic partnership of mutual respect and common development, which means the beginning   of all-dimensional cooperation between our two countries.”

He added Samoa is one of the first Pacific Island countries to join China’s “Belt and Road” initiative by signing the Belt and Road memorandum of understanding.

Samoa shares more than 44 years of diplomatic relations with China.

Xiaoliang spoke about China’s development and how it benefits the world and not just its people.

“It will provide new historic opportunities to the development of Samoa and China-Samoa ties,” he said.

“China has its development strategies and plans, so has Samoa. 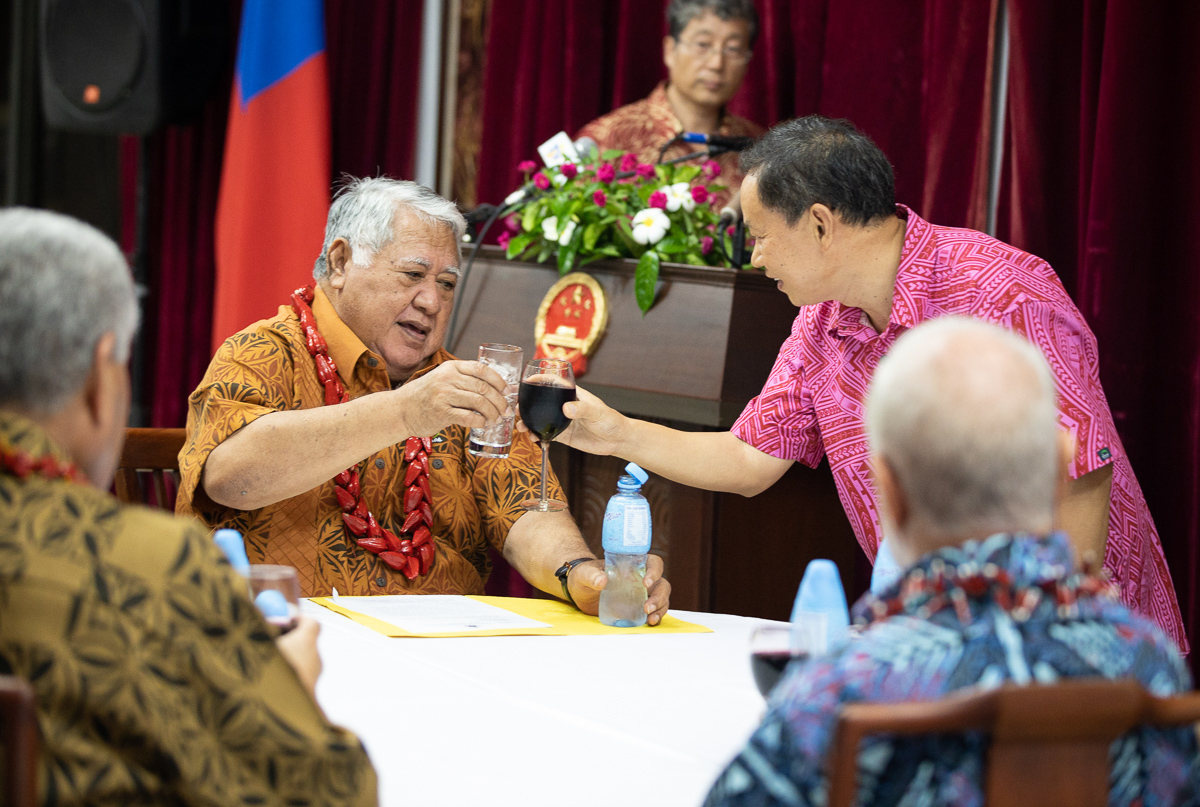 “We would like to work with the Samoan side for better alignment of our development strategies so that we can achieve common development, and make greater contribution to peace, security and prosperity of the region and the world as a whole.”

In welcoming the new Ambassador, Prime Minister Tuilaepa thanked China for there contribution to Samoa’s development.

He made special reference to the sports equipment, vehicles and fireworks that were presented by China yesterday.

“We do appreciate the fact that China has not wavered from demands made of that particularly in the rush to beat the clock in delivering the Pacific Games,” said Tuilaepa.

“We are indeed grateful for the handover that took place this morning, given us reassurance that we be in readiness in the games in July.”

Lastly, Tuilaepa briefly spoke about the 44 years of diplomatic ties between Samoa and China where the support from the country has been continuous.

He wished Xiaoliang the best during his term in office and looked forward to working with the new Ambassador.

A toast was reciprocated between the Prime Minister and Xiaoliang to celebrate the evening. 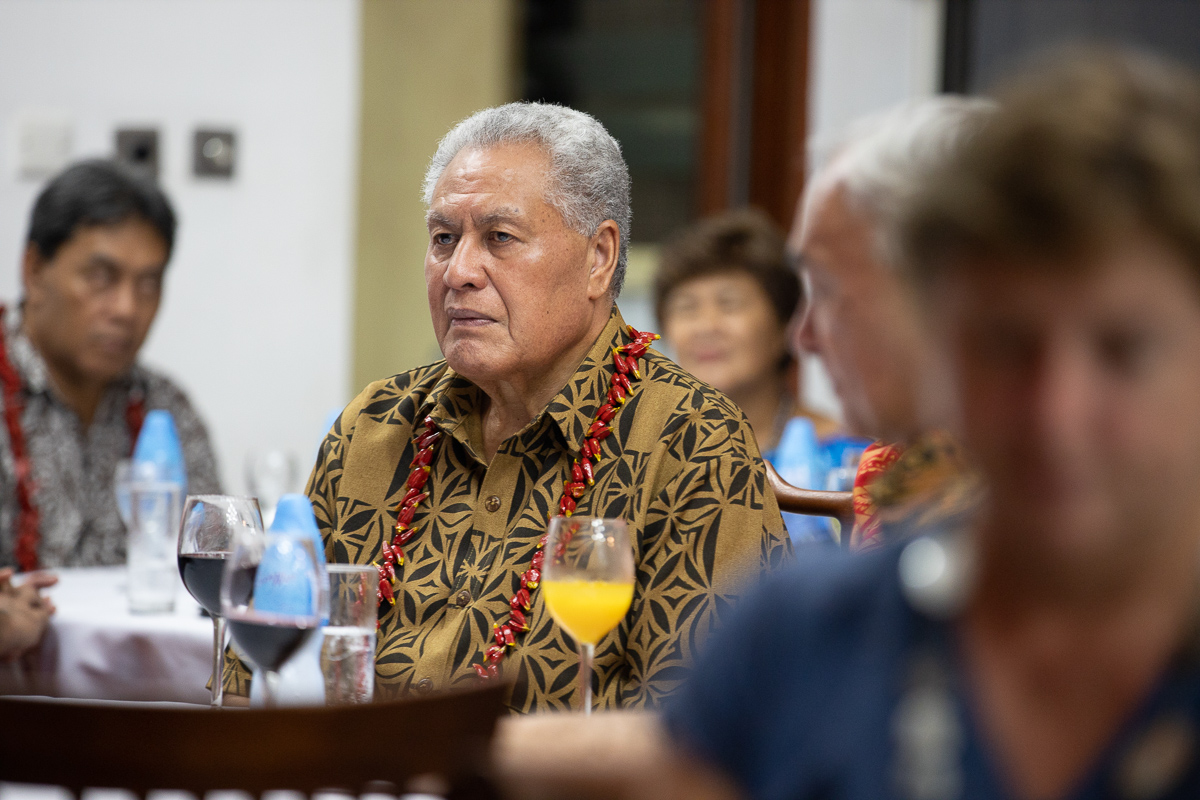