Samoa's finest local women's rugby players are trialling for spots in the Manusina 7s and 15s teams over the next few months.

Newly reappointed Manusina 15s head coach, Ramsey Tomokino flew into the country yesterday and held trials at the Samoa Rugby Union Fields in Tuanaimato, which has also hosted the group trialling to play 7s at the Pacific Games in July this week.

The head coach has been working continuously since the Oceania Championships in November, holding a worldwide search for elite players and representing Samoa in World Rugby talks about the future of the women's international calendar, before knowing if he would be reappointed.

The Manusina 15s will play a Tri-Series with Fiji (28th May) and Hong Kong (1st June) in a few weeks time, which Tomokino said is the first step on their campaign to qualify for the Rugby World Cup in 2021.

He said a good performance there would set them up well for the Oceania Championships in November, the winner of which will get automatic entry to the World Cup.

Tomokino said he was still buoyed from last year's Oceania Championships, which rebooted the Manusina programme after four years with no fixtures.

He said that campaign unearthed some new talent and he believes the Manusina can qualify with the right squad of highly skilled players. 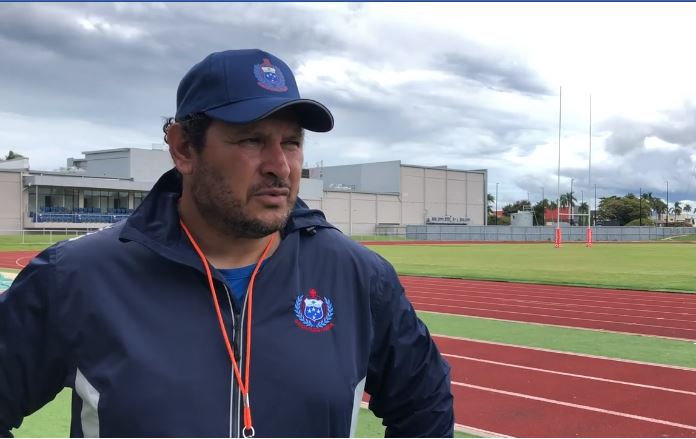 "We're determined to get the mix right and to reach out to as many of our elite athletes to ensure we present the strongest available squad."

He said he is encouraged by the “ever increasing” interest to play for Manusina, which is growing the base of players he has to choose from.

“We have expressions now being received from players who are playing top levels in the United States.

“I have also been tracking the progress of former and potential Manusina players who are on playing contracts in Asia."

The squad for the Tri-Series is likely to be announced early next week.

Meanwhile, the Manusina 7s are in the process of trimming their initial wider squad of 30 players down to the 13 women who will compete at the Pacific Games.