Animal Protection Society veterinarian Dr Harriet Thornton and volunteer Marat Thielen are worried about the high number of dogs who have been poisoned, all around the same time. (Photo: Vaitogi Asuisui Matafeo)
Health

The Animal Protection Society (A.P.S.) has seen five dogs in two days sick from rat poison, all within the Vaivase to Toomatagi areas.

A.P.S’s veterinarian, Dr Harriet Thornton said for three of them it was too late.

Poison symptoms in dogs take three to five days to appear and by then treatment cannot reverse the effects.

“We do stock an antidote but it will only be effective if we give it quick enough, before they die from secondary complications of the bleeding,” Dr. Thornton said.

Rat poison affects blood clotting. Symptoms include shortness of breath, pale gums, loss of appetite, abnormal bleeding, bruising of the gums or skin, vomiting or diarrhoea, seizures or fits, collapse, and blood in the urine or faeces.

“If they have wounds or they have knocked themselves they can bleed from those and they won’t clot, they will just carry on oozing,” the doctor explained. 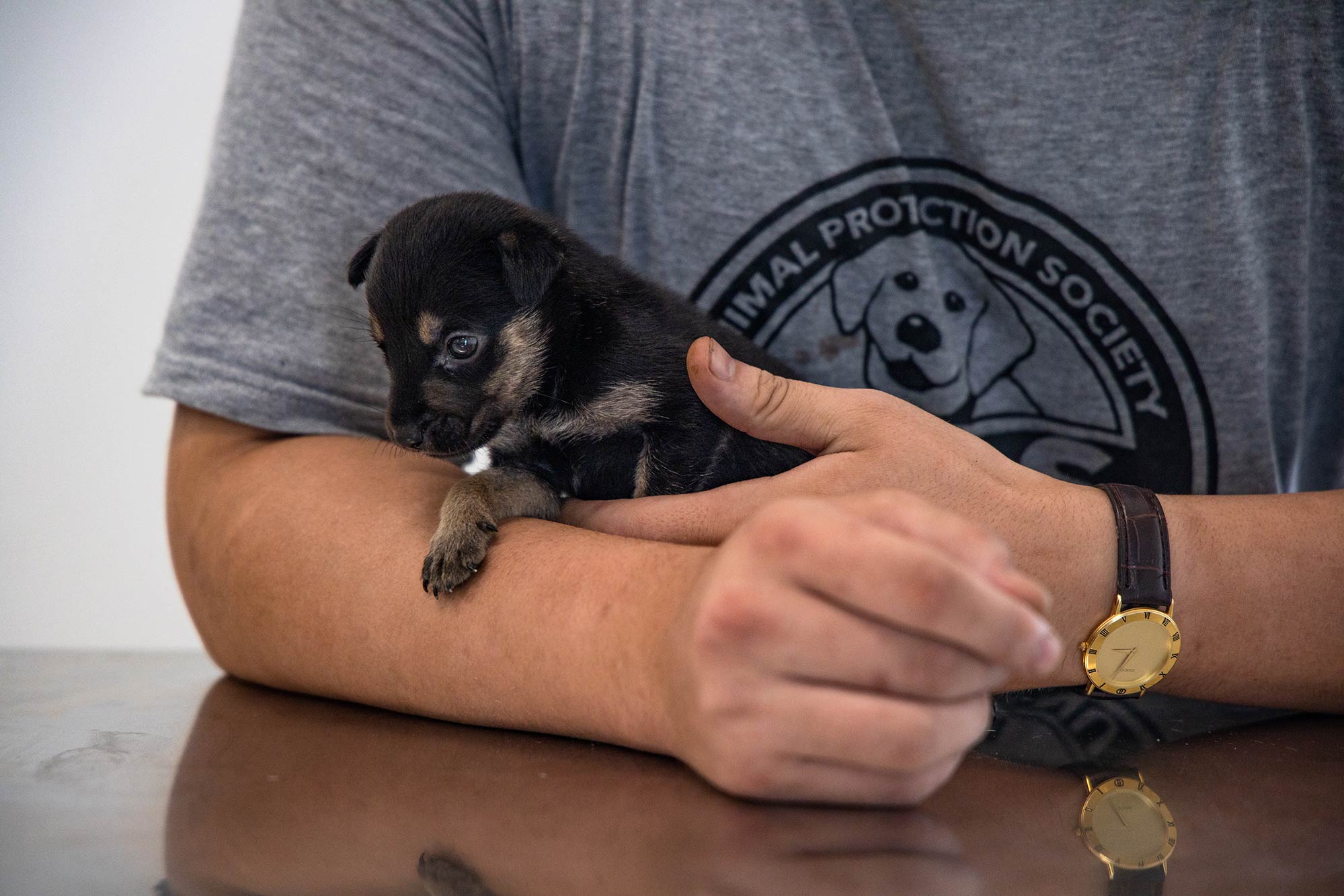 The antidote is a vitamin K injection and tablets, which helps the clotting pathway heal.

Dr Thornton said for all the dogs, who are well-loved family pets, to have been presenting symptoms around the same time and from the same area is suspicious.

“It seems to be concentrated in one area, from Cross Island Road out to Vaivase,” she said.

Each family insists they do not have rat bait on their land and no one has seen suspicious activity such as someone throwing bait over their fences onto the properties.

“It’s difficult to say whether it is malicious but it would seem very suspicious to have this pattern of poisoning if it was just dogs getting into rat bait put around for purely rat poisoning.

“With the dog population being so large at the moment, there is a lot of frustration that there are lots around, and at night they might be causing problems, might be noisy and fighting” she said.

Samoa’s stray dog population has been growing, leading the Police’s Dog Management Unit to commission and open a T$1 million home for strays in 2017, funded by the New Zealand Government.

But the answer is not poison, Dr. Thornton said.

“Poisoning is a horrible way to control dog population and there are much better ways of doing that.

“If people have issues with dog management in their area they should be speaking to the Dog Management Unit with the police or even speaking to us about ways to resolve it.”

For anyone who does have rat poison on their land or live near conservation areas where rat baiting is common, simple actions like making sure the poison is in a dog proof container, or away from areas the animals frequent can help avoid heartache.

“It’s not a nice way to euthanize an animal, it takes a long time for them to die of most poisons, it’s a very horrible way to die,” Dr Thornton said.

In an effort to curb the growing population, A.P.S. is encouraging dog owners and villages to bring dogs to their clinic in Vailima for desexing, or have Dr Thornton bring a mobile clinic to them.

They charge T$80 for male and $70 for female dogs, and just $60 per dog for a group of ten or more, which A.P.S. hopes will encourage villagers to get together to desex many more animals.