Lopala Luka Lauano tells the Samoa Observer of the horrifying experience where his residence (in the background) was stoned and his cousin's vehicle set on fire. (Photo: Aufai Areta Areta)

A dispute over the building of a Samoan guesthouse has been blamed for an incident at Vailu’utai last Saturday night.

Speaking to the Samoa Observer, Lopala Luka Lauano, said the dispute led to his family fleeing the village after their home was invaded by unidentified men, their house pounded with rocks, and a vehicle parked outside set alight.

He told the Samoa Observer that a group of men came to their home around 10.00pm last Saturday, leading to a confrontation with them.

He said this was before a barrage of rocks were thrown at the family, forcing his wife and their four children, who were asleep, to get up and flee to the neighbours.

Lopala said he and his cousin were able to fight off the men and lead them away from the house and his family.

But their getaway from the house resulted in the unidentified men torching his cousin's car. 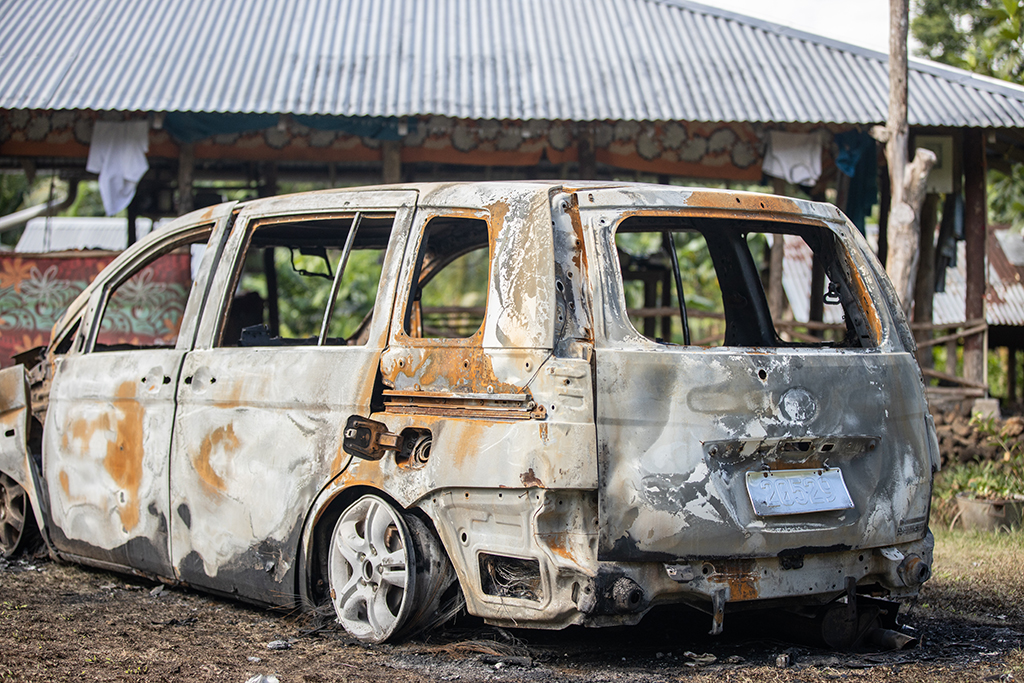 “I was accompanied by my cousin who owns the vehicle parked right at the door of my house and we fought them off," Lopala told the Samoa Observer.

“My wife and children ran to our neighbours for shelter while we took off on foot to the opposite direction, leading the men away from my family.

“Upon our return in the wee hours of Sunday, our house was in a horrible condition and my cousin’s vehicle was burnt.”

Lopala said the conflict was triggered by a dispute over a decision to build a guest house.

“I am the carpenter for my aunt’s family guest house that we were trying to build right in front of another guest house and this has caused the commotion,” he said.

The family is now staying at a relative's place, added Lopala, though he said what happened on that night is an experience that no other family should go through.

“My youngest daughter is two-years-old, and you saw my house, it does not have windows (and) it’s an open house,” he said.

“Rocks were flying in one after another, and I had to use my body as shield while I put up our dinner table to stop the rocks from entering, where my family was sleeping.

“I turned off the light so they were unable to see us, then my wife and the kids sneaked out to the neighbors, they were tiptoeing. This is what you see in the movies. My children were scared and this is something I would never wish on anyone.” 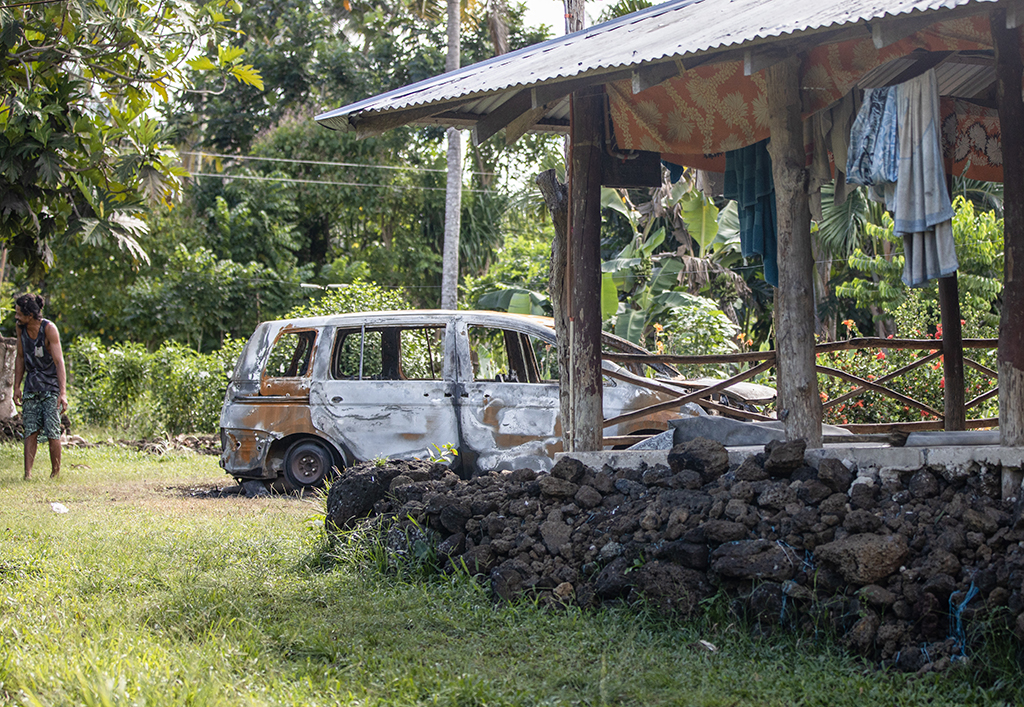 Lopala said since the incident last Saturday evening his family has not returned home, and they refuse to return.

“Since the incident, my wife and my kids have not returned to our family home. They refuse to come back and I don’t blame them. It’s a bit sensitive at this stage,” he said.

The Police were contacted for assistance on the night but did not show up until the car was on fire, Lopala said.

“As you see the condition of the vehicle, there are dents (and) it means whoever did this smashed the car before proceeding to put the car on fire and the case was left in ashes, nothing can be salvaged,” he added.

The Commissioner of Police Fuiavaili'ili Egon Keil was contacted for comment and he referred the questions to his deputy, Papali’i Monalisa Tiai-Keti.

She did not respond to this newspaper's phone calls and text messages seeking a comment.