Vendors in the dark about market relocation plan

46-year-old Miriama Seeti Asiata who has been running stalls at Savalalo flea market since she was 17 years old. (Photo: Vaitogi Asuisui Matafeo)

A number of vendors at the Savalalo flea market in Apia say the Samoa Land Corporation (S.L.C.) has not briefed them on plans of relocate the market to Sogi.

Miriama Seeti Asiata, who has been running her handicraft stall for almost 30 years, said they are yet to be advised by the Corporation of any relocation plans.

“Those things should be announced to everyone in the flea market, as a whole. But it seems only a few know about that and they might just be those who are in the Flea Market Society.

“But in terms of us here in the flea market with small businesses around here, nobody knows that. I know for a fact no one on our side knows about one thing about that,” she said in an interview with Samoa Observer.

Other market vendors, who overheard the interview with Mrs. Asiata, told this newspaper that the relocation plan is news to them and the new location is not ideal for them.

The 46-year-old woman vendor said the proposed location at Sogi is too far for tourists and the area is not suitable for a flea market.

“And with them wanting us to move to Sogi, it’s so far from the tourists. The truth is, this spot is already good. No tourist will want to come all the way there, the best spot is here.

“And at home and away, I don’t know if you’ve been there, but during rainy days, believe me your feet sink in the soil at that area; there’s nothing nice about that area for a flea market,” she added.

But the exact location of the proposed market in Sogi remains unknown with another vendor, 36-year-old Nora Lu’aufui, saying she is aware of the relocation plans but doesn't know the location where the market will be relocated to.

“But whatever changes they are making, as long as they have a god set up for us to keep making daily income to provide for our families,” she added. 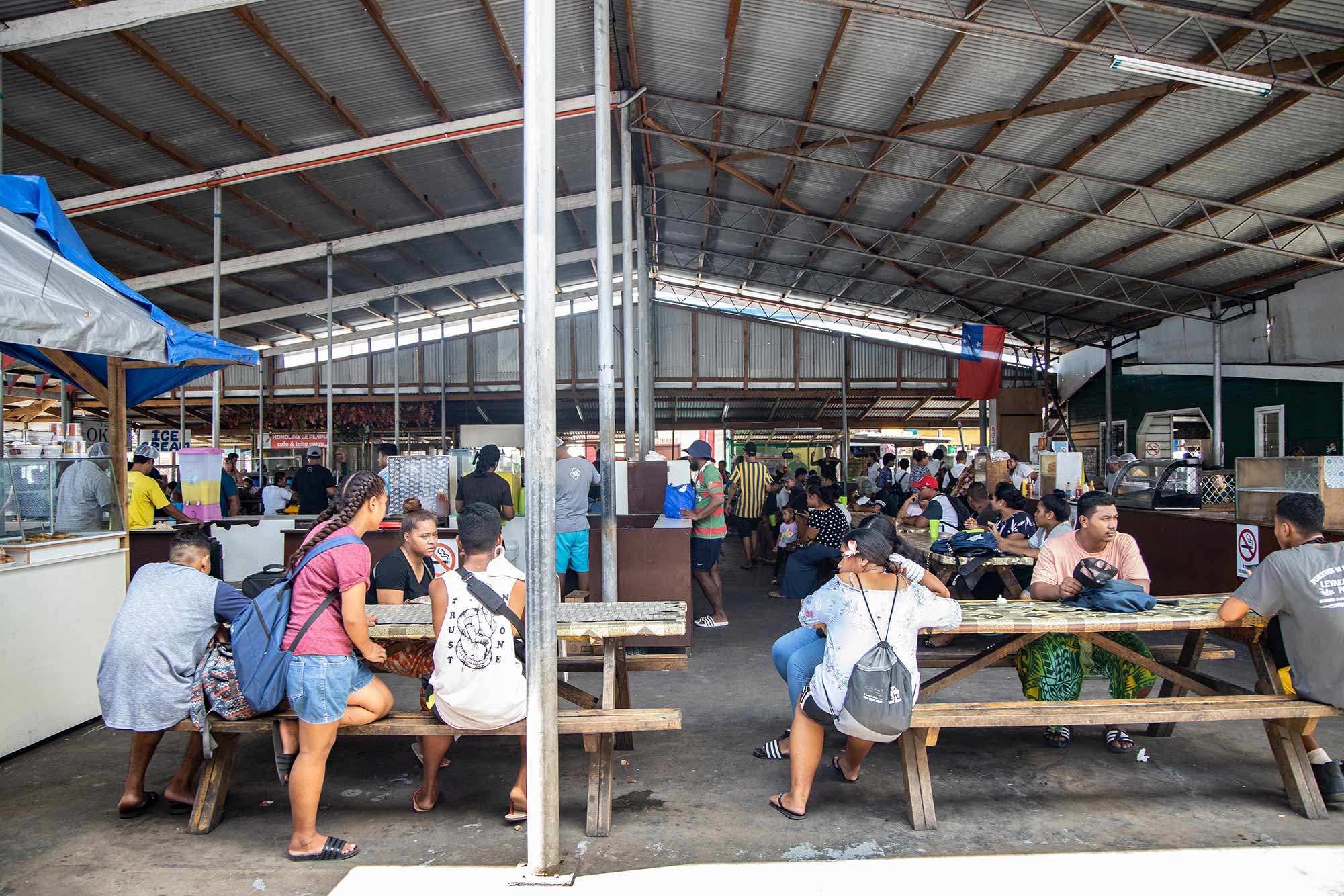 Another elderly vendor, who did not wish to be identified, confirmed that they are yet to be advised but hopes that a good facility is built at Sogi.

“I hope it’s not going to be in the back there (behind TATTE/Tanoa Tusitala Hotel), I hope it’ll be at Home and Away since anybody can go there. Well for me now, I’ll just be waiting to see when they want us to move and where to."

Tia Puleina, 42, of Nu’u who runs a food stall, said he was aware of the plans to relocate the flea market, but it was not from the S.L.C.

“It was the Samoa Observer that we found out (from that) the market will be moving. And so we are still waiting for more info as to where exactly we will be situated in Sogi.

“I don’t know about everyone else in here but I know most of us here found out from Observer,” he revealed.

He also admitted the move might affect their business, but welcomes the relocation plans by the Government in its effort to reconstruct the Savalalo Flea Market.

“We like our spot here as this is the main and center for everyone, where the buses stop, that’s the only reason why the move would be a bit difficult. But that’s great also so that they can renew and construct a new flea market.

“This is widely welcomed by us the small business owners, and we understand that we will be relocated. We support, because there is no other place or way. It may affect the business but we support the idea,” he told the Samoa Observer.