The Government’s plan to relocate the Savalalo Market to Sogi is not well understood by residents in the area whom the Samoa Observer spoke with today.

While the majority of Sogi residents have already vacated the area after the Government relocated them, some families who are still living behind the T.A.T.T.E. Building, are anxious about what the future holds for them.

Among them is the family of 51-year-old Rasela Iakopo. Asked for a comment yesterday, she made it clear they do not oppose the Government’s plan. They also accept that they would eventually have to relocate.

But she said they are not sure about the details and when the market will be constructed.

Ms. Iakopo confirmed that they have received letters from the Samoa Land Corporation (S.L.C.).

"They (S.L.C.) has already given out letters,” she said. “The first time they gave out letters, we went to their office and they did talk to us – we went because we wanted to understand.

"The Chief Executive Officer explained it to us. We do not speak for the rest of the families here but for us, we have already talked about it and they accepted why we went to their office.

"Then second letter came, we went again with my husband’s mother as they reside in Australia.

“We went to request for time to talk about what the Government has proposed as plans for these lands. Then there was another letter which was received last Saturday," she said.

Ms. Iakopo said the last letter notified them of a meeting date between the S.L.C. and Sogi residents, later this month. 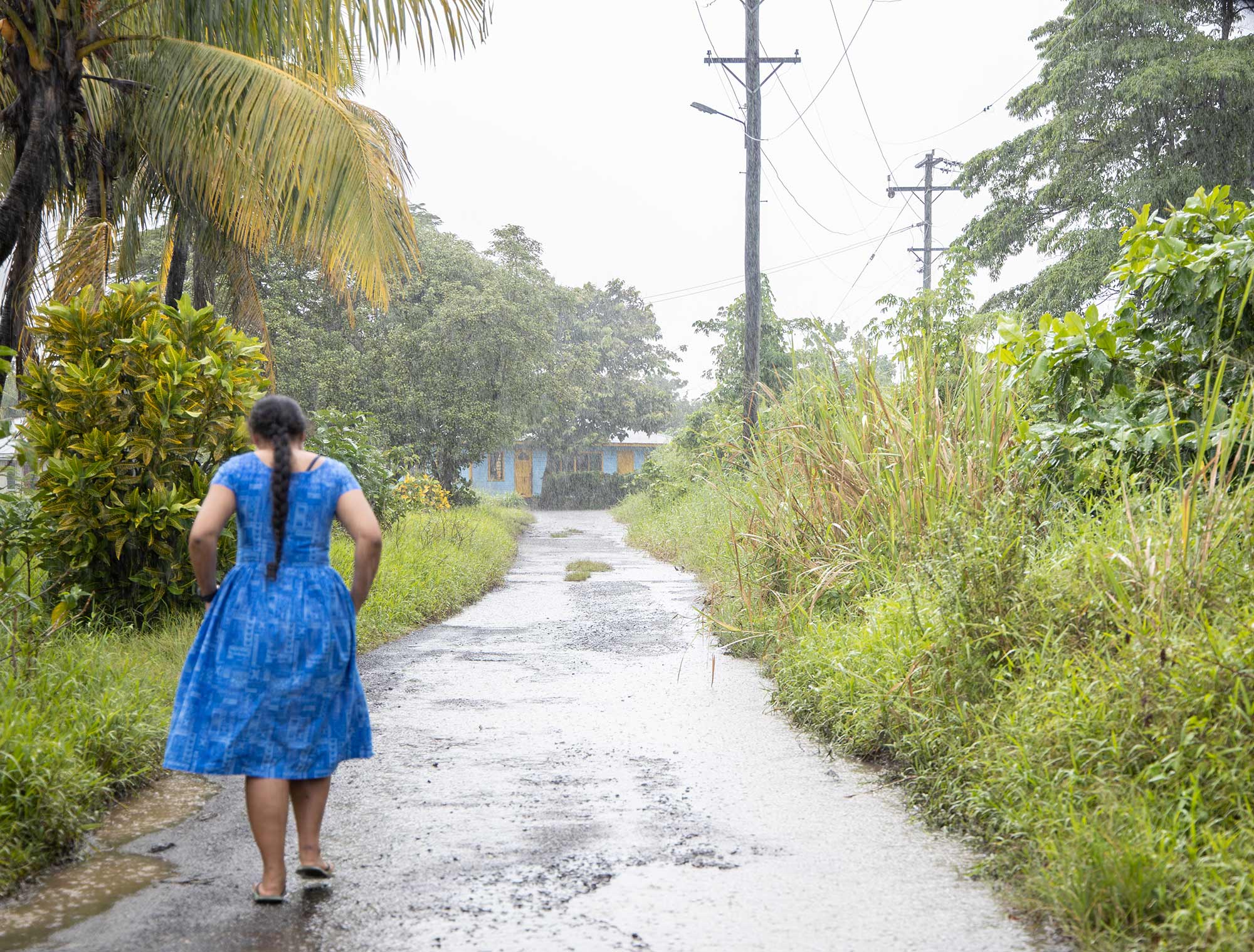 Another resident of Sogi, Tala’i Lina, received the same letter with the 49-year-old confirming the scheduled meeting.

"They did give us a letter informing us of our meeting on the 27th of this month but in terms of their plans to have the Savalalo flea market relocate here, they did not say anything specifically,” Mrs. Lina told the Samoa Observer.

"The thing is they did not give us a specific amount of time or when we are supposed to move, but maybe that will be the subject of our talks during the meeting on the 27th."

It was not possible to get a comment from the Chief Executive Officer of the Samoa Land Corporation, Ulugia Petelo Kavesi, yesterday.

But he confirmed the market relocation plan last month, in an email to the Samoa Observer.

"Samoa Land Corporation (S.L.C.) initial work is to conduct survey work, environmental impact assessment (E.I.A.) and others before advertising for bids to design, supervise and the final phase is the construction of the Flea market," he said.

Asked when the relocation is likely to happen and the costs involved, he did not say exactly.

"We have included in our budget for financial year 2019/2020 a figure but cannot reveal at this stage," he said.

At Sogi yesterday, the families’ main concern is the uncertainty about the timing and whether they would get assistance from the Government for them to relocate.

"We do not oppose any government plans because the government holds the power these days, like the case at Satapuala,” said Ms. Iakopo.

“And I know that no matter how much we want to try for this land, we cannot do anything because the government always wins.”

Ms. Iakopo added that it would be good if the Government offers them another piece of land so they can relocate to.

"That’s another thing, they didn’t really give us how much to help us pack and move our things, they only said, “once the government puts their plans into action” and then start packing; but we were advised to still stay prepared.

"And that’s what we are looking at, is that they’re just telling us to stay prepared but what if they come and rush us; that will be the moment we question them about the money to help us move our things.

"We support the relocation as long as they give us somewhere to move to and money to help us pack and relocate our things.

For Mrs. Lina, she said Sogi is no longer safe for residents due to severe weather patterns and rising sea level.

"These lands were occupied by our parents and with my children, they also had their children here and we are still here; but this is a mangroves area,” she said.

"We grew up with our parents constantly looking out for the water, every time it rises we move inland each time, especially during these times.

"When the weather is rough and the water overflows, no car can make it back here, the water goes all the way to the main road. And we are used to the water circulating back around here in this area.

"To me, thinking about my children who are in school and those at work, we want to be away and be relieved of the water, also for the health of the children.”

The decision by the Government to relocate residents of Sogi was initially announced in 2011.

The Government then offered families a quarter acre of land at Falelauniu which they will ‘lease to own’ at just over $30,000 and $3,000 cash to relocate.

Many families at Sogi have taken up the offer.

One of the families, Nanai Tokuma’s family, took the Government to Court but lost.