The awards is an initiative by the Samoa Alliance of Media Practitioners for Development (S.A.M.P.O.D.) in partnership with the Brace Storm Initiative.

Samoa Observer received three awards, which included Best News Website. The daily newspaper's website underwent a major revamp in March, and has been optimised for users to access it through various platforms including smartphones, while providing subscription options for readers in Samoa and abroad.

The other two awards received by the Samoa Observer team are the Best Photo Journalist awarded to Aufa’i Areta Areta while reporter Sapeer Mayron was awarded Best Climate Change Reporting. 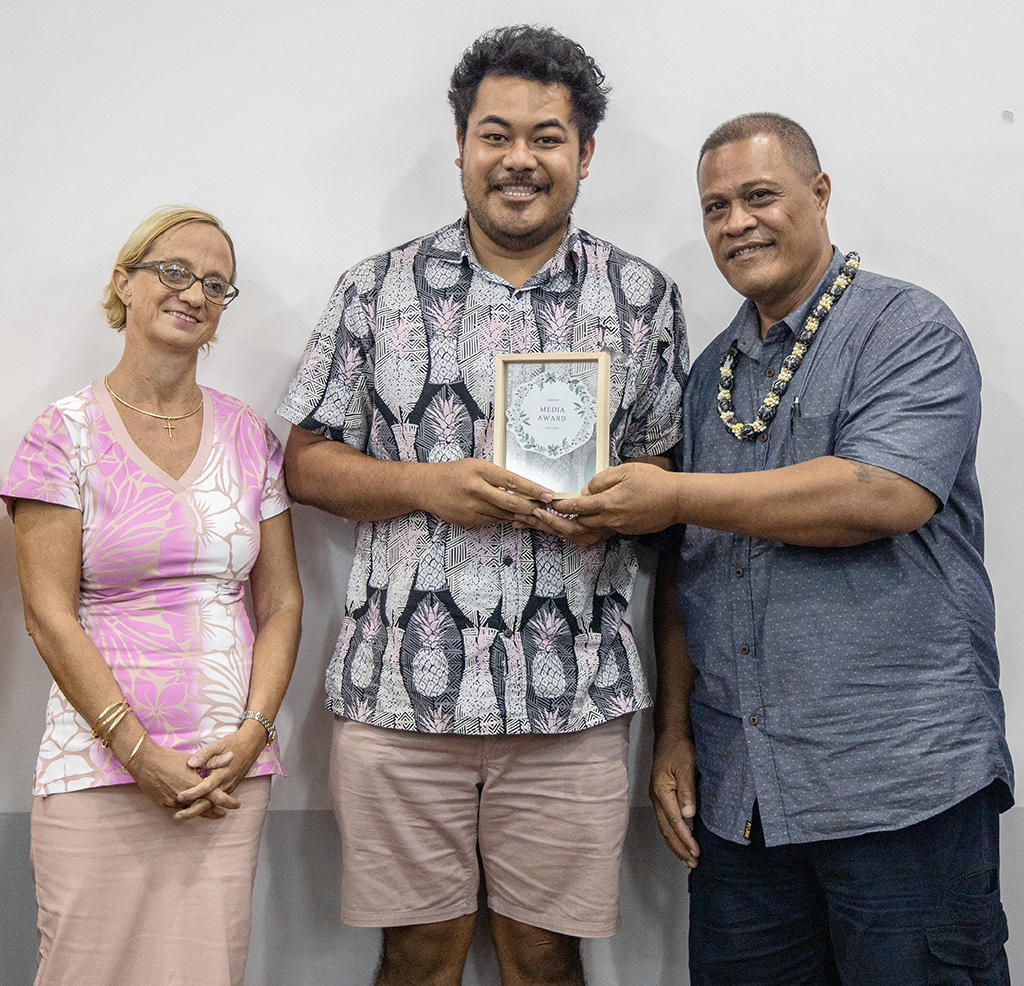 For the other awards, the Best Editorial Commentary went to Newsline Editor, Mataeliga Pio Sioa.

And Ministry of Environment and Natural Resources, C.E.O., Ulu Bismarck Crawley received the award for Most Transparent C.E.O. of Government.

S.A.M.P.O.D. co-founder Lagipoiva Cherelle Jackson said the C.E.O. award is to encourage ministries and government officials to be open with the media.

N.U.S. Head of Media and Communication Department, Misa Vicky Lepou was recognised for her role as an educator and took the Award for Contribution to Journalism Education.

The Best Camera Operator was given to T.V.1 cameraman, Vaele Iasepi Masks while Talamua Media was awarded the Best Videography for News.

The Gender Reporting award was given to Maina Papali’i Vai of Loabay Multimedia Enterprise.