A.D.B. Board asked to make concessionary finance available to the region

The Pacific Islands jointly called for the Asian Development Bank to extend more concessional resources for vulnerable small states who currently can only borrow finance.

During the 52nd ADB Annual Meeting of Board of Governors, held in Fiji this week – the first time a Pacific Island has hosted this large scale international gathering – board governors gave brief statements to their colleagues.

The Pacific Developing Member Countries (DMC’s) with the 2018 addition of Niue number 14 islands, leading them to prepare the joint statement earlier in the week.

Passionately delivered by Marshall Islands Minister of Finance and ADB Board Governor Brenson Wase, the statement made clear the Pacific Islands need international help to defend themselves against climate change.

Mr Wase was given just five minutes to express the varied and urgent needs of the Pacific Island member countries. Individual countries were given three minutes to make their remarks.

“We are already seeing the effects of more frequent and severe weather events and conditions are likely to worsen. Cyclone Pam in Vanuatu in 2015 and Cyclone Winston in Fiji in 2016 were the two strongest cyclones on record in the southern hemisphere. The drought in Marshall Islands in 2016 was the worst ever experienced,” he said.

“For communities in atoll countries like Kiribati, Maldives, Marshall Islands, and Tuvalu – with a maximum height of 2-3 meters – sea level rise as a result of climate change is a direct threat to our very survival.”

The Pacific Islands would like to see the bank further increase grant financing, even to those nations “relatively better off,” Mr Wase said, after the past five years have seen two natural disasters knock back between a third and two thirds of gross domestic product in Pacific economies.

Where countries are only eligible for ordinary capital resource lending (OCR), the nation’s encouraged ADB to extend concessional resources instead.

“This might be considered through some combination of: differential OCR pricing; country reclassification, as the World Bank has recently announced for Fiji and special consideration should be given to extremely vulnerable Pacific non-World Bank Pacific members, or; extending concessional resources to build ex-ante climate resilience in vulnerable countries or after a major shock or disaster, similar to the way ADB agreed last year to provide grant funding to help Bangladesh respond to the Rohingya crisis.”

Using the stage of the Governors Meeting, the nation’s also expressed concern about the European Union’s “unilateral and non-transparent black-listing of a number of Pacific countries.

He finished by asking the ADB to continue working with the Pacific DMC’s  and their development partners to resolve de-risking issues, and banking relationship problems that arise.

The Pacific DMC statement also commended the bank’s latest initiative on oceans: a commitment of US$5 billion over the next six years.

“The Pacific islands are custodians of the world’s largest ocean and are making major efforts to reduce pollution through actions such as banning plastic bags, strengthening recycling programs, establishing marine protected areas, and requiring more sustainable use and better returns from our tuna fishery, the world’s last great tuna resource.

“The Pacific calls on all countries globally to reduce marine pollution, help us sustainably manage our marine resources, and improve ocean health.”

The statement acknowledged the bank’s 2030 Strategy and its plans to increase climate financing to US$80 billion in the next decade, and its leadership in mobilising financing through the Green Climate Fund for five Pacific nations, “more than any other partner.”

“These initiatives, once critically assessed and supported by the PDMCs, will require support from development partners, including ADB.” 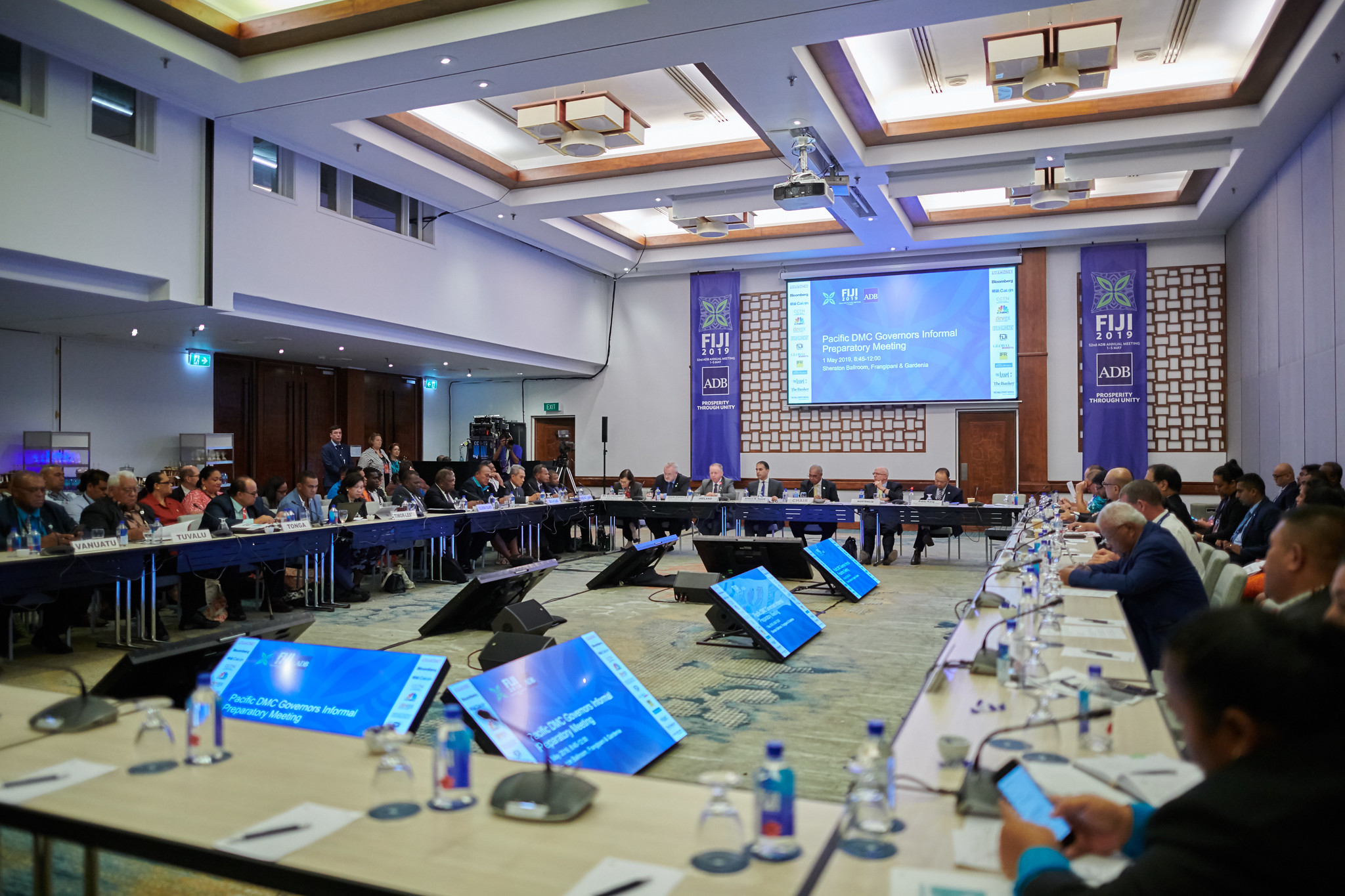 Speaking to the Samoa Observer, Mr Wase said it was an honour to deliver the statement to the governors.

“As the motto of the meeting says, prosperity through unity,” he said.

“For small island countries, we need to come as one, although maybe our issues are maybe different, collectively we can express to the world, especially when it comes to facing disaster and climate change.

During their meeting with the President of the Asian Development Bank, Takehiko Nakao, the Pacific Developing Member Countries heard how the bank is scaling up activities in the Pacific, including mobilising co-financing for climate change related projects.

“Going forward, one important agenda for you and ADB is to continue to secure adequate ADF allocations for eligible Pacific DMCs beyond 2020 under ADF 13,” Mr Nakao told the governors.

“We must demonstrate that the additional ADF resources available over 2019–2020 will be efficiently and effectively utilized to build resilience to global economic shocks, disasters, and climate change.”