A round robin competition between Under-18 teams from Vaimauga College, Leifiifi College and Papauta College, with Vaimauga coming away as the winners. 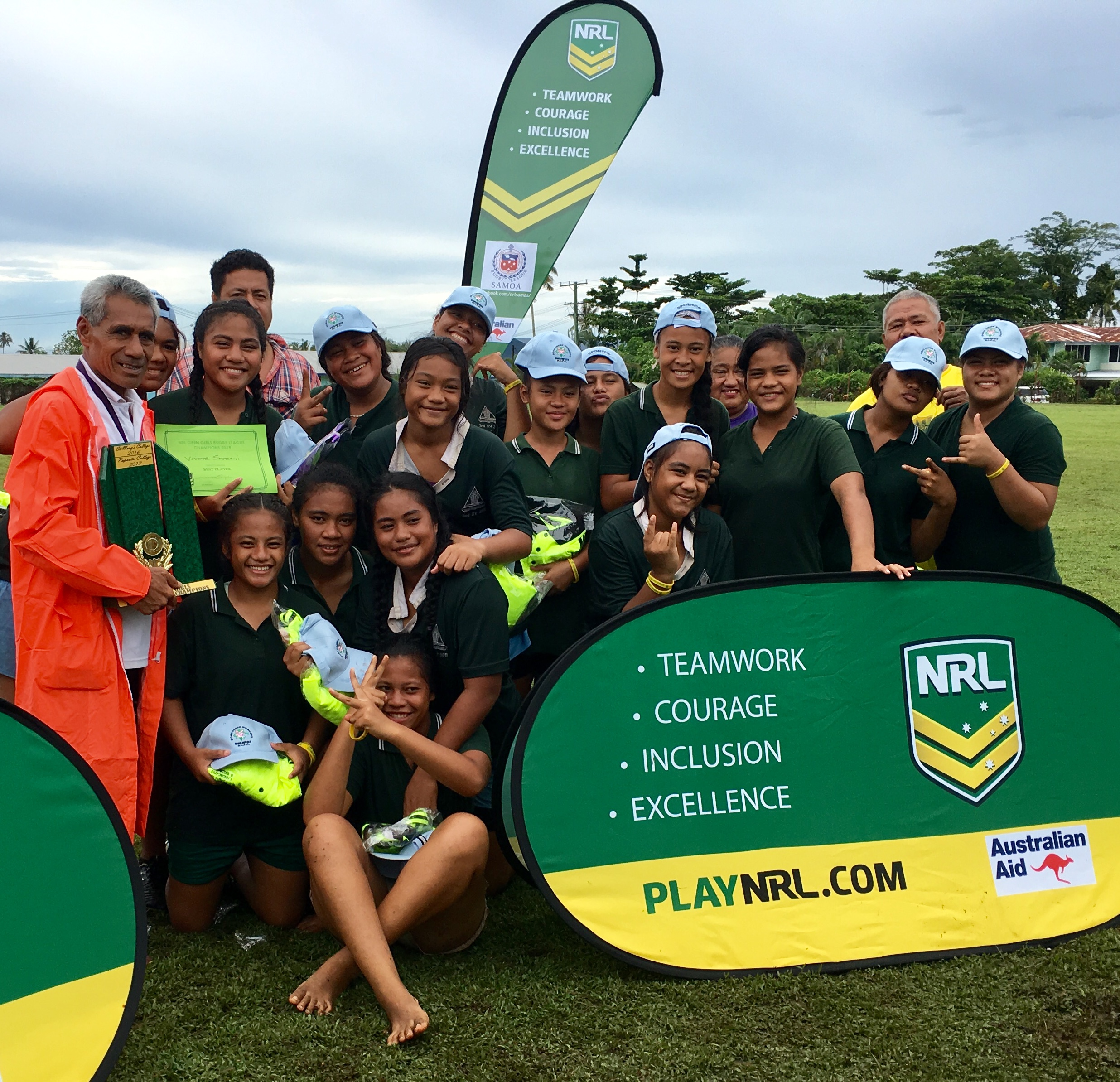 Game Development Manager for the N.R.L. in Samoa Gabrielle Apelu said another two teams pulled out last minute because the tournament clashed with dance practice in preparation for the Pacific Games, but they'll be involved going forward.

“We are looking to host another tournament further down the line after the Pacific Games, when the schedules aren’t so conflicted. This is also to have the girls get excited about the atmosphere, the thousands of athletes coming and have a small taste of what the Pacific Games will be like come July.”

“They are all doing so well, it was really good quality games today." 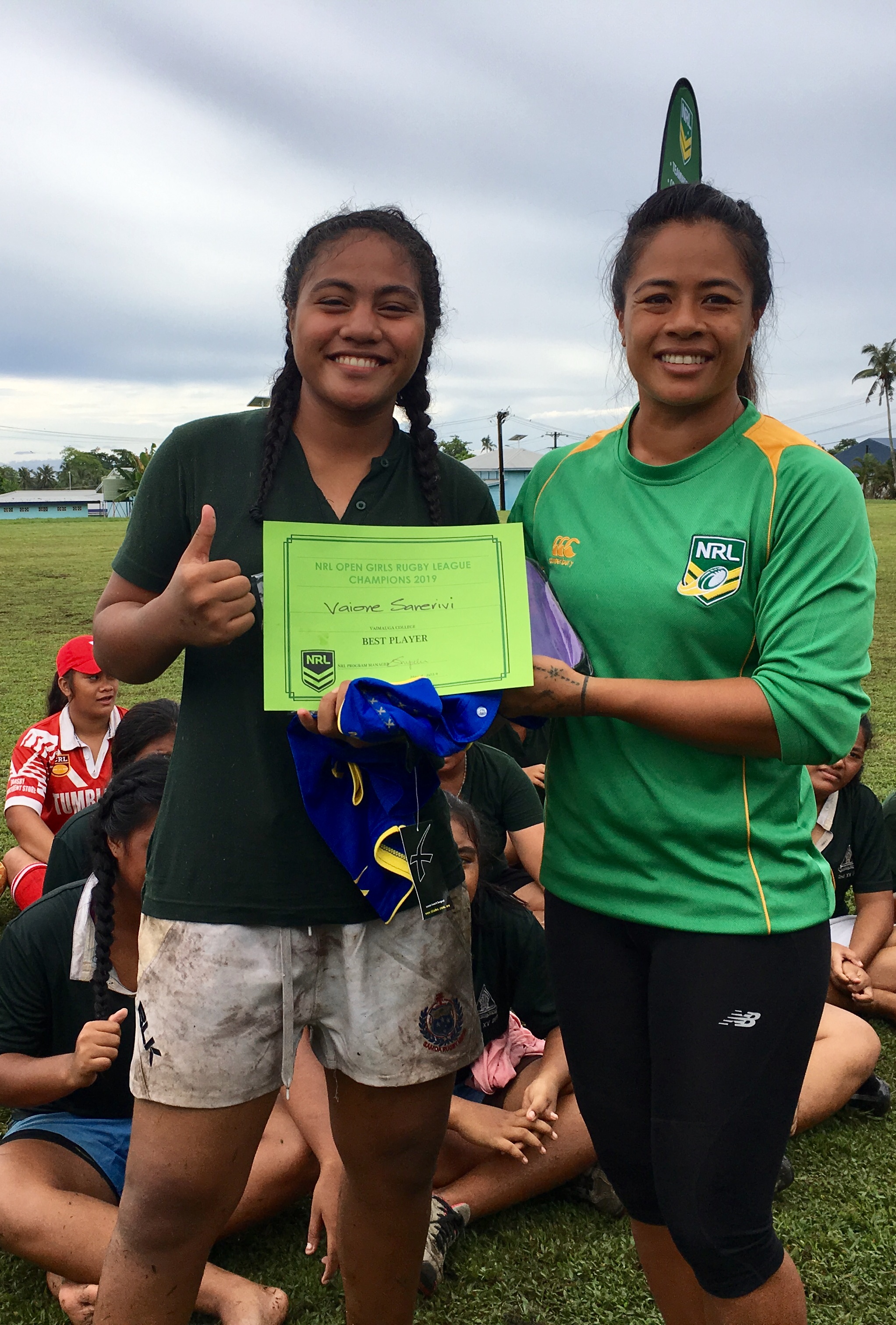 But for Apelu, the tournament was about more than just the rugby league itself.

She said the girls that played are part of the Pacific Stars leadership programme, a Ministry of Education Sports and Culture initiative that is run by N.R.L. in Samoa in partnership with the Australian High Commission, every Wednesday and Thursday, specifically targeting girls that have not played much sport before.

“The programme is focussed on youth leading youth, and providing solutions to the barriers that face them.

“They are the ones that have organised their own teams and have come on board.

“It has been gratifying and certainly very rewarding to see them break down those barriers, and participate on a Saturday.

“Sports is supposed to encompass everything that promotes and encourages a prosperous and positive community."

Apelu said they want the girls to stay in the sport beyond high school.

“Together with Rugby League Samoa, we encourage and promote interest within the young girls, that they could transition straight to Open Womens. We not only focus on the contact aspect of the sport but we hope to also provide a non - contact option that caters for all young women, which is why we have also partnered with Samoa Tag Incorporated to ensure all girls are looked after and no one gets left behind.”

She said NRL in Samoa is part of the development work that Rugby League Samoa have in promoting the women’s game and have an eye on the Rugby League World Cup in 2021, where it is hoped some local girls can be part of the team.

“While there is still enough time to grow and coach them to a standard where they can excel on the world stage."