Super 9 round four: Legends get off the mark

The Legends got their first win of 2019, over the Tornadoes 37-24. (Photo: Areta Areta)
Rugby union
Samoa Rugby Union

The Atua Legends defeated the Southern Tornadoes 37-24 in the main game of P.P.S. Super 9 round four Senior A competition yesterday at A.C.P. Marist Stadium in Lotopa.

It was the Legends first win of the season, and they are now just three points off the Navigators in fourth and a semifinal place. 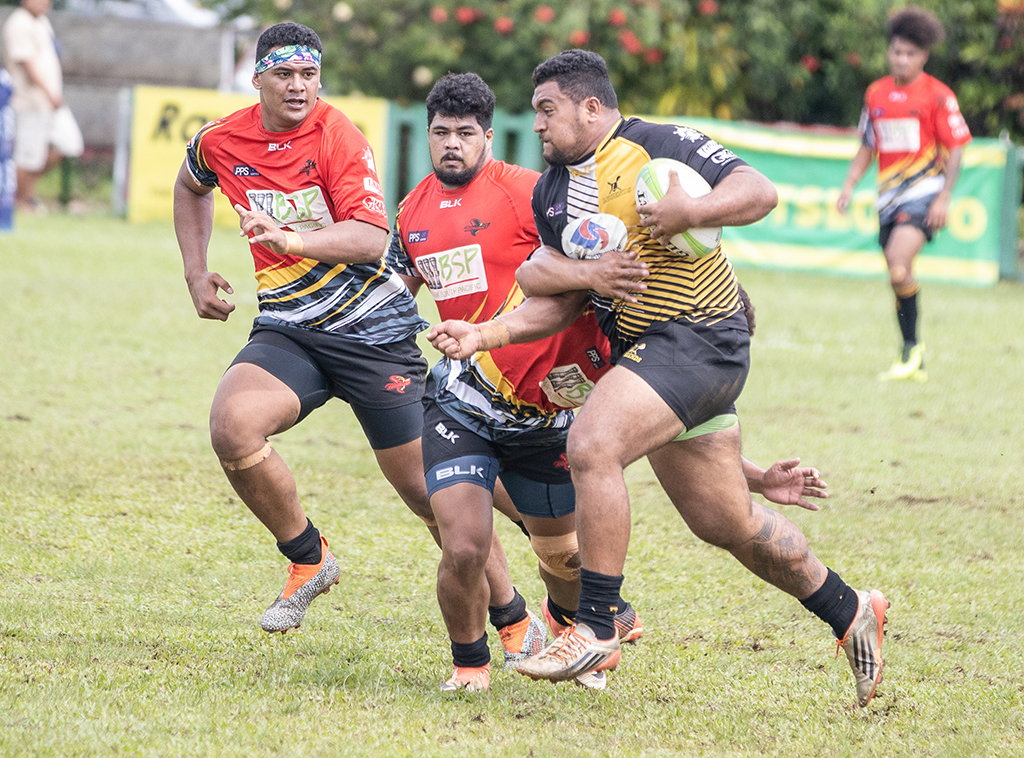 A four-try bonus point for the Tornadoes means they get off the bottom of the table.

A bye round for the Savai'i Vikings means the A'ana Chiefs are now top of the table, with the Vaimauga Eels a point behind in second.

However the undefeated Vikings have a game in hand on the two teams above them.

After their bonus point win over the Tuamasaga Eagles, the Faleata Knights are up to 10 competition points, and with a game in hand they are a good chance of pushing for a spot in the semifinals as well.

They will play the Navigators next week with a chance to overtake them in one of the round's key matchups, while the Chiefs vs Vikings matchup will likely go a long way to deciding who finishes top of the table both after round five and at the end of the year.

In the Under-20 division, the Eels remain top of the ladder despite suffering their first loss of the season to the Navigators, 31-17.

They are equal on points with the A'ana Chiefs at the top, with the Legends, Eagles and Vikings (who have a game in hand) all in the mix for the semifinals.

As in the Senior A division, the game between the Chiefs and Vikings at Fasitoo Tai looms large, while the Eels will be keen to bounce back against the Eagles.