"It was like fighting a fish in air conditioning" - Angler

The Rassmussen family has pulled in the catch of the day for the second day in a row at the Samoa International Game Fishing Tournament.

After cousin Karleen’s 179.4 kg marlin on Wednesday, Galumalemana Patrick Rassmussen caught a 56.8 kg yellowfin tuna in the fourth day of the competition. 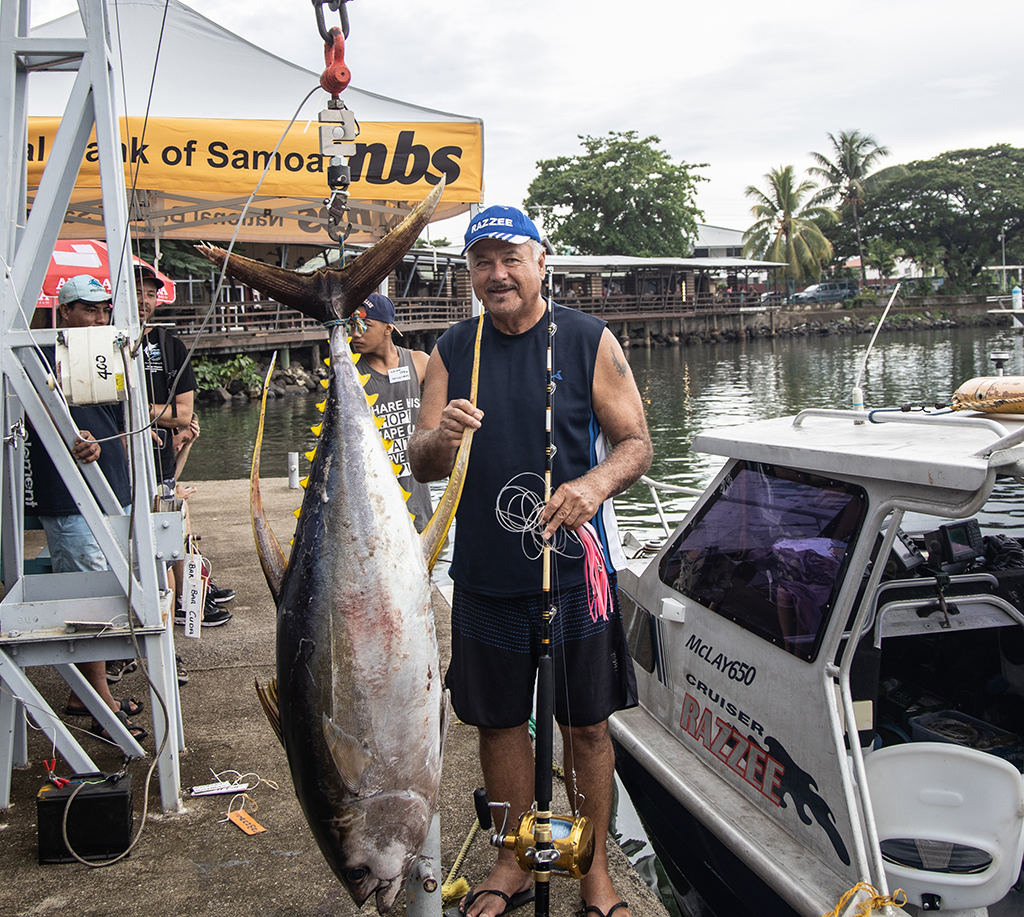 Galumalemana said the fish put up a good fight for 35 minutes.

“It was just the right conditions, it was like fighting a fish in air conditioning, it was nice and cool.

“The boys were joking about how I wasn’t sweating at all.” 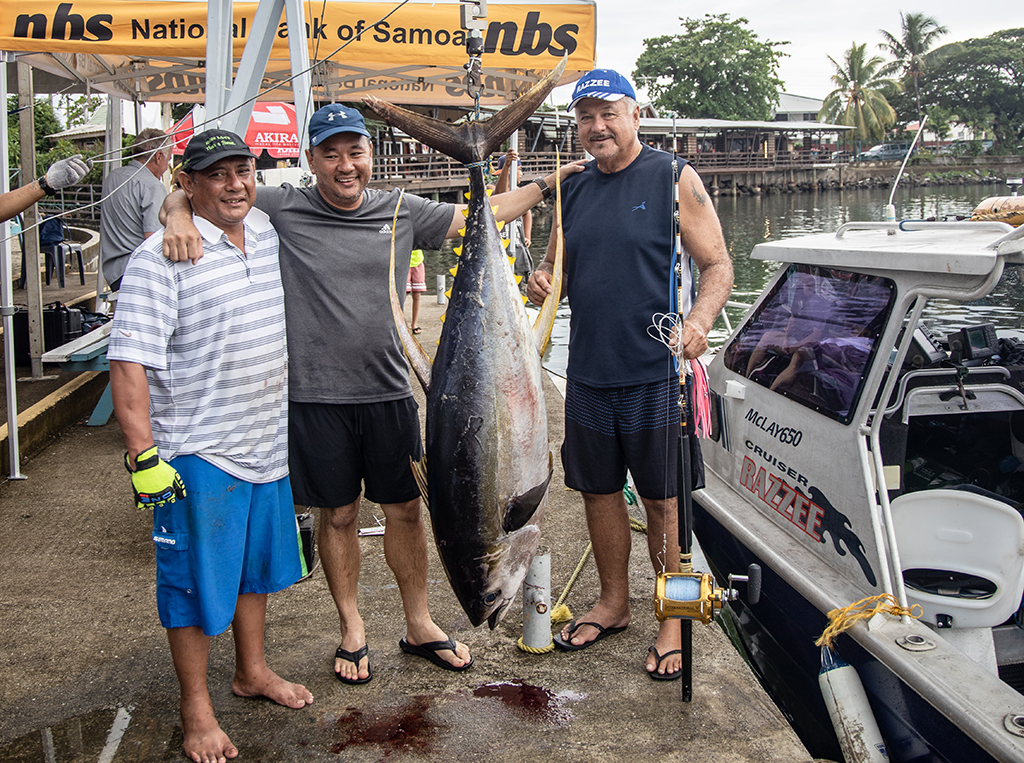 He said he didn’t even need any water during the 35 minute battle, the weather conditions were just perfect to make it easy.

Galumalemana said they were blessed at the end of the day.

“It had been a long day of trawling up and down.

“I think we looked as if we were one of the patrol boats.”

He said the team caught some fish on Monday and Tuesday, but they weren’t up to the required weight.

“At least we’ve got points now, we’re on the board now.”

Galumalemana said they’ll get whatever they are blessed with on the final day of the tournament tomorrow.

He said a lot of it is down to luck.

“I guess for a fisherman that’s how it is

“You could be in the same spot as other fisherman, and it depends on the fish, they make a choice.”

“Thank God, we’ve been having a lovely time.”