The catch on Wednesday by the 47-year-old from Lotopa pushed her team Hurricane Angels to the top as overall leader with 188.6 points in the competition.

Mrs. Rasmussen said this was the first time she has caught the biggest fish.

“We left at 8:30 am and then it was a quiet day until 3:30 pm when my sister caught her masimasi (mahi-mahi), we were celebrating that thinking that we were going to head back for a weigh in and then bang that was it.

“I describe the experience as worse than childbirth, it was very hard, harder than I ever thought, like every muscle was shaking, I thought I was going to throw up. 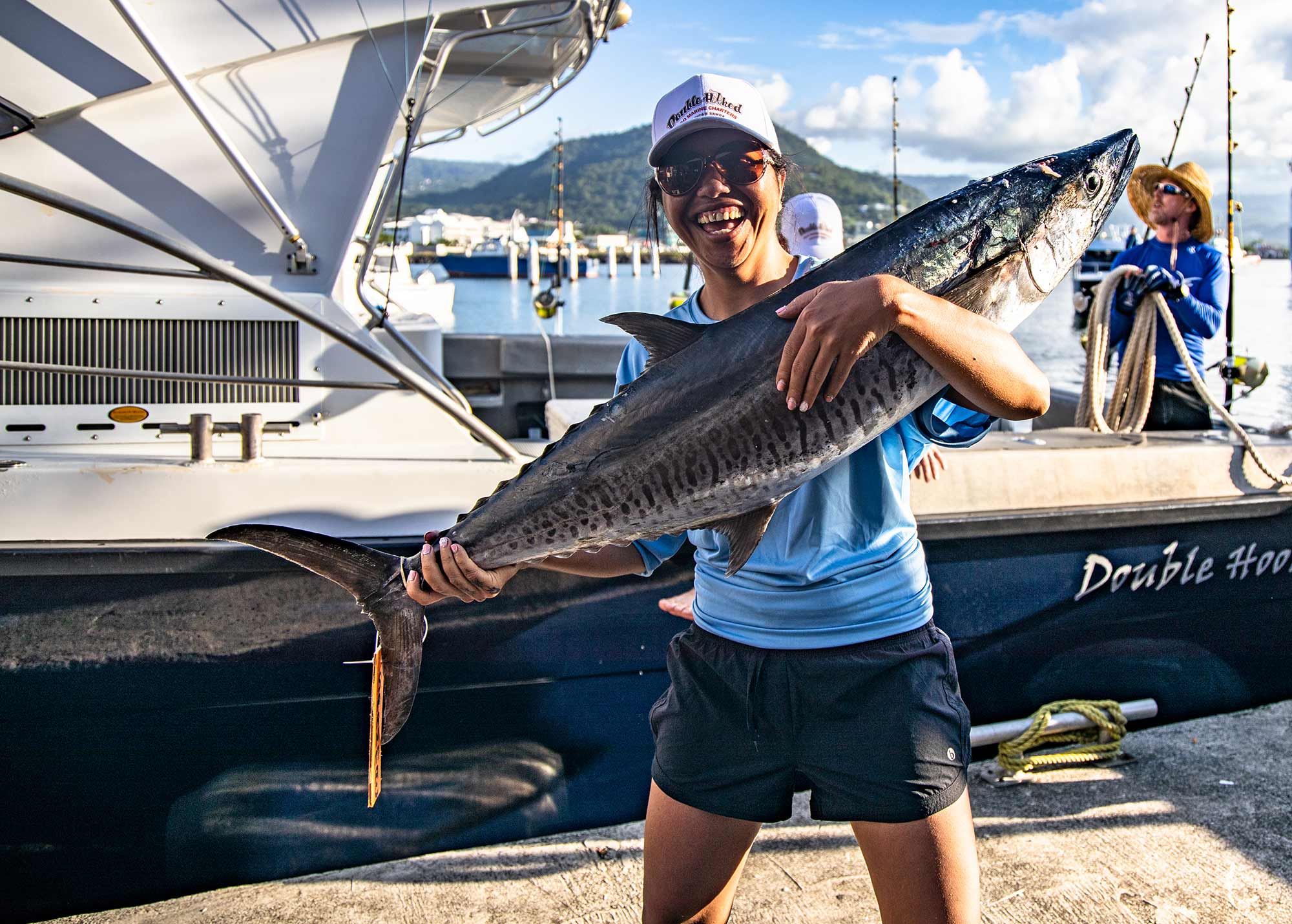 The mother of three said there were many times when she wanted to stop, cry and give up.

“We actually thought it was going to break but it didn’t, after all of it I thought about girl power that is what I describe catching the biggest fish out of the whole competition so far," Mrs. Rasmussen said.

“We were on the smallest boat and had the smallest wrists but we still got it, there were four of us on the boat and I acknowledge them all for making it possible to catch this large fish, it is a major team effort.

“I am going to add it to my journey tattoo, I dedicate this catch to my sister, Tanya Curry because she was very supportive and it was amazing out in the ocean we saw so many turtles, it is harder to catch fish nowadays; there is a lot less fish around like it used to be." 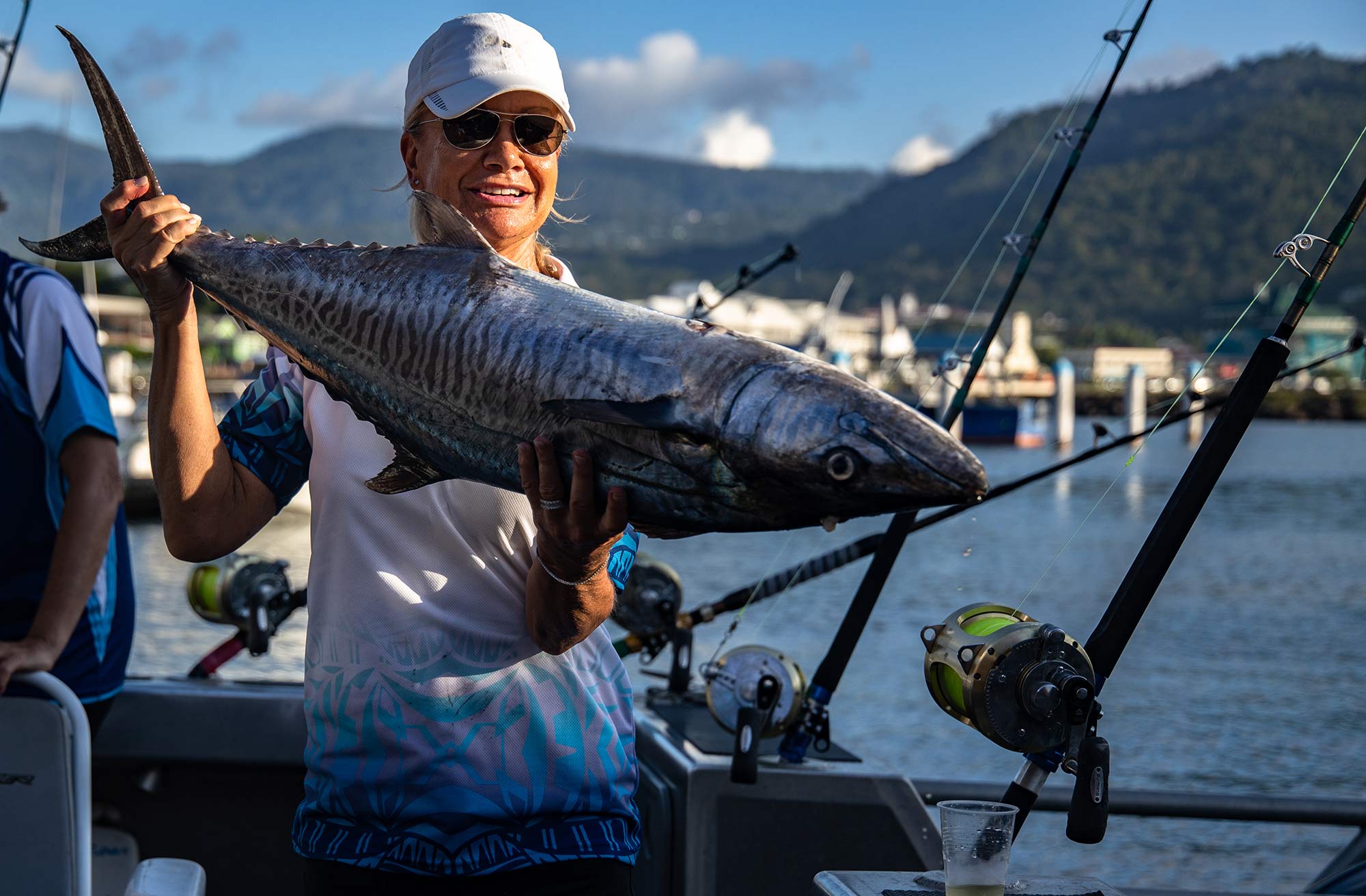 She said she is married into a fishing family and spent 14 years in Samoa.

“This is the first time I have ever caught a fish and it is quite big, it was also great for the kids to see it finally happen.

“My brother-in-law fought a marlin for five hours the other day and it was bigger than that and it snapped the line, the marlins do anything to snap the line, I don’t know how he could have done that because after an hour and 10 minutes of that I was speechless.

“I just would like to thank the Lord. I told my husband I was going to catch a fish that has got yellow on it but I did not expect a marlin.” 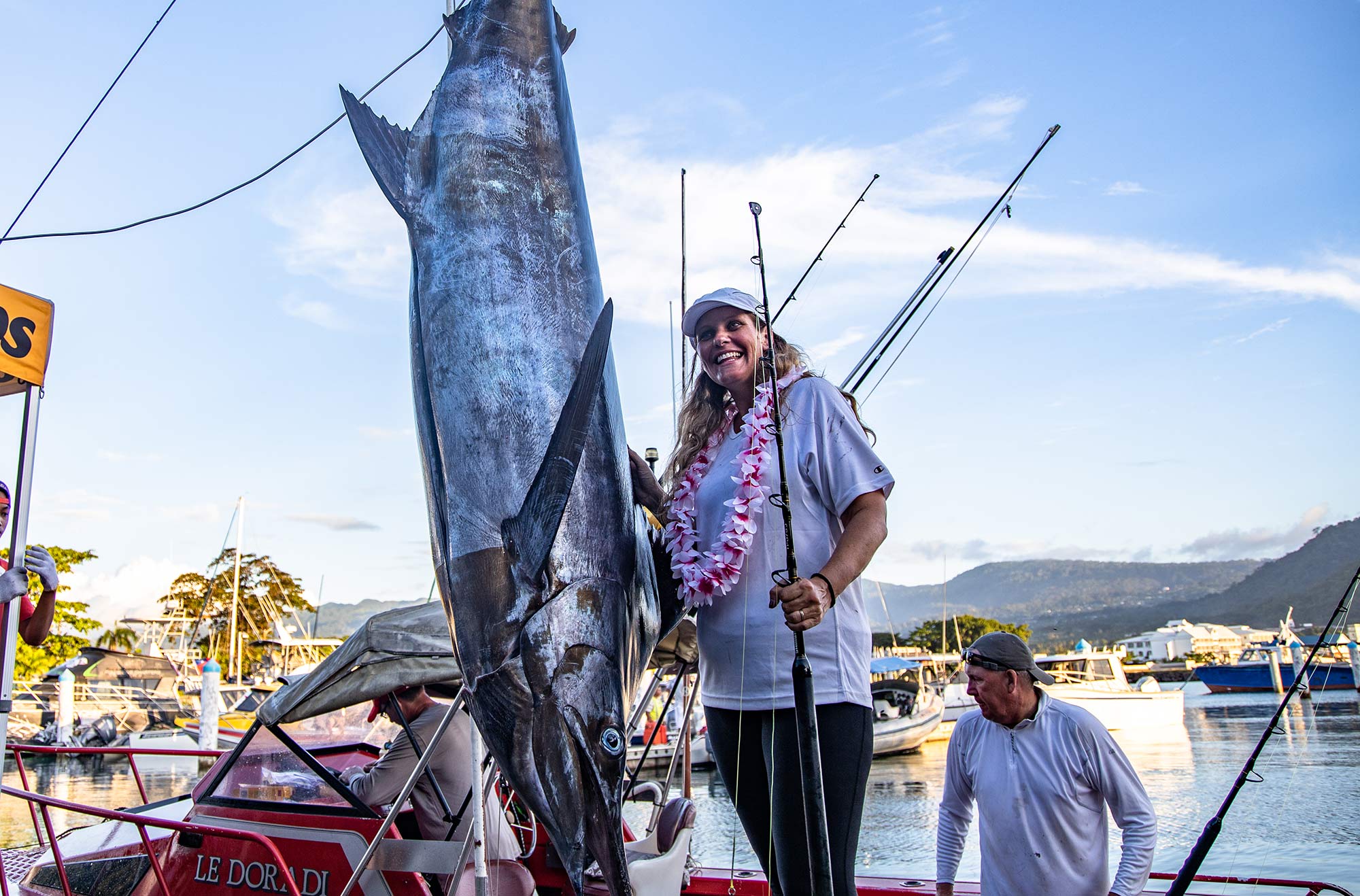