The section of road in Salelologa, Savai'i, sealed off since Monday this week has been re-opened to the public.

The part of the road in front of Seki a Savai’i Ltd in Salelologa was opened at 11:30am Wednesday after Police tested the grenade found in a parcel from Australia, intended for a family at Fa'ala Palauli.

"The public is hereby advised that the Ministry of Police (M.P.O.) have reopen areas of Salelologa that was sealed off since Monday, 29 April 2019," a statement from the Police said.

"Two officers of the Ministry of Police who were trained whilst working in the United Nation safely removed the grenade and destroyed it in a safe area in Savai'i with the assistance of the Ministry of Natural Resources and Environment (MNRE) as an environmental precaution and Customs Division.

"The area has been secured and is now safe for public access. We thank all members of the travelling public for adhering to our notification and for your patience throughout this ordeal."

"MOP will now proceed to determine appropriate legal actions to prevent this matter from occurring again. We advise members of the public receiving packages from families overseas of the legal implications of bringing dangerous goods into Samoa."

According to a police source, there was no powder inside the grenade and it did not go off. Police tested the grenade by shooting at it.

“Everything is cleared now it was just one grenade and no other suspicious items were discovered,” said the police officer.

"It is now safe for traveling and everyone is going about with there business as usual."

Speaking to the Samoa Observer, Managing Director of Seki a Savai'i Ltd, Leota Matamu Kuki Retzlaff he confirmed other cargoes belonging to the resident which was questioned for the grenade have been cleared.

"No more explosives were found in the other cargoes," said Leota. 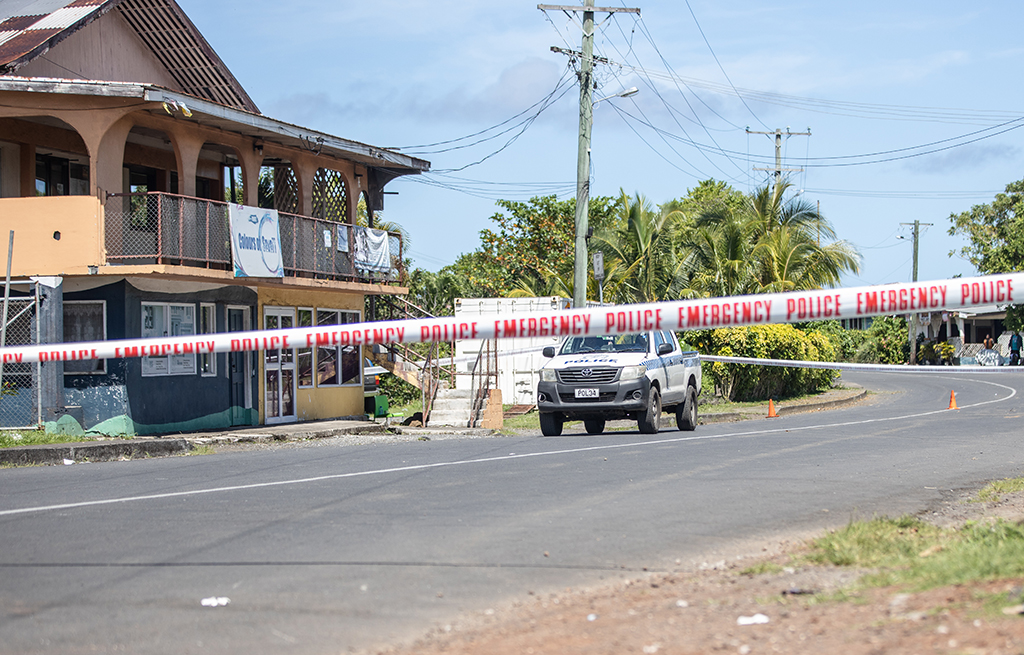 "All there cargoes have been cleared including those belonging to other people in Savai'i. There are still many speculations but that is the what is happening here. There are no other explosives or grenades."

Leota also took the time to thank the authorities involved, Police, Fire and Emergency, Customs and Quarantine for their quick response.

"Without there support and response we would not have been able to clear the air," he said.

"I thank the authorities involved for their help in ensuring our island is safe. I also acknowledge the great support from the matai of Salelologa that have been supportive throughout this all. Everything is back to normal now and we are all safe back here in Savai'i."

Manumalo Baptist School Principal, Seumanu Greta Seumanu said the road was opened around 11 am and everyone is now driving through the area as usual.

She assured the students of her school are in good hands and are not at harm.

*This story has been updated from an earlier version to include the statement from the Police.