Section of the road in Salelologa remains closed as Police continue its investigation into a grenade threat (Photo: Aufa'i Areta Areta)

A hand grenade, which has forced the Police to seal off a part of Salelologa from public access, was discovered during a routine inspection by Quarantine and Customs Officers at the premises of Seki a Savai’i Ltd, on Monday.

This was confirmed by the company’s Managing Director, Leota Matamua Kuki Retzlaff, during an interview with the Samoa Observer at Salelologa this afternoon.

The premises remain cordoned off and the main road in front of it continues to be blocked off as the Police continue their investigation.

Leota told the Samoa Observer the package in which the grenade was found was only the second parcel inspected by the officials on Monday. The parcel is from Australia for a family in Palauli Savai’i.

“We are the agent for Pacific Forum Line (in Savai'i) where the channel of the consignment came through from Australia,” said Leota.

“The premise is a Customs bonded house and we bring cargos from Apia to Savai’I for the convenience of people on the island and cargos are cleared by Customs and Quarantine here.

“So the men (Customs and Quarantine) arrived on that day to do their regular checks and discovered one hand grenade. Customs made the call to alert Police.”

Leota said since the alert was raised and the Police called, there has been a lot of misinformation about the matter – especially on social media.

“I want to clear those rumours,” he said, “it is not the whole container, it was a loose cargo that came in crates.”

According to Leota, the cargo was one of several parcels intended for a Samoan resident in Palauli, Savai'i.

He said when his staff informed him about the discovery, he told them it was up to Customs on what to do next.

"The authorities had requested for the packaging list from the agent in Australia where the questioned cargo came from, and I had also asked for a copy," he said.

"I have seen pictures of the cargo and it was a one hand grenade that they discovered. But it is just one cargo (out of several from the resident) that has already been inspected but there were others." 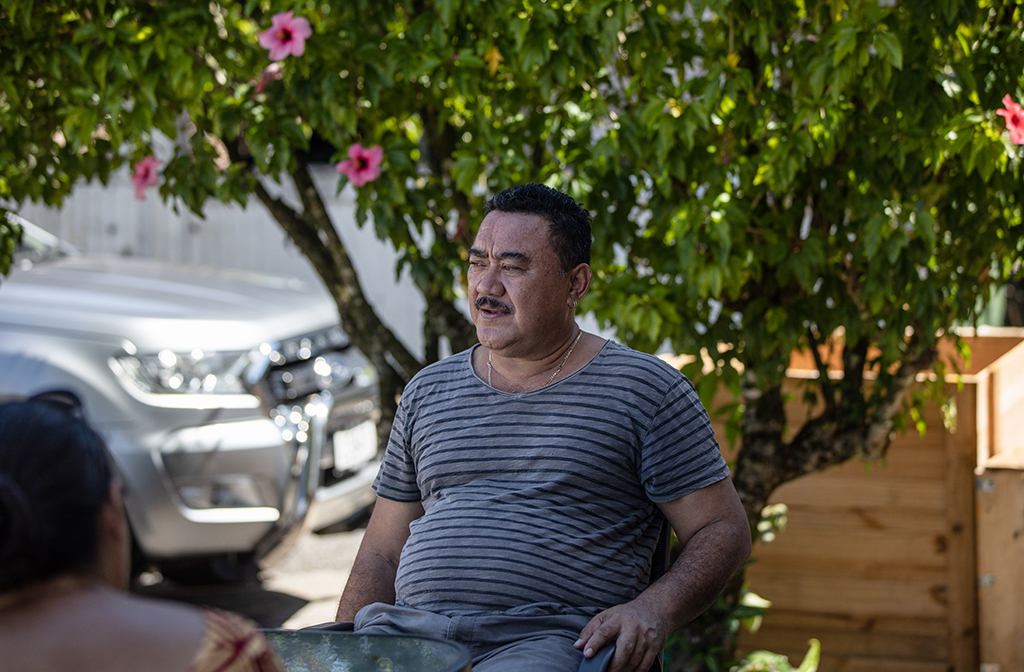 A Police officer in Savai’i, who is not authorised to speak to the media, confirmed the report from Leota.

“The next course of action is to test the grenade that was discovered,” said the officer.

“Police have found an area within Salelologa to set it off away from the public. More police have just arrived in Savai’i on the Nafanua to assist with the operation in Salelologa. It is already evening so we won’t be testing the grenade today but is expected to be done tomorrow morning.”

Asked why Police made the call to test the grenade, the Police officer said it is the only way to test it if it is a real grenade or a fake one.

“From inspection, the one grenade discovered appears to be genuine, it’s heavy. Reason for testing it is to confirm if it is real.

"We need to confirm if it is real otherwise it would be pointless for overseas authorities to come in if it’s not real so this is the only way to test it.

“It looks real and it’s everything that you see in the movies. So we have been informed it will be tested in Salelologa far away from the general public.”

Meanwhile Leota said the incident on Monday has resulted in several of his businesses being closed temporarily. The building where Seki a Savai’i is located houses the Colour of Savai’i painting business and the Savai’i Samoa Tourism Authority (S.S.T.A.) office.

Across from the road is a restaurant belonging to his family, which has also been closed. Leota said the incident is a one off.

“I don’t know whether to laugh or to get mad at what’s happening,” he said.

“Some are making quite a joke of this incident, and I think it is a warning to everyone that they cannot just bring in anything and should be cautious.”

Leota employs about 30 workers at his three businesses.

Just down the road more businesses have been affected. They don’t know when the Police will end the road blockade.

Several other businesses close to the area have been left without customers all day since the road blockade on Monday.

It includes E-Home which had to be closed half day and No1 Shop.

Atalua Faleono of Faga works for E-Home.  She said it has been a quiet day since the incident occurred.

“We haven’t had any customers since the road was sealed off midday Monday,” she said. “I wasn’t aware of what was happening right infront of us until someone told us about an explosive.

“We are closing down today early because there is no point we haven’t had a single person walk in here until you came.”

The road, which Police has sealed off, has been deserted with travelers taking alternative route to get to the other side.