A visiting Jordanian eye specialist and his daughter escaped injury in Apia's Vaea Street yesterday when their car was hit by a truck that wanted to overtake them.

Douglas Mehr and Madison Mehr were trying to make a right turn in front of the Lucky Food Town supermarket, when the truck tried to overtake and ended up clipping off their car's front bumper and fender and then overturned in front of the shops.

The father and daughter were shaken by the ordeal with Mr. Mehr telling Samoa Observer that both vehicles were coming from the north side and when they tried to make a right turn, the truck tried to overtake and ended up partially bumping the car's front before overturning on the side.

The Jordanians said the truck’s crash was in a fishtail because it was going “too fast” and it was wrong for the driver to try and pass them when they were about to make a right turn.

The truck was thrown onto its side in front of the Ace Hardware store, a few meters from Lucky Food Town Store until the arrival of a Fire and Emergency Service Authority (F.E.S.A) truck. 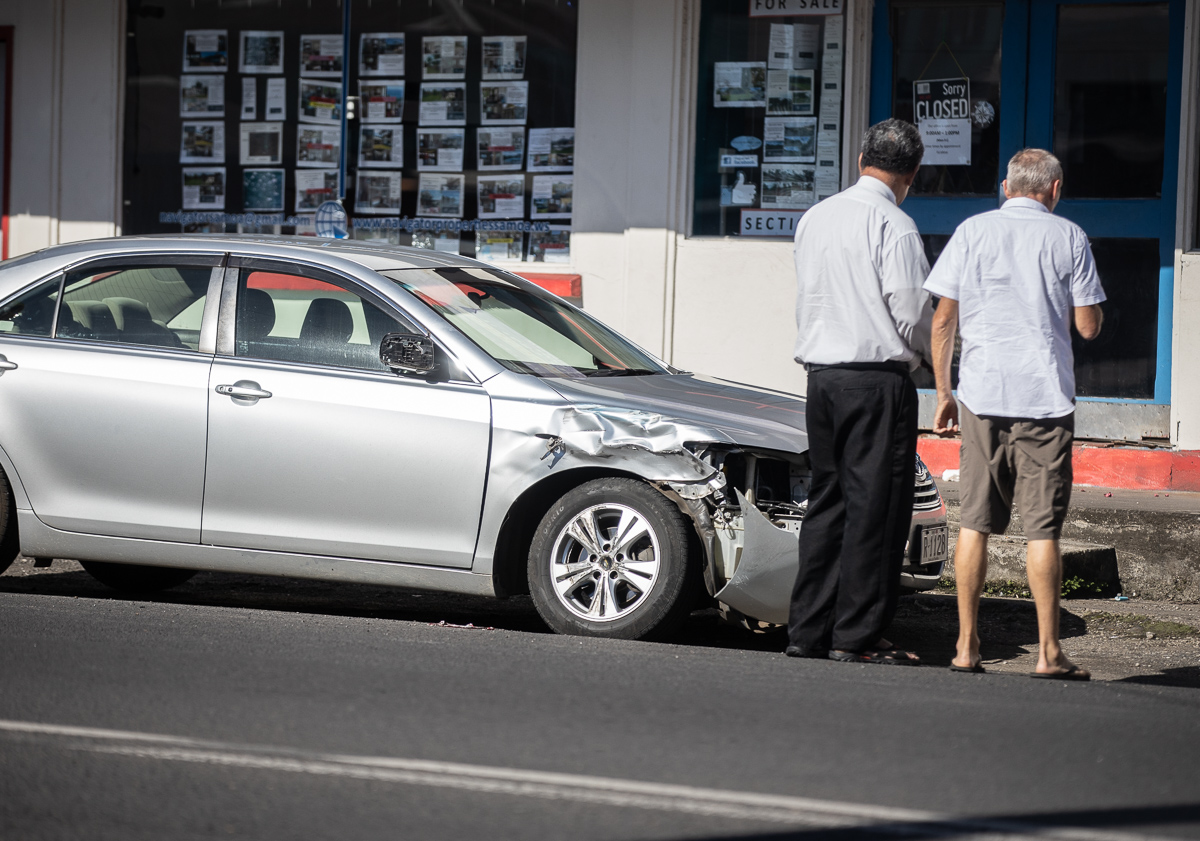 Members of the F.E.S.A and the Police Officers were at the scene of the crash and were able to put the truck back on its wheels.

The driver was taken to the hospital according to the father and daughter who added that they were concerned about his injuries.

“We just wish he’s okay and safe because it was a scary experience,” Mr. Mehr said.

A police officer at the scene of the crash, who does not have authority to speak to the media, said they have not pressed any charges yet as the truck driver is hospitalised and he could not talk due to his condition.

According to Mr. Mehr and his daughter, they are in Samoa to present their donation to the Eye Clinic as a kind gesture. Mr. Mehr is an ophthalmologist in West Jordan.

The father and daughter were later left the scene, accompanied by two members of the Church of Jesus Christ of Latter-day Saints.