S.I.G.F.A. President, Michael Rassmussen, said the tournament originally started from a dream of a few now senior members, including Prime Minister Tuilaepa Dr. Sa’ilele Malielegaoi, to host a fishing show that would showcase the beauty of Samoa and its people to the world.

“Fast forward 23 years, we the next generation are continuing that dream," Mr. Rassmussen said.

“Fishing to me is all about the camaraderie and friendships that we foster that last forever, the fish of course is a bonus.”

In his keynote address, the Prime Minister mentioned how he promoted the tournament back in 1990 during his time as Minister of Tourism.

“The goal at the time was to have our own fishing sport, start it, and then turn it over to the real professionals to continue managing it.”

He said they wanted a major tourist attraction which would bring a growing number of visitors to Samoa every year.

“For our visitors, don’t forget to make the most of Samoa while you are here.

“If you don’t catch a lot of fish here don’t worry, go to Savai’i and you will catch more.”

Tuilaepa said he always enjoys giving the address for this tournament, so he can be of service to the sport of game fishing.

He said he wants to promote all kinds of sports for the youth of Samoa to be able to take up.

“To be able to spend their time usefully rather than wasting it doing stupid things.” 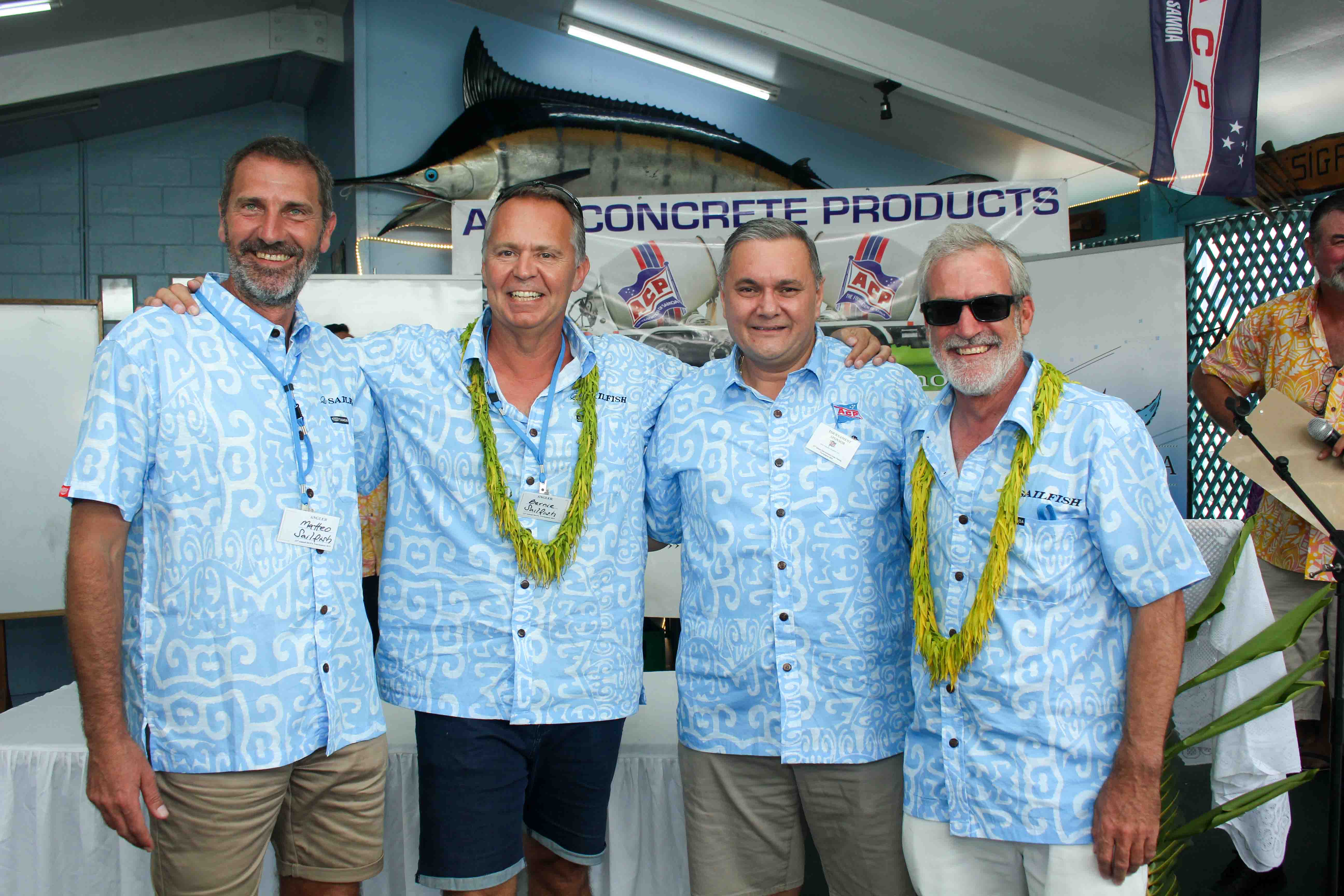 Greg Hopping of Troppo Fishing Adventures said it was good of the Prime Minister to come along to the ceremony.

“It was good to see him relaxed, and that’s what fishing is about. Letting go all those everyday stresses and being able to chill out, while you have fun catching nice fish.”

He said there are 18 boats for this year’s tournament, manned by a mixture of local and international crews.

“Hopefully the weather is good for fishing. We need a little bit of wind, we need choppy conditions.

“We need water that’s moving all the time, that encourages the fish to bite.”

Hopping was pleased to note that the weather forecast predicts exactly those conditions.

“It should be a good catch.”

The tournament starts on Monday, with prizes given at the end of each weekday’s fishing, as well as overall prizes next Saturday.