Football Federation Samoa (F.F.S.) is on a mission to develop football and attract the attention of potential female footballers through its fun foot programme.

Started in 2011, the grassroots initiative looks at developing and enhancing the skills of children aged five-15 years by giving young players the opportunity to develop basic football skills including running, jumping, landing, dribbling and juggling, in a fun setting and positive environment.

Angela Pauga, who is the F.F.S. media and communication officer, said the programme has been ongoing for seven weeks now.

"It has reached more than 500 children, which is an estimate since we started and we want to grow the participation of the kids.

"We specifically also aim for women, we still have a limited number of women joining football and we want to increase their participation," she said.

She said although their target ages are five-15, their programme is not limited to also including four-year-old into the programme. 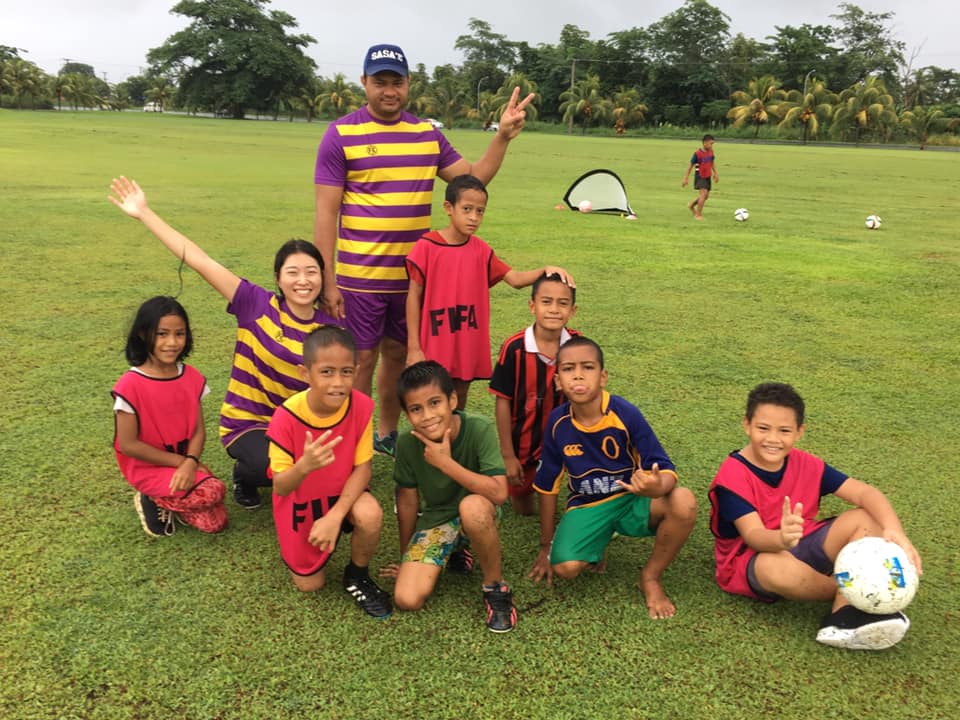 She said their program yesterday has expanded to three locations, including F.F.S. Fields at Tuanaimato, Samoa College, and Marist Mulivai.

"It has an impact because most kids who join fun football, they ask if there is any other program they can join in again. So after fun football they have to look for a soccer club and join the youth league.

"Sometimes, there are kids who switch (sports) as they grow older, which is fine but the fun football is what helps us to develop, along with the 'Just Play' program which deals with social responsibility of the kids, which is always conducted in schools, organizations and communities,"

Last Saturday, she said the programme reached more than 100 children in their three locations.