Vikings U20 win Battle of the Big Island

The Vikings U20s got their second win of the PPS Super 9 season today, defeating the Warriors 45-13 in the Battle of the Big Island at Prince Edward Park in Iva, Savai’i.

The Warriors kept it close for most of the first 20 minutes, before winger Henky Melota earned himself a yellow card in the 17th for a high tackle.

Prior to that, the teams had traded penalties, with neither getting near the tryline.

The Vikings scored just two minutes after that yellow card, with lock Noa Umaga getting over after the game’s first real line break.

Fullback Peter Iese converted to give his team a 13-3 lead. 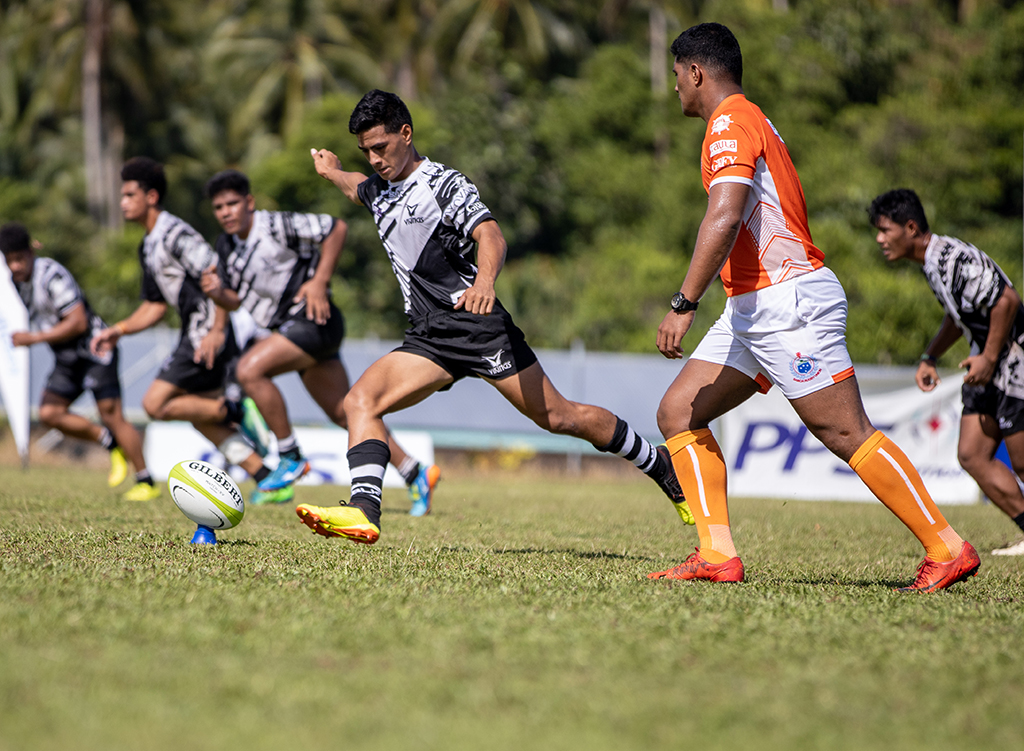 The Vikings were playing with confidence now, and that extra man saw them spread the ball wide for another try to hooker Joe Sefo in the 27th minute, just before Melota’s return from the sin-bin.

The remaining minutes before halftime would be crucial for the Warriors in trying to keep the deficit manageable heading into the break.

However the Vikings ran in another try through number eight Anzac Pago, who scored under the posts after a scrum to make it 27-3 at halftime. 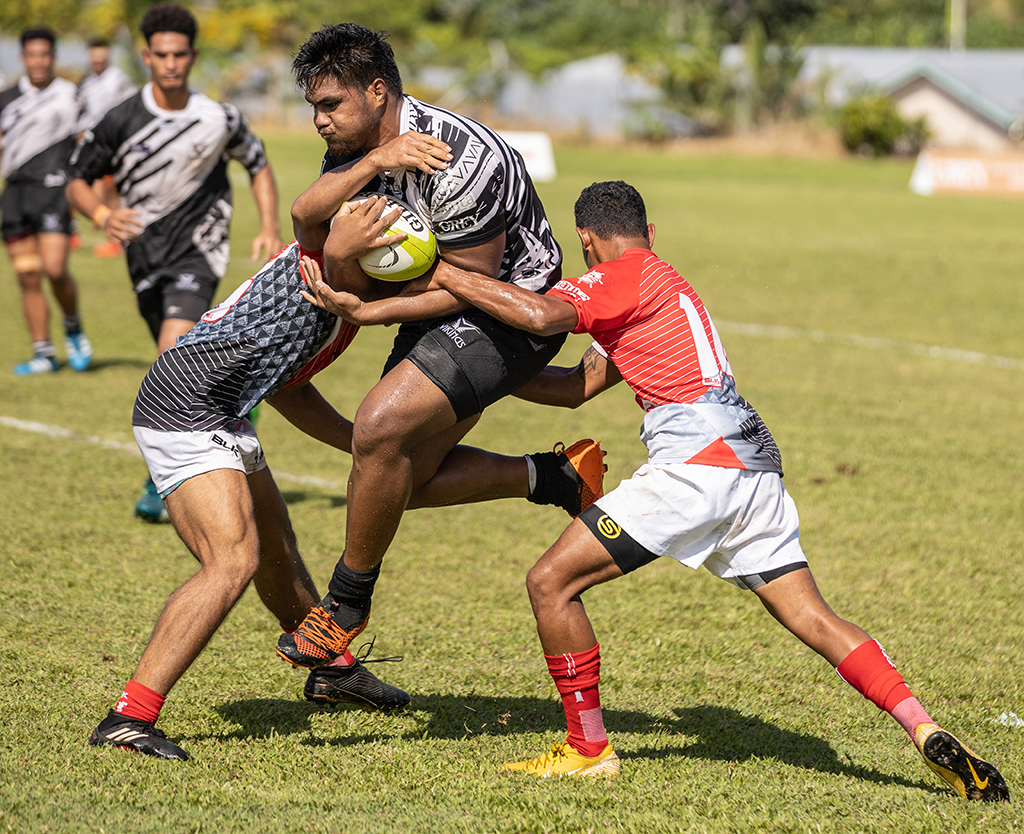 They put on another 10 points in the first five minutes of the second half, with Iese knocking another penalty over and prop Taofiga Momoisea getting his team’s fourth try to secure a bonus point.

Warriors winger Elisala Asolelei picked up a yellow card, but it was his team that scored the next try.

Halfback Tusi Fineaso dotted down to make the score 37-13 after the conversion.

But the Vikings had the final say with substitute Dave Puleiala getting a try in the corner with the last play of the game.

“We were lucky to get the win today, but there’s still a lot we need to work on.

“Next week we’ll take the bye, and there’s a lot of work we have to do to improve for the remaining five rounds.”

He said he is happy to be going into the break with two wins and a loss.

“The boys really stepped up from that last loss against the Eels a couple of weeks ago.

“We’ll enjoy the win tonight, and go from there.”

Fullback Peter Iese was one of the Vikings standouts having had an accurate day with the boot.

“He’s one of our main strengths right now, he’s a very good player. 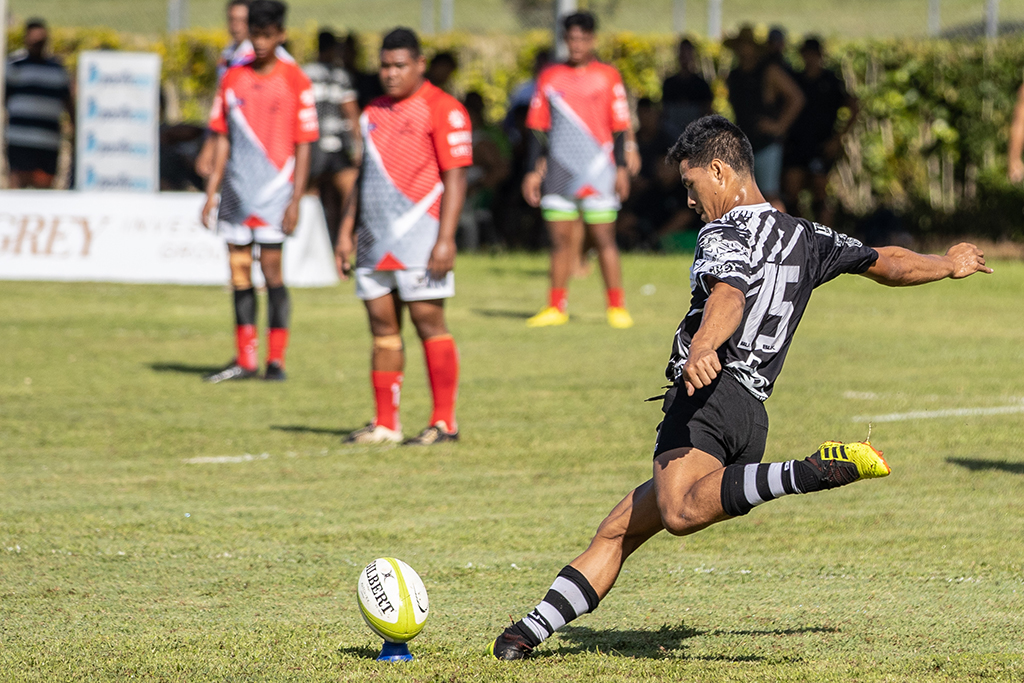 “Peter will be one to look out for in the next few years.”

Warriors coach Talimatagi Niu Leleisiuao said it was a tough game, and his team made a few mistakes.

“That first yellow card that gave the Vikings their first try, well it’s something we

should be doing better.”

Talimatagi thanked Savai’i, and especially Palauli for their support of the team. 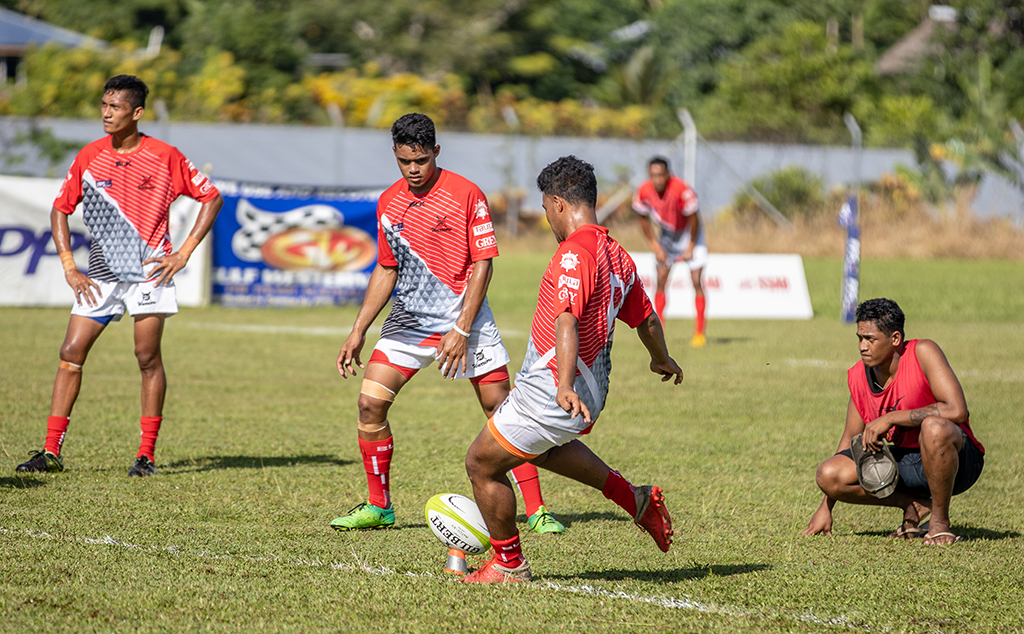 “We’ve lost but we lost with humbleness and we believe the sun will rise again tomorrow.

“The Warriors Under 20s will try again for a new morning.”