One Solitary Life Concert comes with a message

A charity concert "One Solitary Life" is being staged at the National University of Samoa's Niule'a Building on Friday night.

Presented by Brown Girl Woke, the concert was dedicated to the Sexual Assault Awareness month, with 15 performances by 42 people from as young as six years old.

"This would be the seventh year we’ve done one solitary life and this particular concert is usually done in the weekend before Easter Sunday, however this particular year, we needed a little bit more time because of the collaboration with Brown Girl Woke.

"From our side, we wanted to turn our normal Easter concert to an issue that is very current in our society hence why we are collaborating with Brown Girl Woke, which is an organisation that is very driven towards women empowerment and stands against violence and abuse and you know, it’s very prevalent in every society, not just Samoa," she said.

Ms. Solomona said the production comprises students from two of Brown Girl Woke's two clubs in each university apart from those in the N.U.S. Community Music and Performing Arts Program.

"We need to apply you know the Christian life to current issues, so apart from the concert, the programme is a mix of Easter anthems and spiritual on Christ’s crucifixion and his resurrection we also want to apply that to today’s issue with violence. 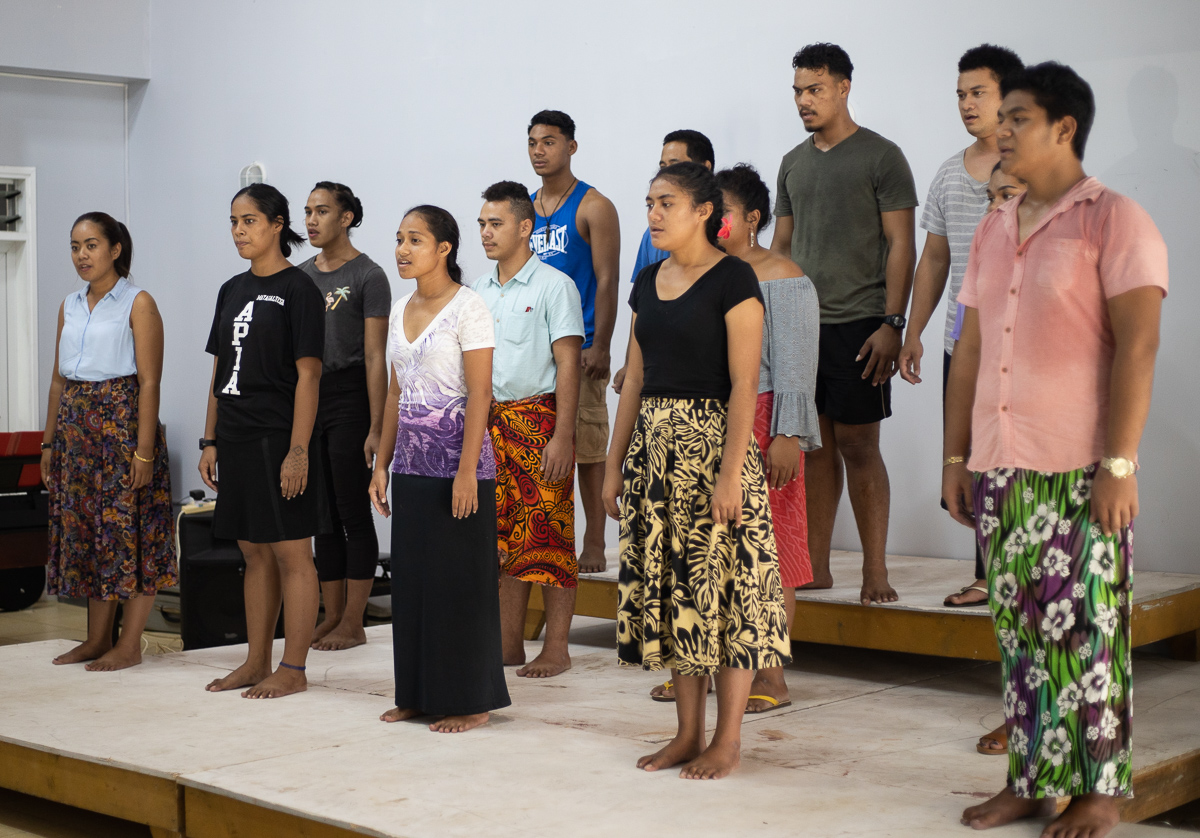 She added this year's preparations was different from previous years.

"For the last month, despite our different schedules; everything that will be put on stage tomorrow has been screened. Obviously there’s been an overload of ‘oh we’ve got 20 plus items’ but they’ve all been screened to the best they can.

"Even for us the university we try and maintain the standard. So tomorrow night (yesterday night) everything that we’ll be performing and everyone would have had time to be trained by the lecturers and tutors of the university," she said.

Ms. Solomona said this concert is also be a chance for the lecturers and tutors to assess the students during their performances and monologues, which most have been personally written by the performers and told the Samoa Observer it has been an emotional journey for all of them.

"Performing arts students are doing monologue, one man act and most of the monologues on the night were written by the person [who] is performing them.

"But for everyone, I think it’s been a very enlightening journey because as we progress through the preparations for this concert, we have had to really research and really dig into violence that is growing in our community.

"We have in my choir, interestingly I have a good representation of fa’afafine in our community; they’re amazingly talented but they live such a different life from me.

"So for me it’s been quite emotional and it’s really made me open my eyes, like I could be in the same room with ten other people, but the statistic may be four out of ten come from homes that are abusive," she said.