Samoa’s newest Airport in Ti’avea is estimated to cost the Government $14 million tala.

This was revealed at the signing ceremony of a memorandum of agreement between the Government and the Ti’avea Village Council on Thursday.

The airport building and project will cost $10 million while the $4 million is compensation for the 26 acres of land belonging to Ti’avea families. 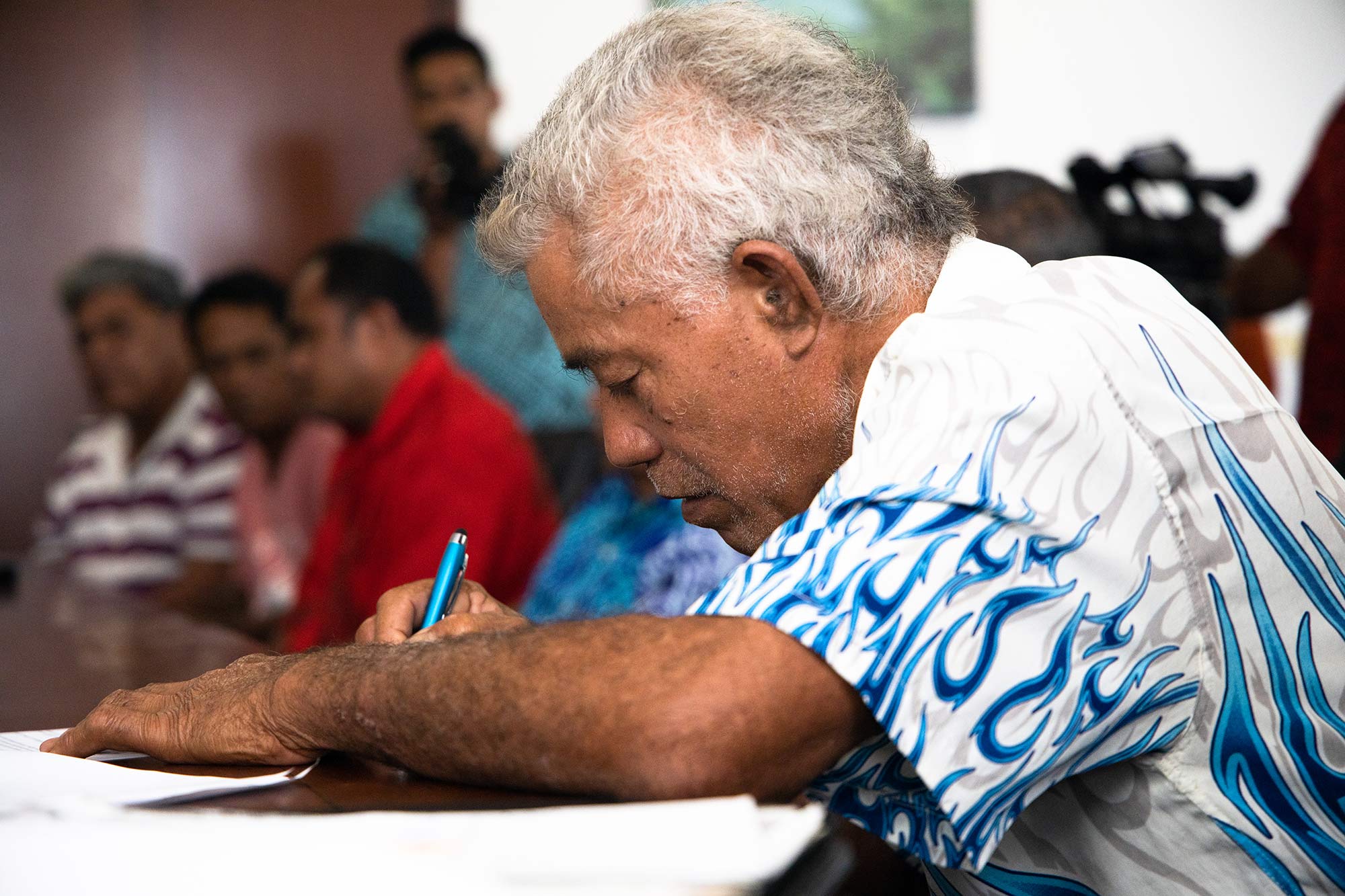 Deputy Prime Minister and Minister of Natural Resources and Environment, Fiame Naomi Mata'afa, gave the assurance that Cabinet has already approved funding for the project.

“This is a clear picture the families will be compensated soon and that Cabinet has approved the funds. The only issue left is the completion of the proper paperwork to be signed," she said.

The Deputy P.M. commended the Village Council for overseeing the project and ensuring that it did not encounter any problems.

The Ti'avea airport is scheduled to be completed in August this year.

In addition to the memorandum of agreement, the parties also signed a deed of settlement between the Government and the families who gave their land for the airport.

According to a press statement, there are 11 portions of land and to date only three families have completed all the relevant paperwork for the confirmation of funds to be disbursed as payment. 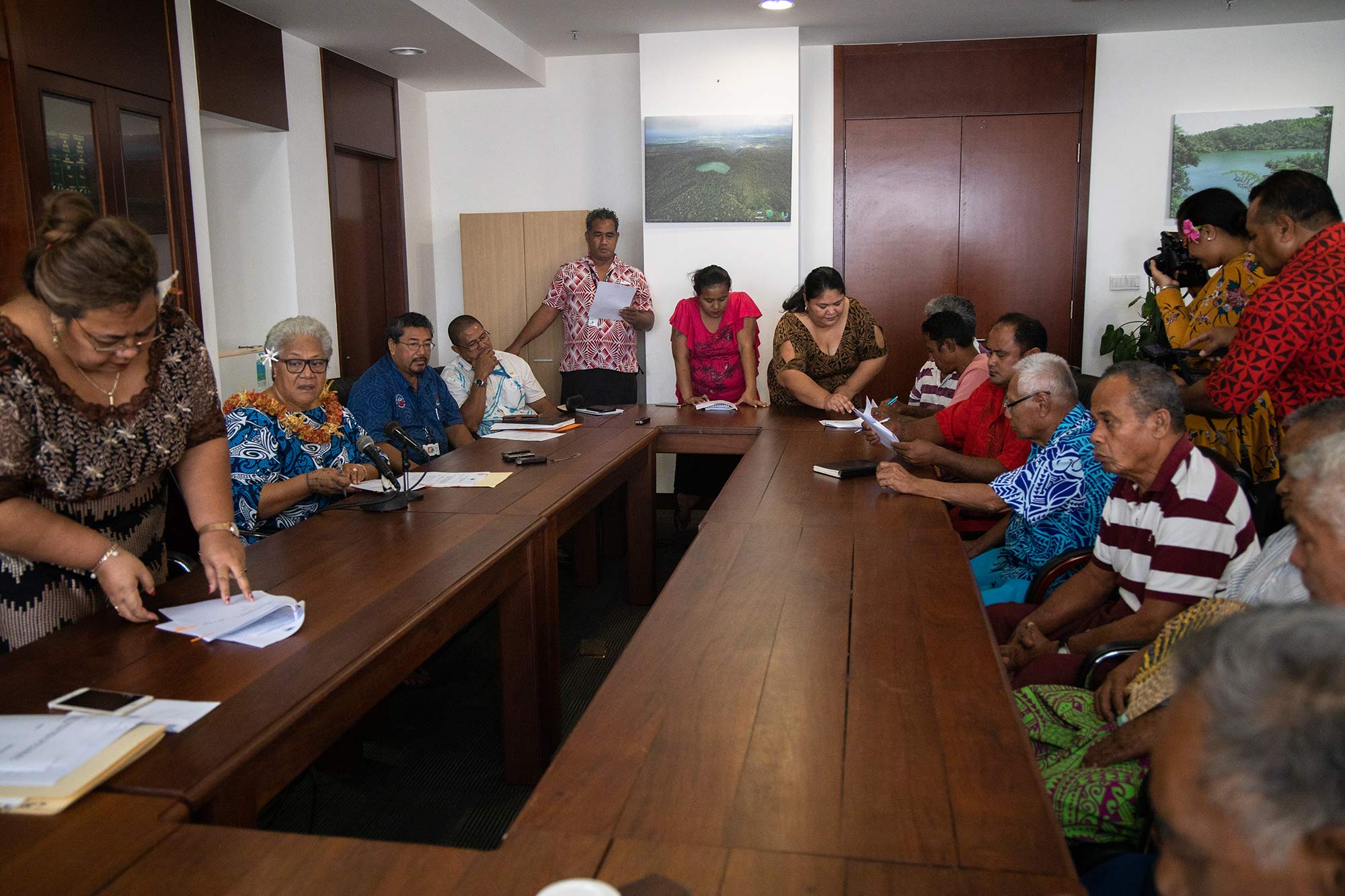 “Other families are in the process of finalizing this completion of which compensation would then be paid out.

“The village is represented by the Paramount Chief title Tuiavili and the Village Mayor or Government representative plus other selected chiefs of the village committee.

Their contribution support and presence as keepers/guardians of the Airport for their “pule fa’amalumalu” is fully acknowledged and recognized,” stated the press statement.

The Samoa Airport Authority (S.A.A.) is overseeing the project. 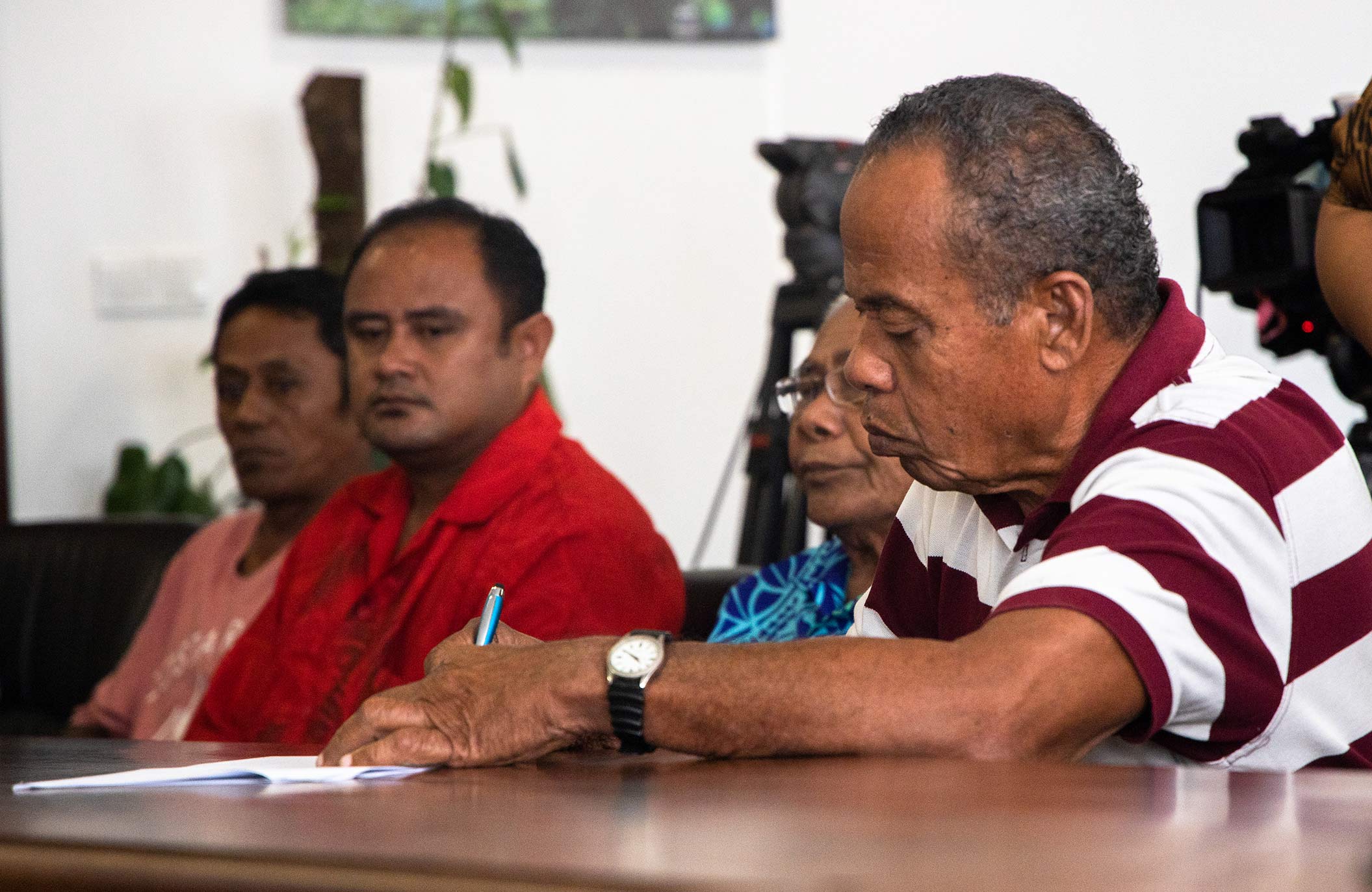 “The families and the Village Council will get their funds transferred into their accounts. For them (Village Council) it’s a quarter million ($250,000). The actual village compensation is $520,000 and they have been given half now which is $250,000.

“The Village Council’s compensation is for their assistance in seeing the project through. They look after the property in question and there is no need for the police to be involved, hence their compensation,” explained Tagaloasa.