Female students from colleges across Samoa were the main focus of a celebration marking International Day for Girls in Information, Communication and Technology on Thursday.

Held at the TATTE conference room in Apia, over 30 female students engaged in discussions about the benefits and risks of information technology, participated in various activities where prizes were and were privy to inspirational remarks from guest speakers.

Guest speaker, Justice Tafaoimalo Leilani Tuala-Warren, spoke of her experiences in the courtroom with crimes related to social media platforms such as Facebook and recommended awareness as key to tackling the dark side of the internet.

"One is the case of an uncle who had been watching sexual material on his phone, and ended up dragging and sexually assaulting his 11-year-old niece in the bushes beside her home on her way back from the shop.

"There is the case of a young 11-year-old boy, who late one night had been watching sexual material on his phone. His two younger sisters were sleeping in the same room. Because of what he had seen and the curiosity which a child naturally has, he decided to try what he had seen on his nine-year-old sister. This was a sad situation for the boy, the young sister, and his parents," she said.

She then advised and encouraged the girls on how to overcome problems that arise from cyber-bullying, cyber-stalking or anything that makes them feel uncomfortable, and reminding them that they should also take responsibility for their actions on the internet.

"It is very real, it is very disturbing and can lead some to depression. I ask that you never engage in that, if you want to say something to someone, have the courage to say it to them using your real name.

"Can I also remind you about something equally important. As much as we have regulation of the internet to make it a safer forum, you are also responsible for your online behavior.

"You must ensure that you are not the instigators of cyber bullying of others, circulation of photos which you have taken which you have not been given consent to take, and stalking or making someone else’s life miserable by what you do and say online," she added.

The Justice also reminded the girls that even though parents may not be technology-savvy, their protection is important.

Thirteen-year-old student Sialofi Papali'i from Aleipata College then spoke of a case where the boyfriend of a girl uploaded nude photos of his ex-girlfriend on social media and circulated them.

"Recently there was a case in my village, about a young woman who was asked by her boyfriend to send nudes which she did, so when they broke up, the ex-boyfriend uploaded the inappropriate photos of the poor girl on Facebook which went viral and she was so embarrassed by it.

"So I advise our young girls to stay aware of these risks, to use it properly. Talk to your family and friends about your problems, like what the keynote speaker Justice said about using the online platforms wisely," she said.

Fa'atuatua students, Francis Seuoti and Tupulua Pelenato commended the Office of the Regulator for organizing the program to celebrate the international day which focused on girls.

"We learnt that there are more crimes involving the internet and that more lives are being put to danger because of the internet and it’s very sad to see the youth being influenced by this. So thanks to OOTR we learnt to be more aware," said 17-year-old Francis.

"I want to learn how to protect myself because I’m an older sister and I want to learn as much as I can so that I can keep my little sisters safe and like Breeze said, technology careers are male dominated. I thought it was really informative and an awesome opportunity to learn more about the internet," added 16-year-old Tupulua, from Malua. 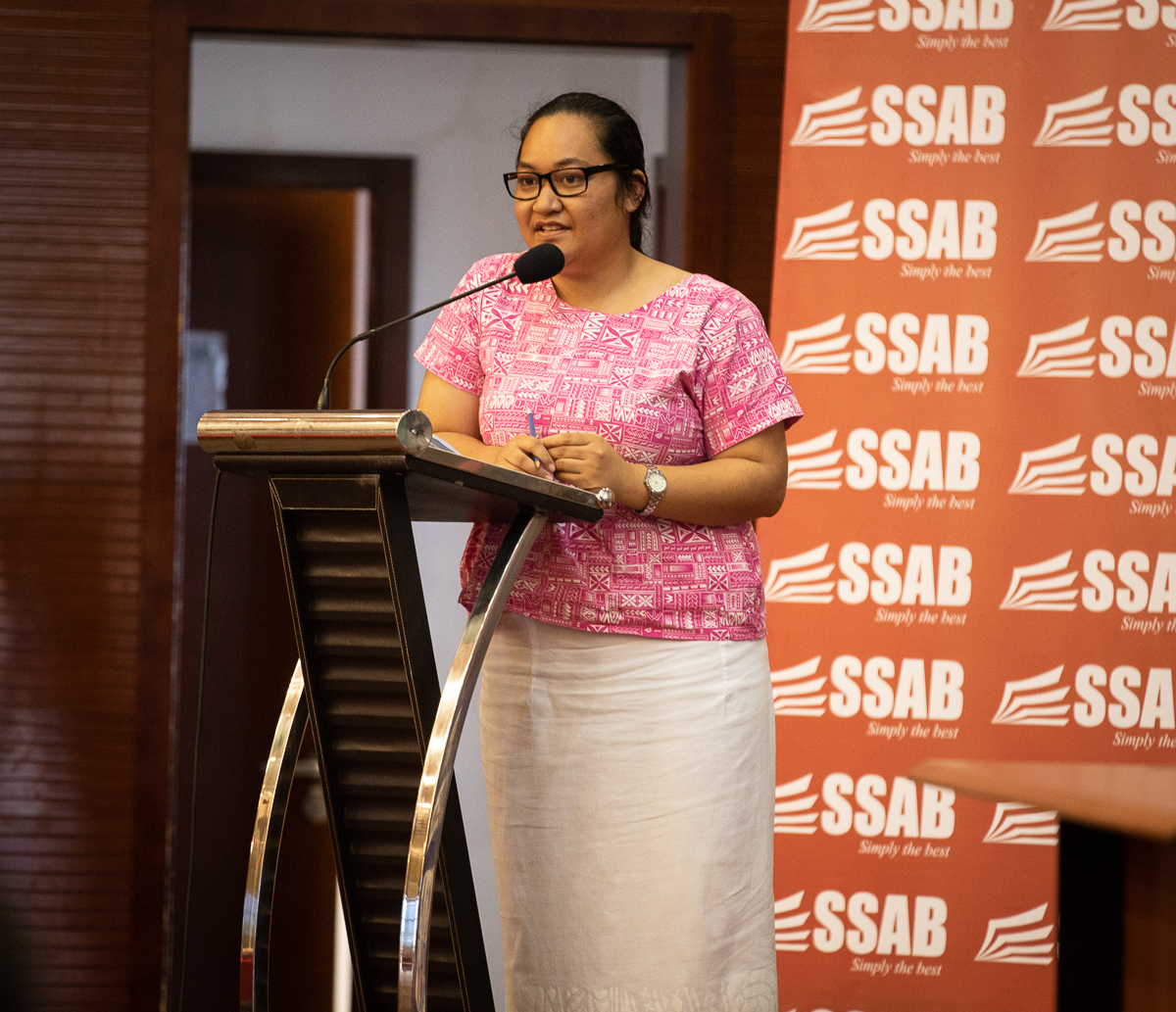