Samoa joined countries around the region today in paying tribute to Australian, New Zealand and Samoan soldiers who lost their lives over a hundred years ago at ANZAC Cove on the shores of Gallipoli in Turkey during World War I.

A solemn ceremony was held in front of the Clock Tower on Beach Road in Apia early Thursday morning to commemorate ANZAC Day and was attended by senior Government officials, the diplomatic corps representatives, and members of the public. 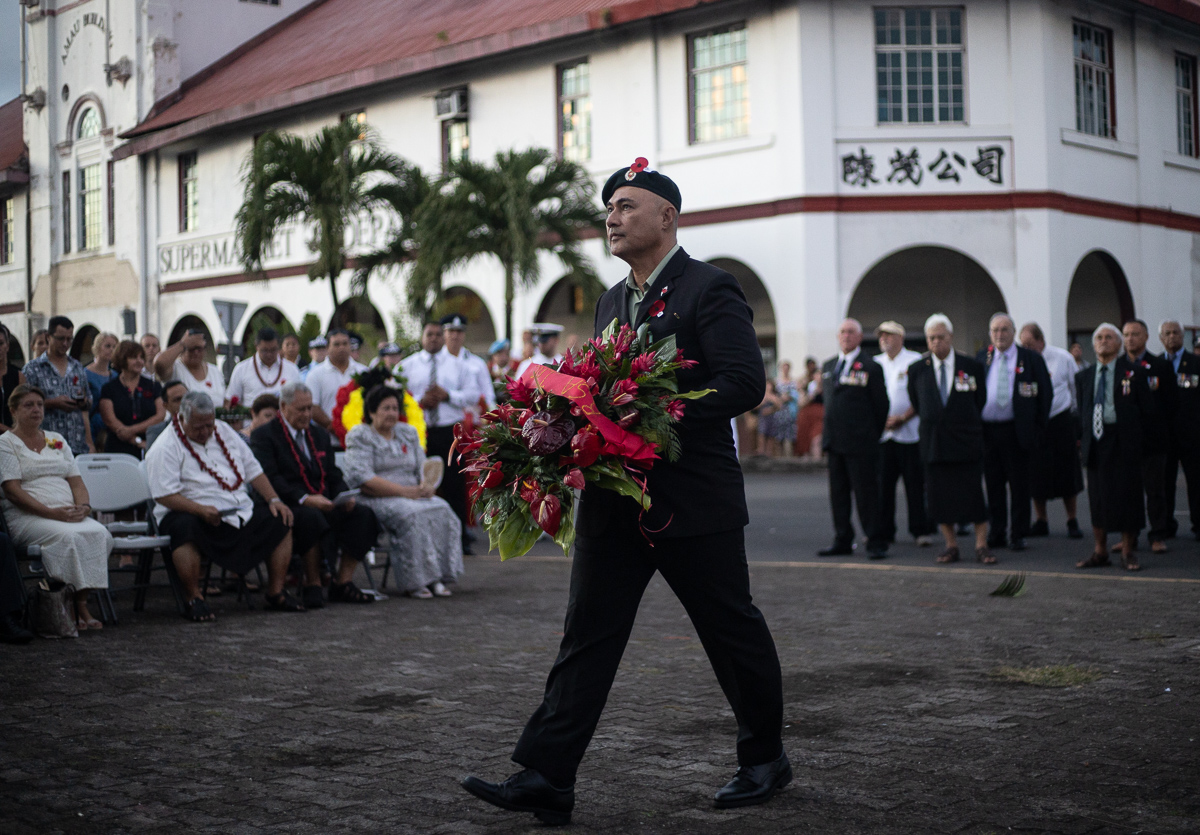 Speaking at the ceremony, Ms. Moriarty said among the Australian and New Zealand troops who were sent to Europe to fight were men from Samoa, Fiji, Tonga and the Cook Islands.

“The thousands of young men that went to shore met strong resistance and many lives were lost within the hours – after eight months forces were evacuated after the loss of more than 11,000 Australian and New Zealand lives. In total more than 100,000 men lost their lives,” she said. 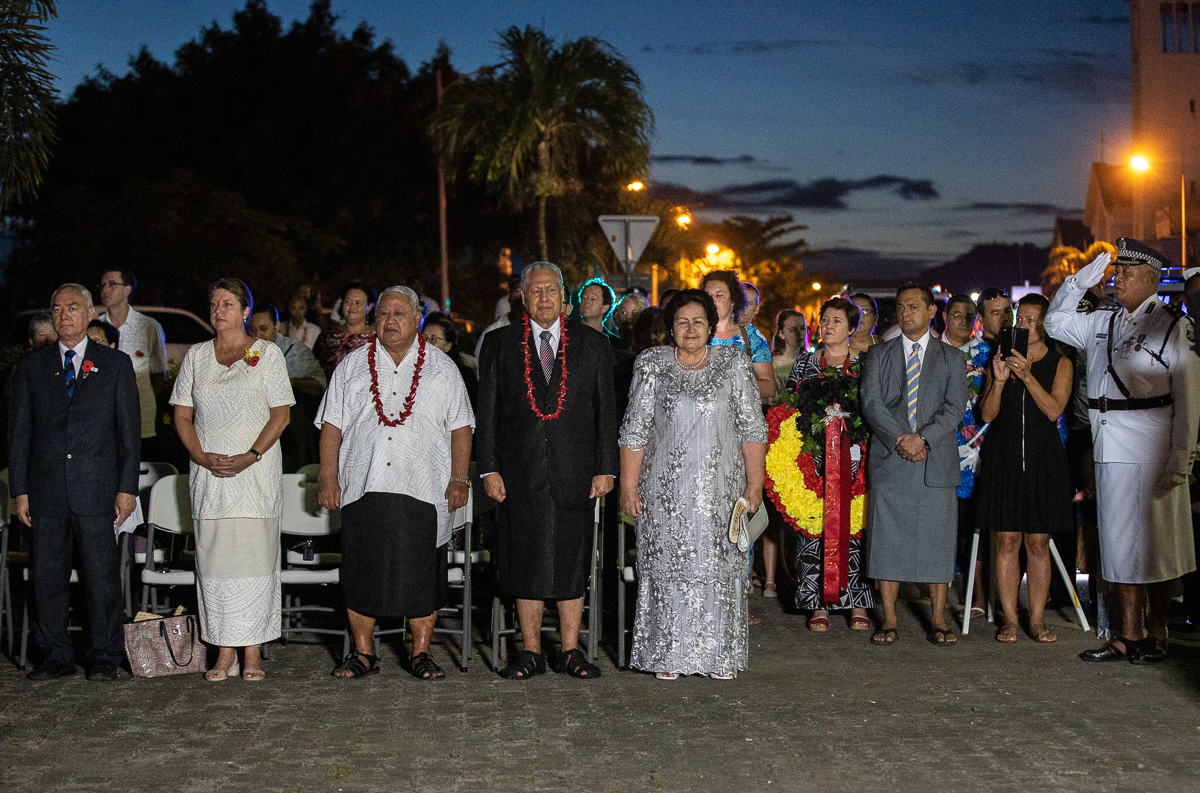 ANZAC Day has been marked for over a century, with the Australian diplomat saying the day is remembered and celebrated to honor not only those who served in Gallipoli, but also the ones who followed.

“We gather not to glorify war but remind ourselves that we value who we are and to express gratitude for the freedoms we possess, we remember those who paid the ultimate sacrifice so that we and the people of other nations can live in peace. 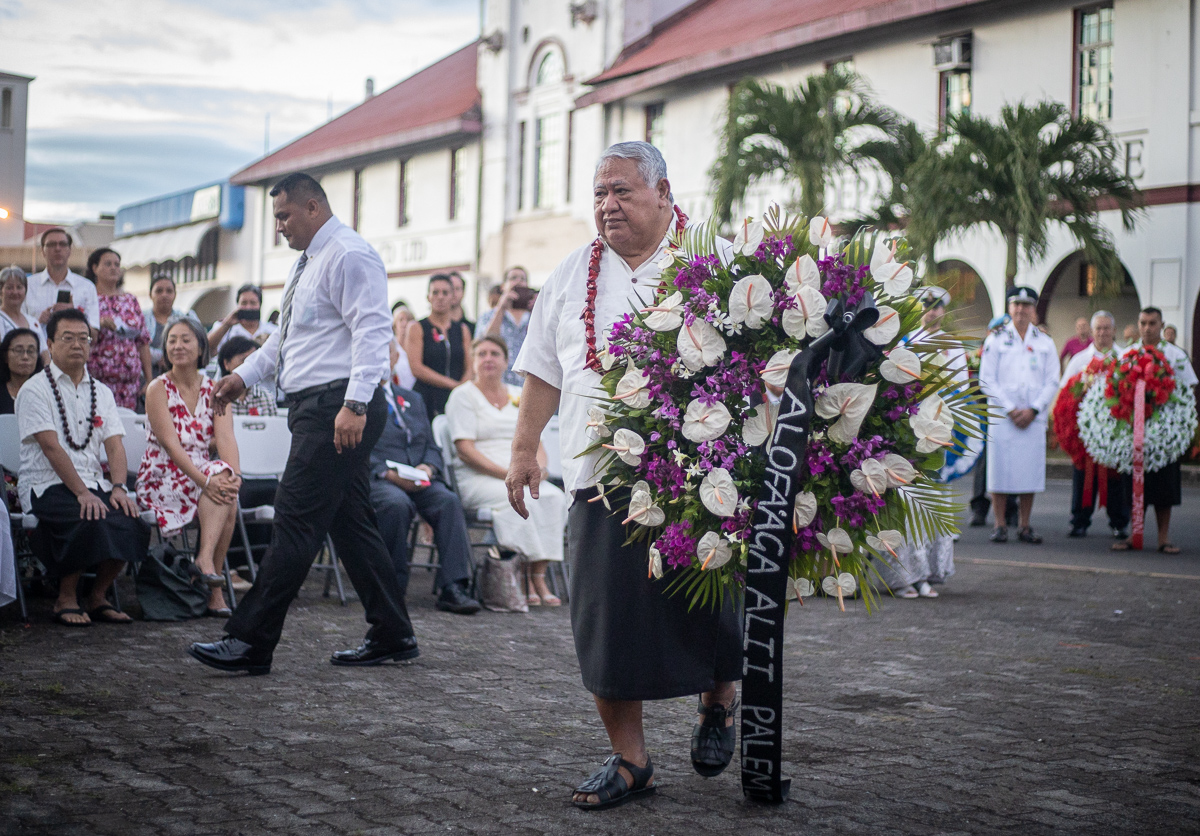 “We remember those who continue to suffer through their physical and mental scars including those next of kin whose grief and sense of loss can never be eased, those families that were torn apart by the tragedy of war," she added.

Ms. Moriarty said Australia, New Zealand and Samoa continue to be active citizens on the global stage and demonstrate a commitment to contributing to peace in other parts of the world, used last week's deployment of a batch of Samoan policemen to South Sudan as an example.

"Just last week Samoa’s latest deployment of peacekeepers left for South Sudan for a one year tour of duty, these brave Samoans will serve alongside Australian and New Zealand peacekeepers just like their forebears did in the first World War,” she said. 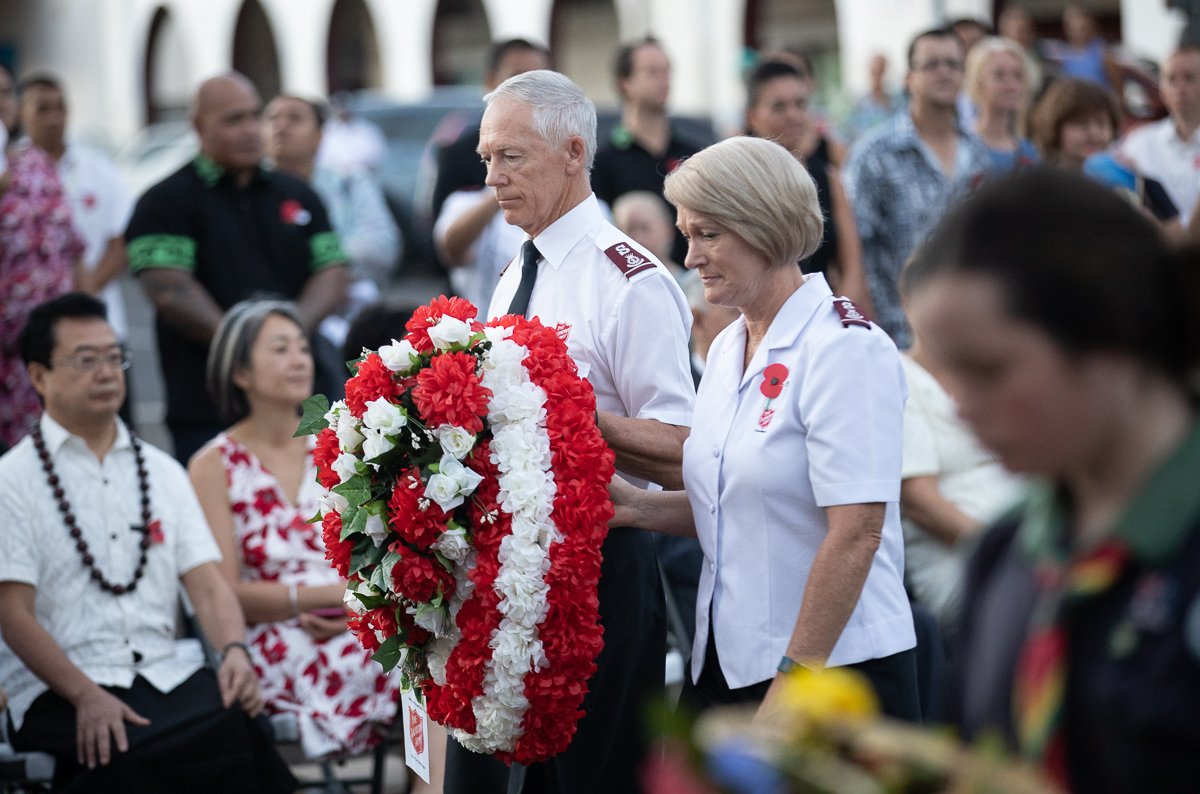 She said it was also time to acknowledge all current defense forces and the Samoa Police Service for their bravery in the frontlines.

“We stand together to remember and thank all of those who lost their lives or suffered injuries – as they fought courageously for their country and families back home – we remember their sacrifice and their bravery and we honor them with utmost respect. It's a time to reflect on past generations who in hardships displayed courage, discipline, self-reliance.

“Future generations need to be reminded that happiness has a price, for happiness is the product of freedom and freedom is the reward of courage. 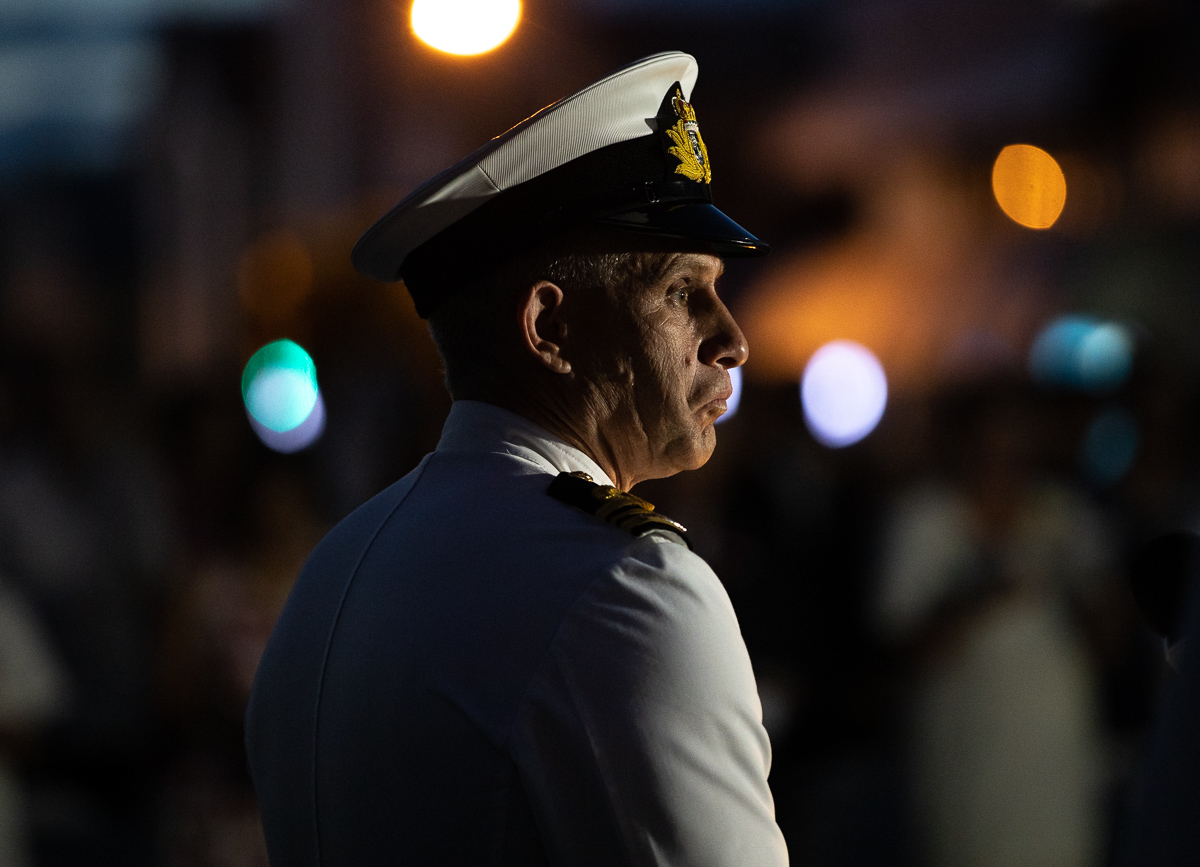 “In order to defend this belief we must never agree with the dangers of war, to do so we diminish the gift of these men and tarnish their memory. Instead we should feel gratitude and protect freedoms, in doing so we will keep granting the memories of those lives through this remembrance their memories will live on. Lest we forget,” she added. 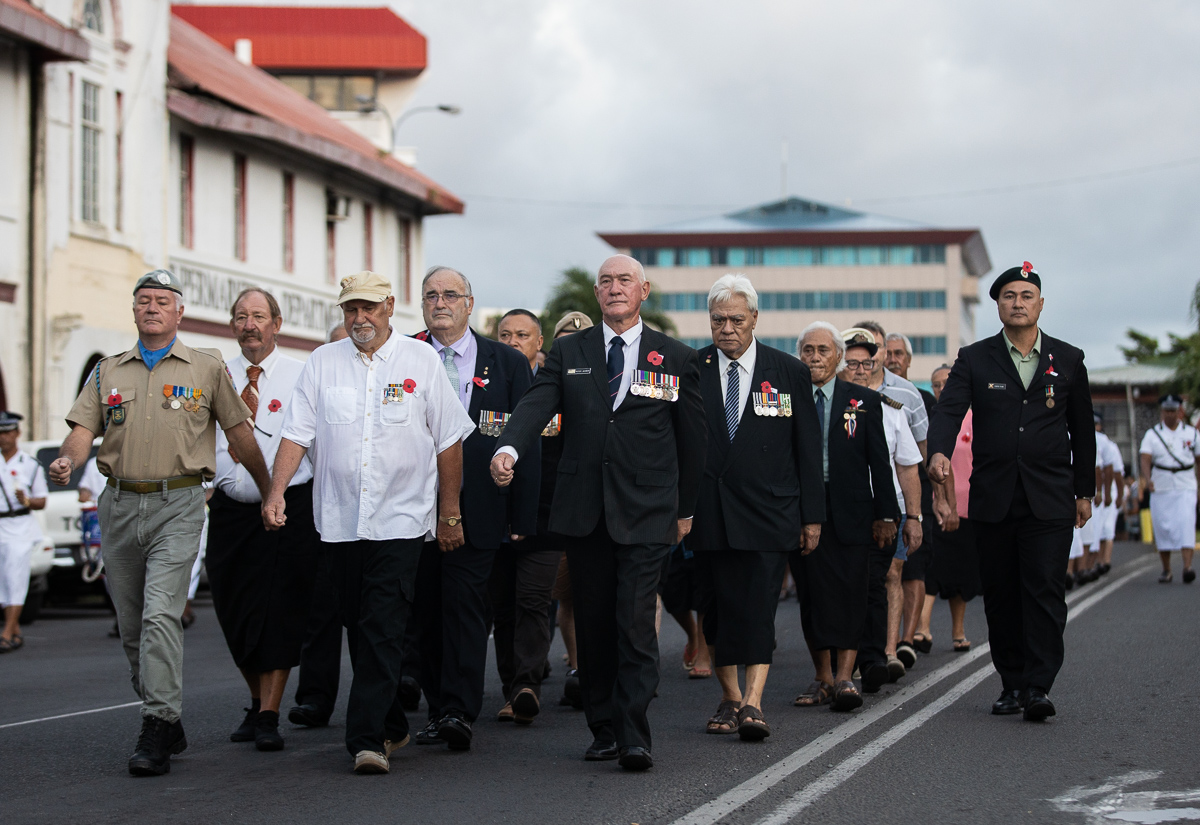 The RSA president, Tuala Iosefo Ponifasio, also paid tribute to those who lost their lives in the great war and said their sacrifice and courage will not be forgotten.

“When a life is lost in conflict thousands more are spared and peace is once again preferred over war.