Estonia's Ambassador-designate to Samoa, Andres Unga, has presented his credentials to the Head of State, His Highness Tuimaleali’ifano Vaaletoa Sualauvi II.

Tuimalealiifano accepted the diplomat's credentials at his home in Vailele yesterday, conveyed his best wishes to the President of Estonia Kersti Kaljulaid and talked about areas of common interest between the two nations.

Cooperation on digital technology was an area of mutual interest, according to the Estonian Ambassador.

“Despite the geographical distance between our two countries, we indeed share friendly exchanges since the establishment of diplomatic relations in January 2009.

“In particular, Samoa has recognized Estonia’s leadership in areas of digital development, e-governance and cyber security.

“We also acknowledge your contribution to the Pacific regional programme on digital development, given the importance of communication and information technology to our sustainable development. Samoa continues to participate actively in this regional programme," he said. 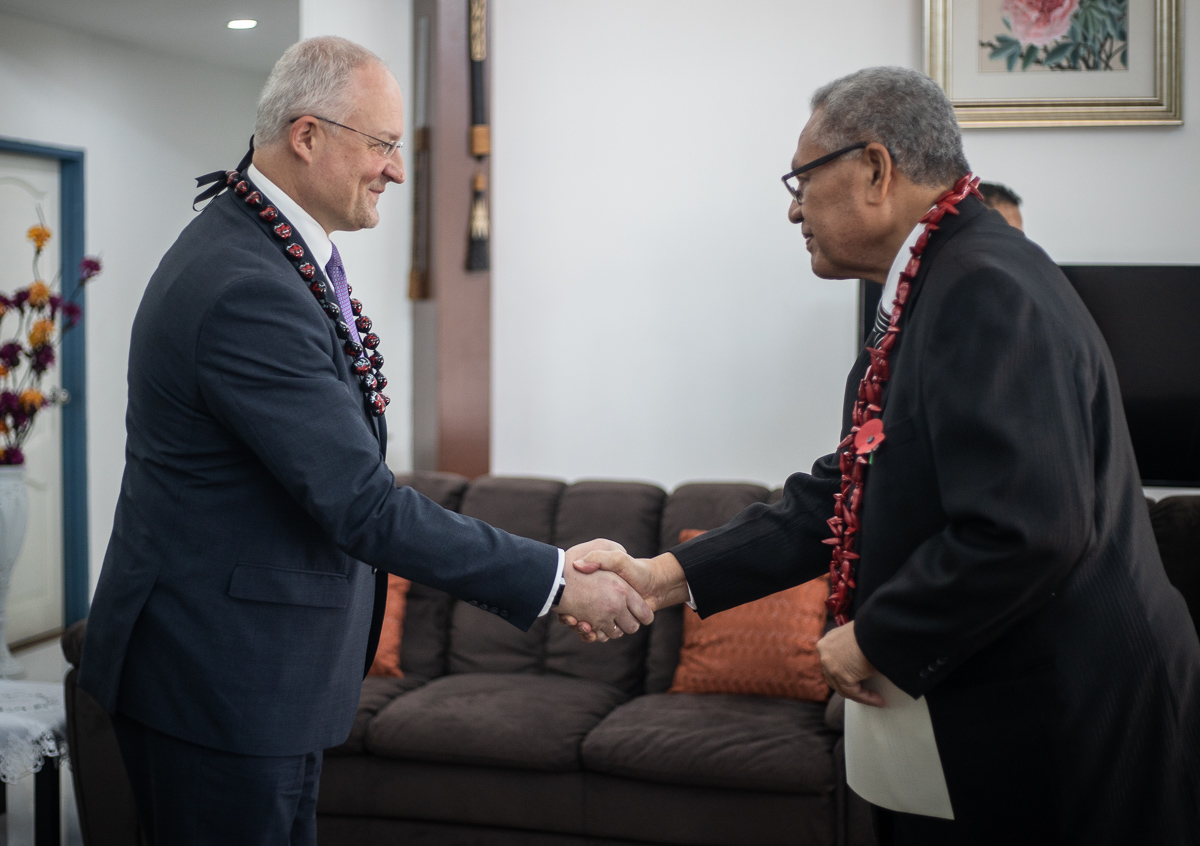 Tuimalealiifano said in June last year Estonia also shared its experience with the Pacific region during the "Together for a Digital Pacific" conference held in Samoa, which encouraged regional connectivity and collaboration in technologies, to capitalise on the infrastructure investments in moving towards a knowledge-based economy and achieving the country's Sustainable Development Goals (SDG).

“I am confident that during your tenure, your office will continue to push the warm relations that our two countries enjoy to new heights and in promoting areas for further cooperation between our Governments,” he added.

Mr. Unga, while conveying the cordial greetings of his President and extending his best wishes to the Government and people of Samoa, saying friendly exchanges between the two countries went back many decades.

“This year marks the 10th anniversary of the establishment of diplomatic relations between Estonia and Samoa - in recent years our two countries have opened very active discussions – on issues like digital development, e-governance and cyber-security.

“Estonia has initiated – in cooperation with the Government of Australia – Pacific regional programme for digital development where Samoa has been an active participant.

"I am convinced that this will contribute greatly to our mutual understanding and is a clear demonstration of the importance Estonia attaches to our already existing cooperation,” he added.

Mr. Unga said Estonia aims to take the issue of digital development and e-governance further to the highest international level at the United Nations.

“Estonia is a candidate for the UN Security Council seat for 2020-2021. It is our very strong belief that small countries can make a global difference and our voice matters.

“Estonia values very highly the support we have already received from the Government of Samoa but even more important is a friendly communication between our two peoples.

“It is a great privilege for me to have the opportunity to work closely with your Government and I look forward to a very cordial and fruitful dialogue and friendly cooperation, in order to bring Estonia-Samoa relations forward.”