A mother from Siumu on the south coast of Upolu has blamed the lack of doctors in a district hospital for her baby's misdiagnosis.

Fuatai Vaea Tupuola said she took her two-week-old baby to the Poutasi District Hospital on Saturday, April 13 to find that there were no doctors on duty.

She said her baby had a severe chest infection and came close to choking and experienced breathing difficulties due to persistent coughing. But they were advised by hospital staff that doctors only worked on Fridays and nurses attend to the sick for the remaining days.

“We took my baby to Poutasi District Hospital on Saturday, 13th of April and was directed by the nurse for my baby to be given medicine.

"There were no doctors because at that hospital, you will only see doctors on Fridays but the rest of the week people are looked after by nurses.

“There were no changes so we went again on Sunday but was still advised to take the medicine it was then we decided to come to the main hospital in town,” she said, in an interview with the Samoa Observer.

Consequently, she decided to travel to Apia on Monday to seek medical treatment for her daughter at the Tupua Tamasese National Hospital, despite not having any bus fares.

“We had to wake up early to catch the bus to town but mind you we did not have any money but thankfully the bus driver took pity on us.

“The doctor, who we saw, immediately admitted my daughter to the hospital and directed for her to undergo tests and x-ray screening.

“According to the doctor, my daughter should not have taken any medicine instead should have been admitted to the hospital even though the medicine is useful but she is only a few weeks old and the medicine cannot treat her current condition,” she said. 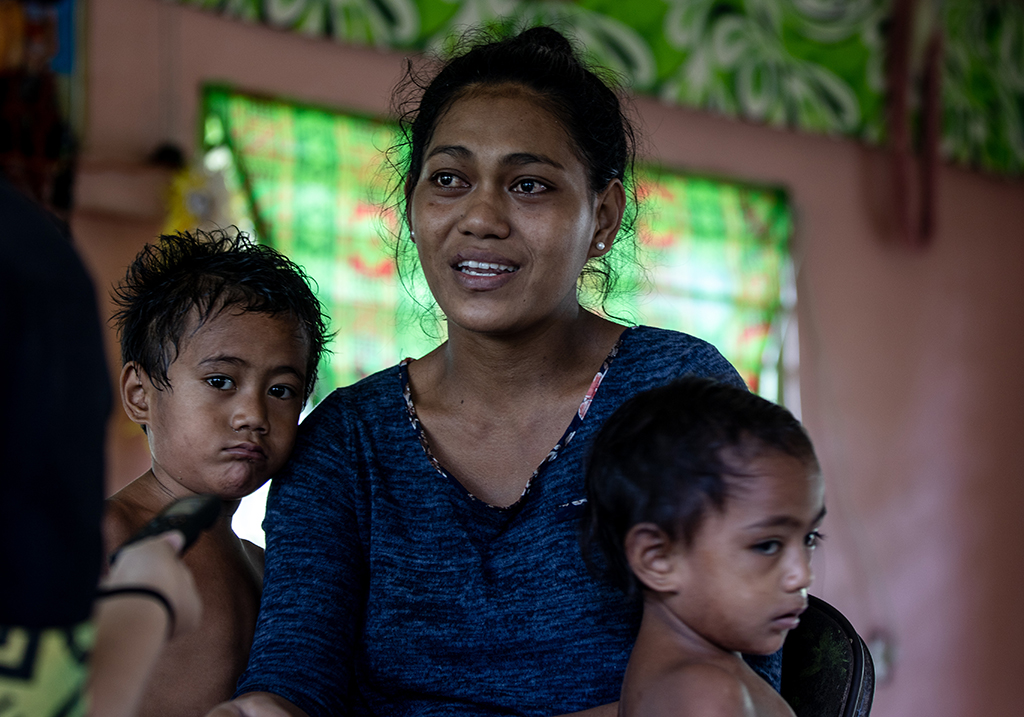 The 26-year-old mother said they were admitted for seven days and discharged on Monday April 22.

“My baby was cleared of illnesses and we were discharged from the hospital and I thank all the nurses and doctors at the hospital for their service.

“But I must stand firm that we need doctors every day for our district hospital – because for some of us who cannot afford to travel to town and back it is a great hassle – what is the use of having a hospital without any doctors.

“My elderly mother is also very sick and so many times we want to take her to the hospital. But we have to wait until Friday and when we do get to see the doctor, it takes a long queue that even if we come home at night,” she added.

“The hospital at Poutasi should have doctors from Monday to the weekend because of unforeseen emergencies.

“We are not discrediting the work by doctors or nurses, but we request their services as well not only the hospital in town but closer to home.

“What if we call the ambulances but patients die along the way – and if we wait until Friday who will be blamed for any tragedies that may befall people who are sick while waiting for a doctor that comes once a week.”

Ministry of Health CEO, Leausa Dr. Take Naseri, did not respond to questions in relation to this matter that were sent to him through email on Tuesday. When this newspaper called his office on Tuesday and Wednesday seeking his comment, his secretary said the CEO was not available this week to comment.