The Confucius Institute at the National University of Samoa (NUS) celebrated the United Nations Chinese Language Day Saturday with open day activities for students, staff, parents and delegates from the Chinese Embassy.

Chinese Director of Confucius Institute, Dr Guojie Tony Liang, said he is proud of the progress of the institute since its establishment last year with more than 500 students passing through its doors to learn Chinese.

"I’m very glad that Samoan people welcome Chinese language and Chinese culture and we also offer a lot of opportunities for Samoan students to study in China and that is a reflection of the friendship between China and Samoa. 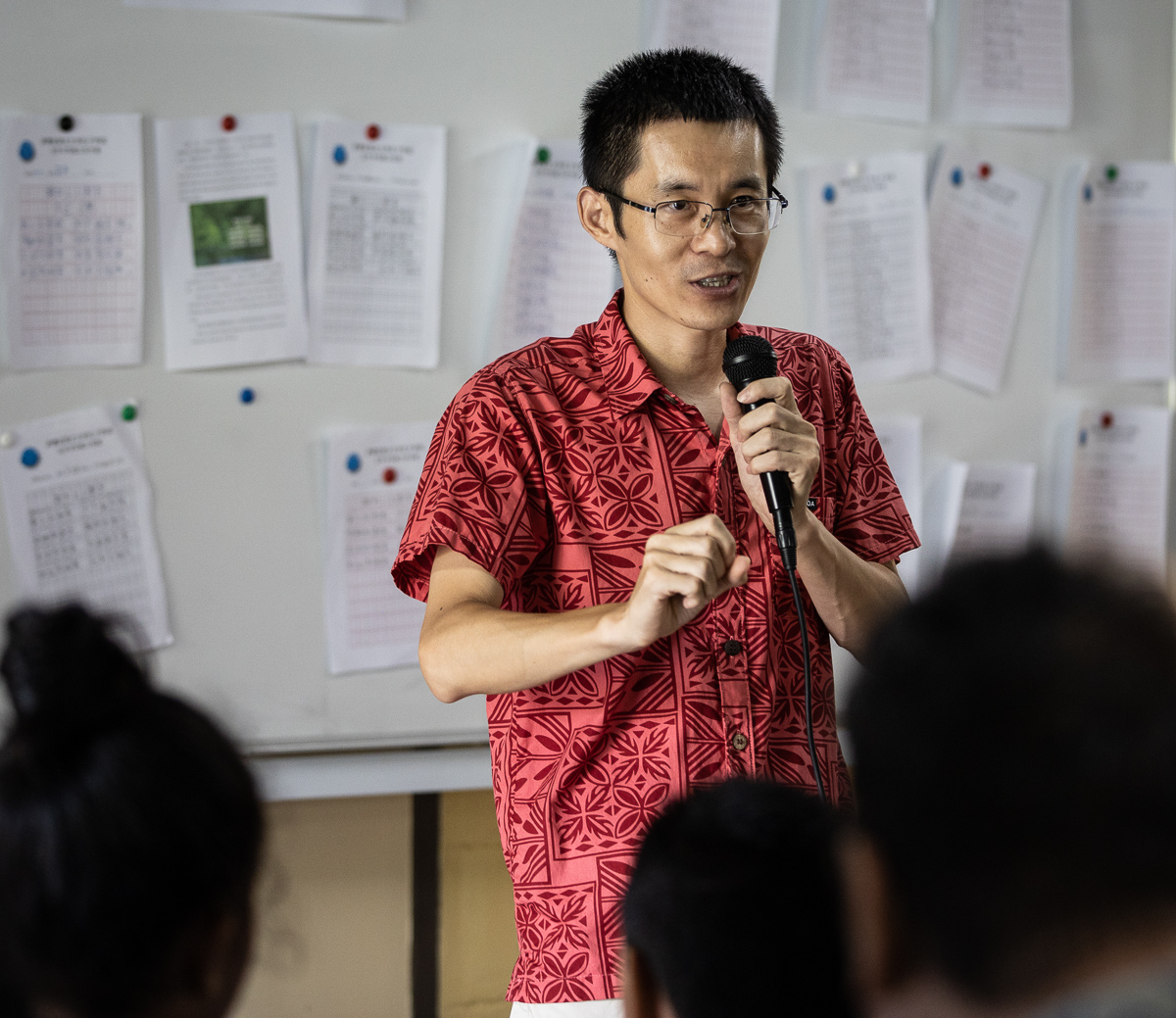 Students from the primary schools and communities as well as N.U.S. students were given the chance to perform poems and songs in Chinese in front of their parents and guests. The performance was followed by refreshments.

Dr. Liang said two teachers are running the Chinese language classes at the N.U.S. with another two at the St. Anglican and Vaitele-Uta Primary Schools. Each school has 130 and 270 Chinese language students respectively.

Since the establishment of the center, he has noticed what he describes as two major difficulties that students face when learning Chinese. 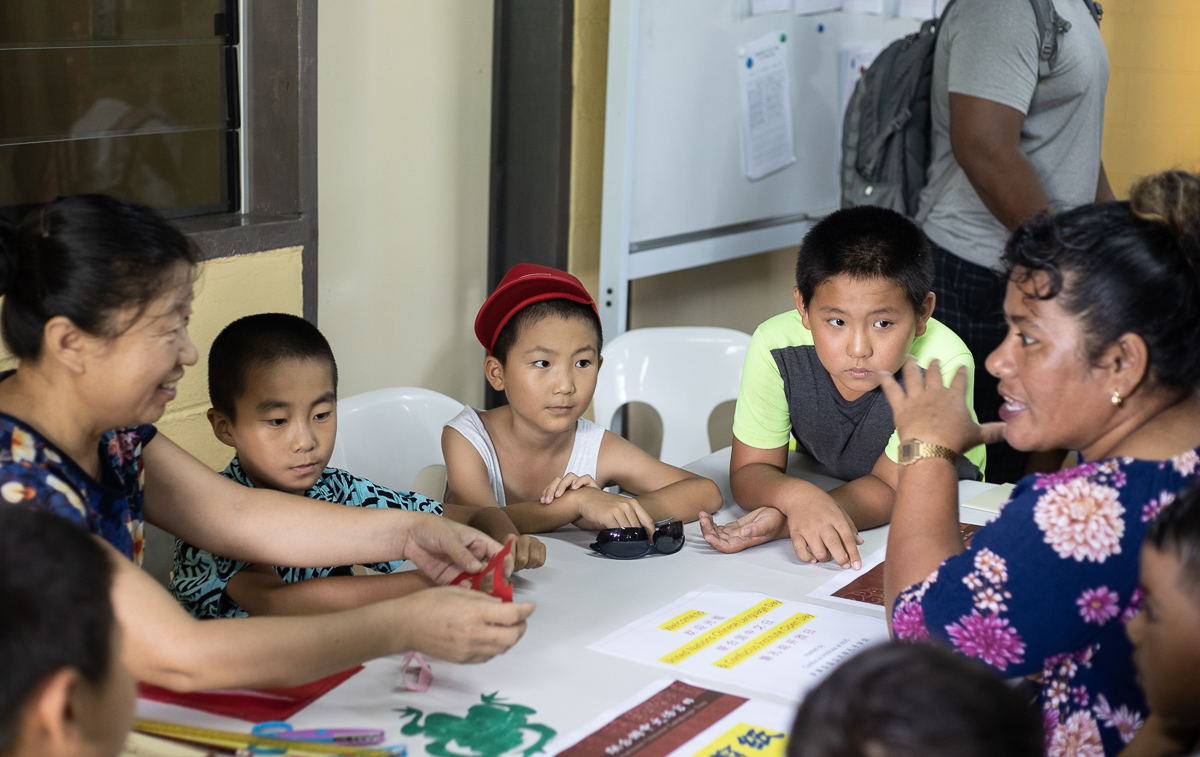 Nevertheless, Dr Liang is confident of the ability of the center's teaching staff to get their students to overcome the hurdle, if the reaction from the nearby primary school students is any indication.

"Our teachers have a lot of skills to make students interested in learning Chinese language, which makes them learn faster, and many students like our Chinese culture very much and they have become very good friends with our teachers and also me.

"Every time I open the gate, our students from Magiagi Primary School would say hello to me, greeting in Chinese, 'Ni hao Tony', and when I close the door in the afternoon they said 'Zaijian Tony', also in Chinese and I’m very proud we have such good Samoan students and I’m very happy and proud," he added.

Dr Liang said he is happy that the Institute has become a platform of communication and cooperation between Samoa and China and he hopes for a future, where they will be able to offer more opportunities for local students to study, and experience Chinese culture while studying in China. 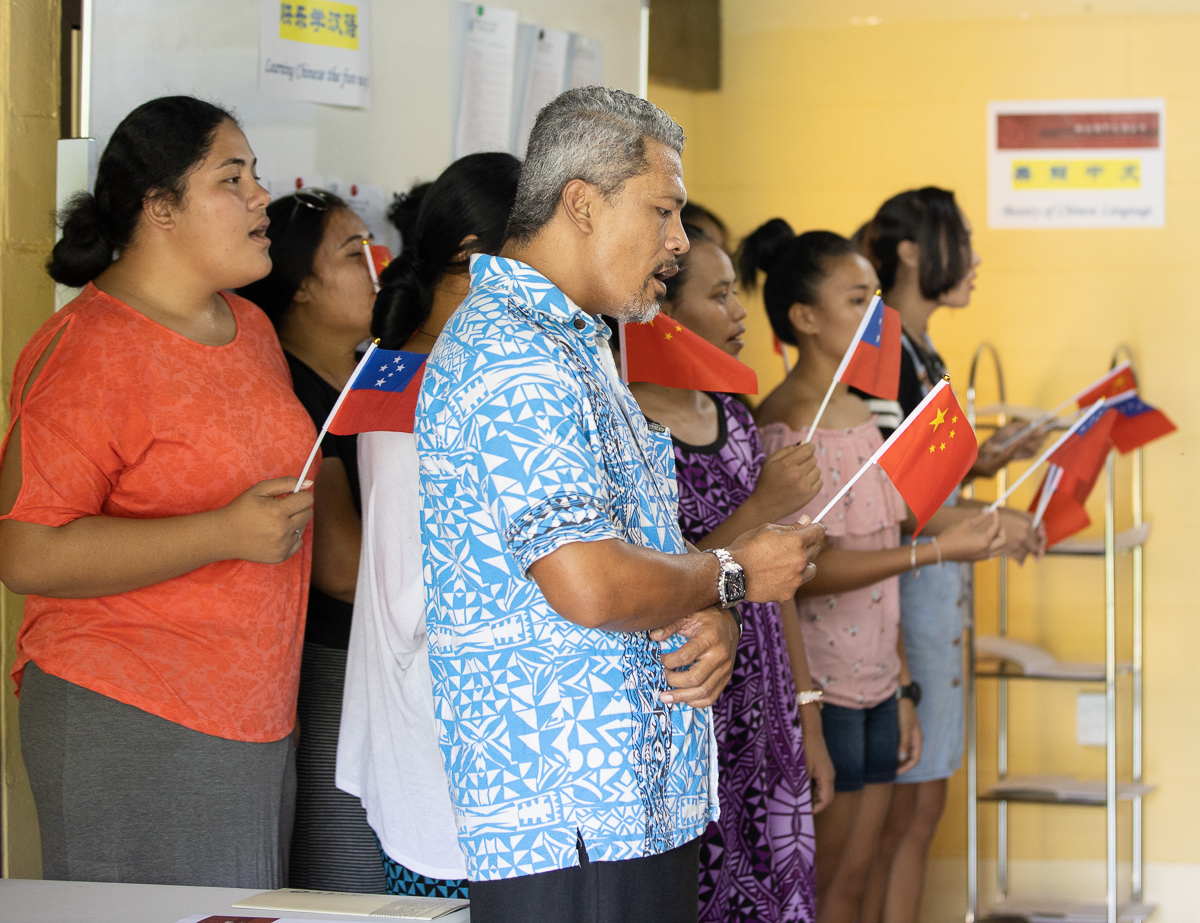 Lenora, 18, said taking the language course will help as she intends to apply for studies in China.

"It's been so good learning from the Chinese language for one and a half years now, and slowly improving my Chinese language skills and hopefully this helps with my application for China," she said.

While Resa says she has now developed a deeper understanding of the language and made new friends.

"It's interesting and I've also developed a deep understanding about Chinese and made new friends. I also like that the Chinese teachers are very friendly and always concerned, always making sure that everyone in the class are participating."