Good Friday and Easter is about sacrifice and love, Archbishop Mataeliga reminds nation

The Easter Weekend is a time of reflection. It is a time to remember the sacrifice God made through his son, Jesus Christ, to redeem the world.

That’s the opinion of the Archbishop of the Catholic Church in Samoa, Alapati Lui Mataeliga, during an interview with the Samoa Observer.

On Friday, Samoa, a Christian state, paused to commemorate Good Friday. The day is a Christian holiday commemorating the crucifixion of Jesus Christ and his death at Calvary, preceding Easter Sunday.

Thousands of Samoans started the day with church services across the country. This is followed by churches, families and village gatherings. 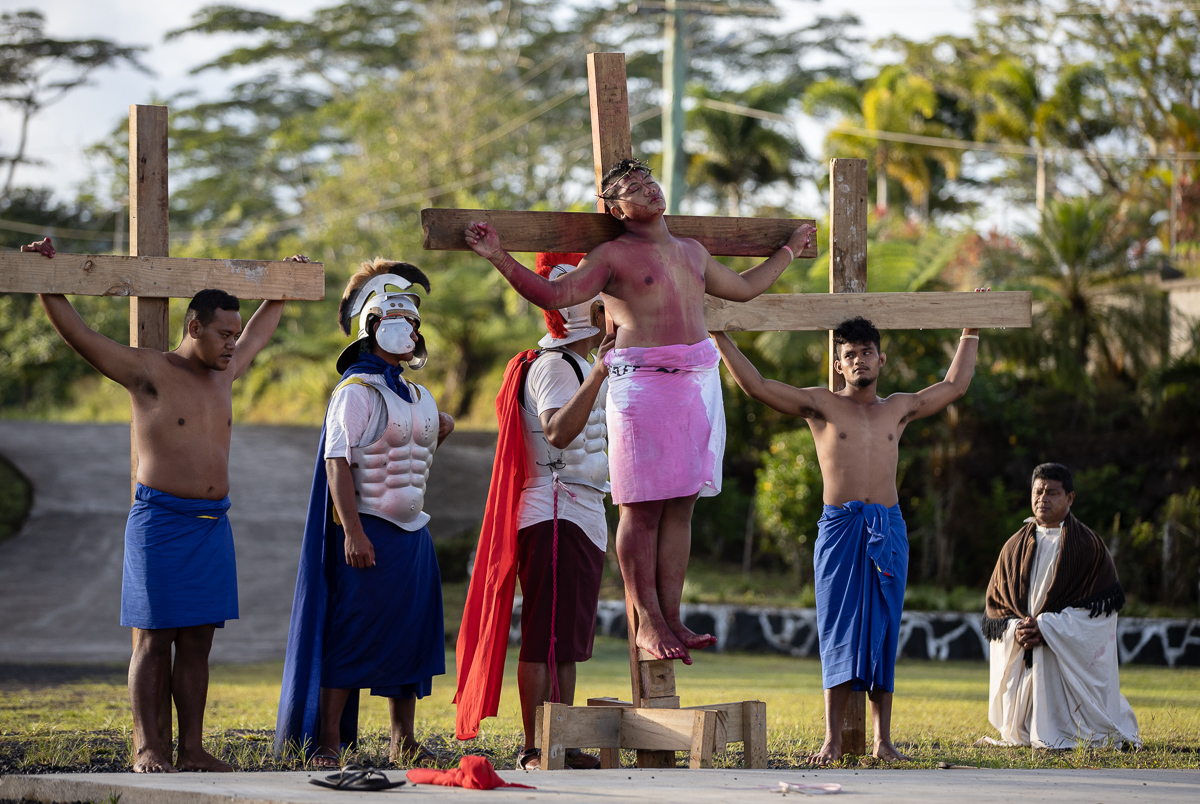 “Samoa commemorating Easter within the Holy Week is very important because it is a time to remember the sacrifice that Jesus made for us sinners,” said Archbishop Mataeliga.

“I pray that today is a gentle reminder to our people that we love the Lord and not forgetting that Samoa is founded on God. We should be renewed in our faith in the Lord and remember the commandment of the Lord to love one another as he has loved us.

“And with that being said, we must make sacrifices for one another which is perhaps the most beautiful expression of love - we pray for our country, we thank the Lord for so many blessings we have received and we continue to proclaim that he is our God.”

The Archbishop said Easter and the Holy Week is for everyone.

“Holy week is not just for Catholics, it’s for all Christians because other denominations are also celebrating in their own way which is beautiful and most important,” he added. 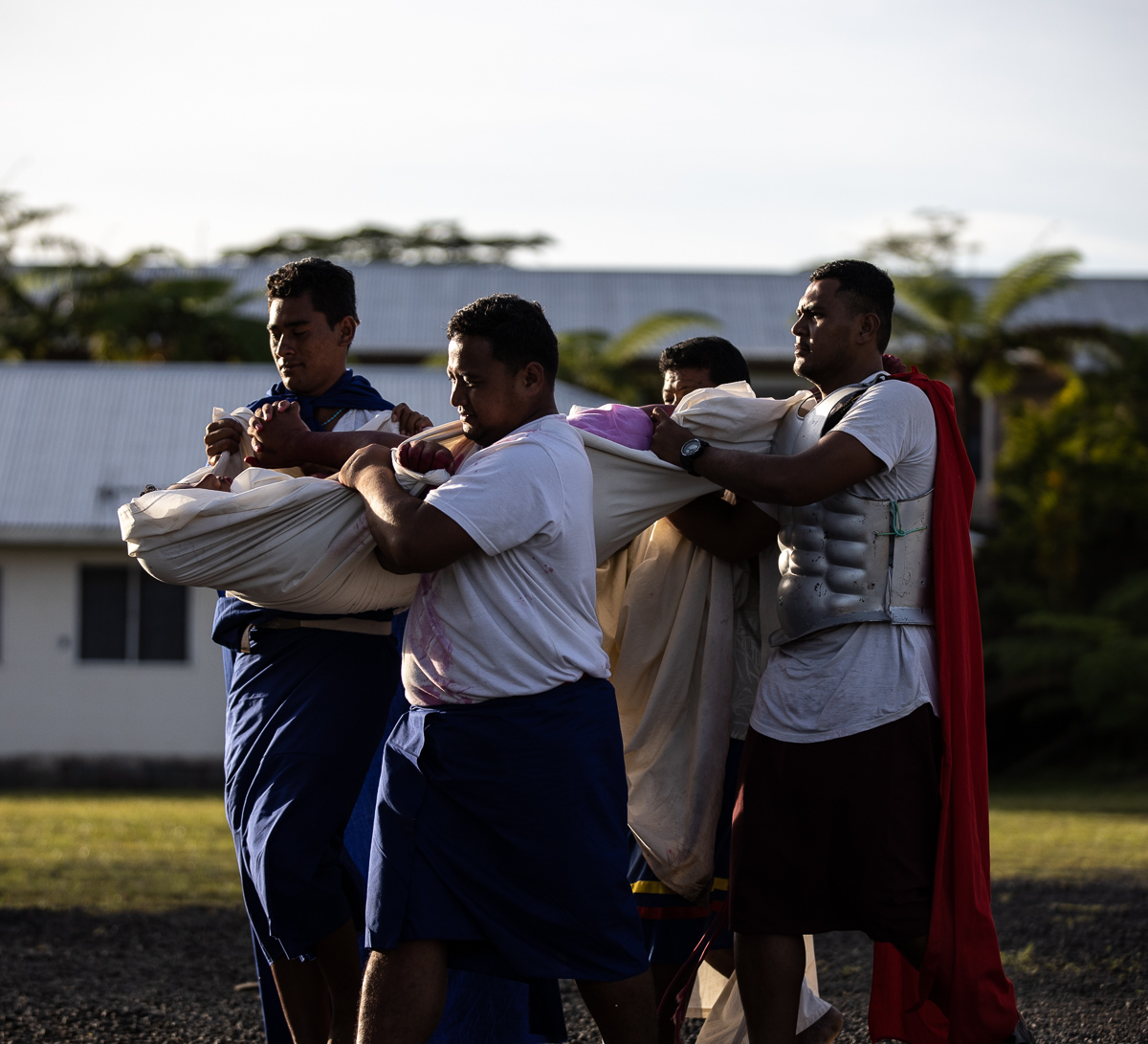 The 66-year-old added he believes the Holy week is a week of healing because the Lord in his own way is healing people physically, spiritually and mentally.

“I invite those who are sick in the hospitals or bedridden at home even our brothers and sisters in rehabilitation centers, let us open our hearts to the Lord, he is with us always.

“Jesus brings great healing both physically and spiritually and we encourage all who are suffering not to be downhearted because the Lord has risen already, He is alive, well and with us,” said the Catholic Archbishop.

He also spoke about the journey of the Holy Week starting from Palm Sunday.

“It is called Holy week because it is a time we celebrate and commemorate what the scriptures call the hour of Jesus which is his suffering, his death and resurrection from the dead.

“But Jesus’s journey begins on Palm Sunday and we remember the time he entered Jerusalem the holy city, and people sang and cried out Hosanna to the Son of David because He was entering as the Messiah of Israel. 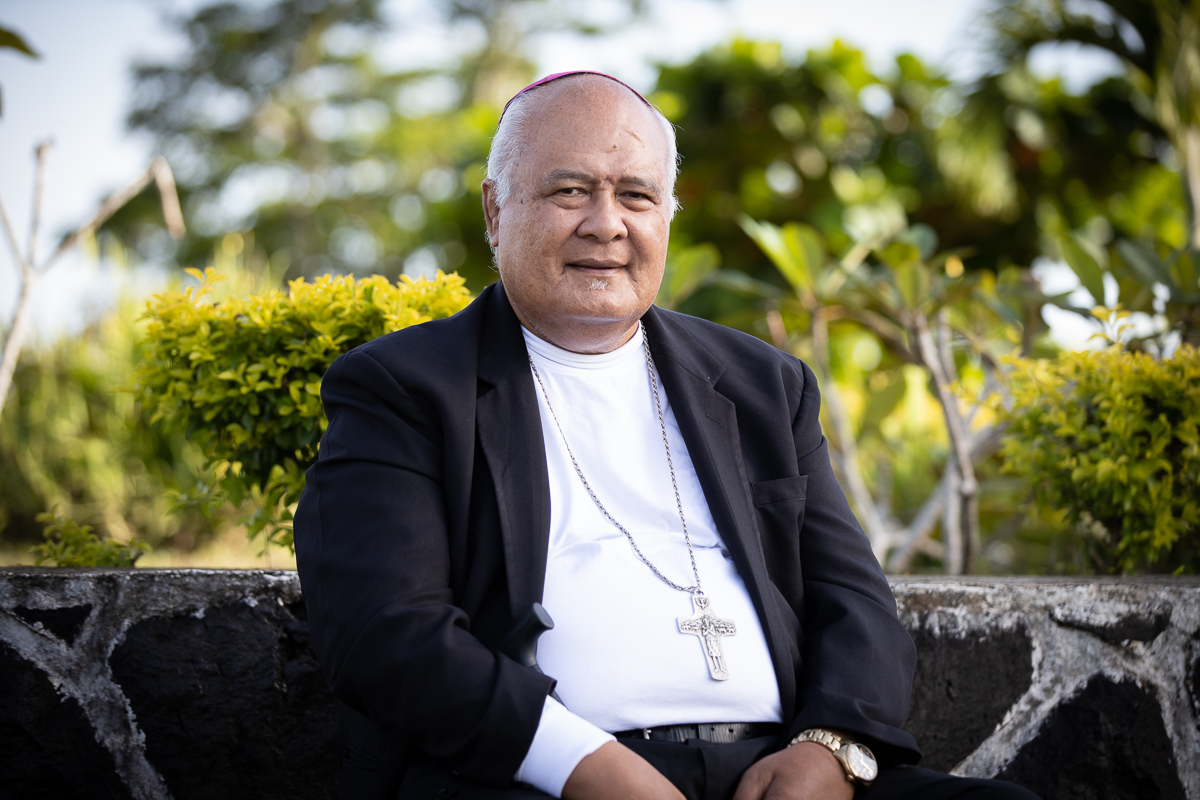 “And then on Holy Thursday, Jesus instituted the last supper which is the institution of the sacrament of his love called the Eucharist, that is his body and blood given for the world,” he told the Samoa Observer.

The Catholic Church Archbishop said that the new commandment to love one another as Jesus loved us makes Jesus when he washed the feet of his disciples.

“As you know washing the feet is the work of the slaves but Jesus Himself, the master and teacher did that for our sake, inviting us all to wash each other’s feet. 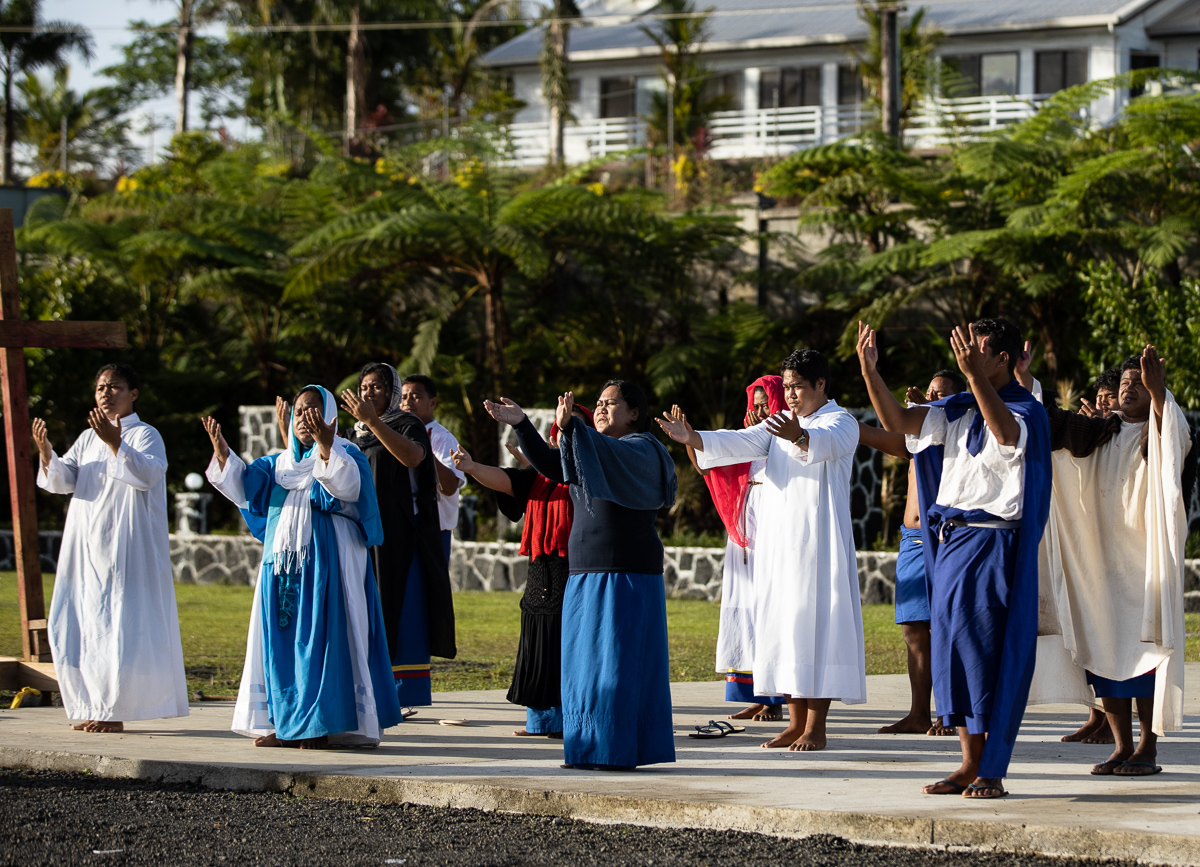 “It is the reason why we also have to serve one another in our needs, so many people in the world do not have even basic needs and that is a result of selfishness from others and so the riches of the earth and the creation are not shared equally which is why so many of our people suffer especially overseas.

“We rejoice on Easter Sunday because it is a reminder that our Lord did rise from the dead which is why we say Alleluia, praise the Lord - Jesus has won for us, I wish everyone a happy Easter.”