A 11-year-old boy has won a return trip to Auckland, New Zealand and $1,000 spending money, thanks to Farmer Joe's "Shop and Fly" promotion.

Keti Junior Toleafoa of Apolima Uta, who attends Afega Primary School, told the Samoa Observer that he was surprised when his mother called him to advise that he had a prize to claim.

Keti is the grand-prize winner of Aita Farmer Joe's "Shop and Fly" promotion, which was presented last night at the Saleimoa store.

"I was shocked when my mother called to get ready, she said I had to claim a prize.

"So now I'm going to be visiting all my aunties and uncles in New Zealand as I will be going for three months," he said.

Keti's mother, Lesu'ea Toleafoa, said she was shocked when Farmer Joe's called to advise that her son was the winner for the Shop and Fly promotion.

"I'm actually surprised by all this because I only entered once and it wasn't that I wasn't hoping for it but I was literally just trying to get some quick shopping done when the cashier told me I could enter the draw.

"So I quickly wrote my second eldest's name and submitted it, and here we are," she said in an interview.

When asked who will be accompanying Keti on the trip she said, "surely, he's going to go alone as me and my husband both work".

The mother and son expressed their appreciation to Farmer Joe, Samoa Airways and Ah Liki Wholesale for the partnership which led to Keti winning the major prize. 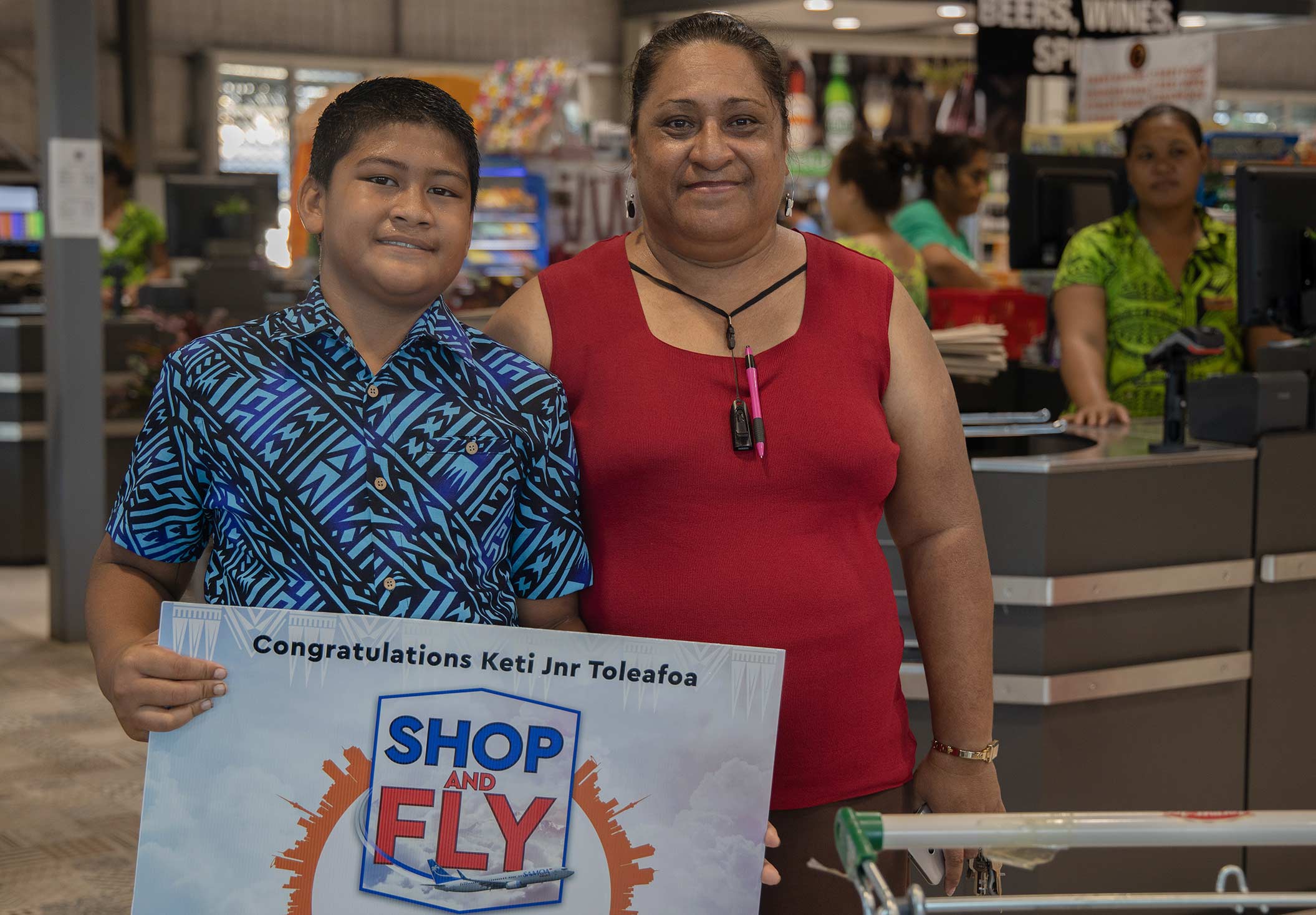 Farmer Joe store manager, AJ Cowley, said the promotion and draw is part of an ongoing celebration of the reopening of the new Aita Farmer Joe.

"This is all part of the celebration for the reopening of the Saleimoa new Aita Farmer Joe and we also wanted to have a partnership with another local company and Samoa Airways, we thought was a great partnership.

"And this was a specific promotion for this store and we feel it’s worked out fantastic for us and Samoa airways and it’s something we feel we’ll roll out more with more stores in the future," he said.

Mr. Cowley said the promotion worked out great for the shop as in the four-week duration of the promotion, they received entries that would normally take them three months to collect in a normal promotion.