At the scene of the crash. (Photo: Misiona Simo)

A man in his 50's was taken to the Lalomanu hospital Saturday afternoon after a pick-up truck he was in flipped after it collided with another vehicle at Le Mafa pass.

The Samoa Observer arrived minutes after the crash. The white pick-up Nissan truck collided with a van heading the opposite direction.

According to the driver of the truck who identified himself as “Pasa”, the collision happened at a curve.

“The van was on the line which I am driving on, but I did not see it because of the curve. 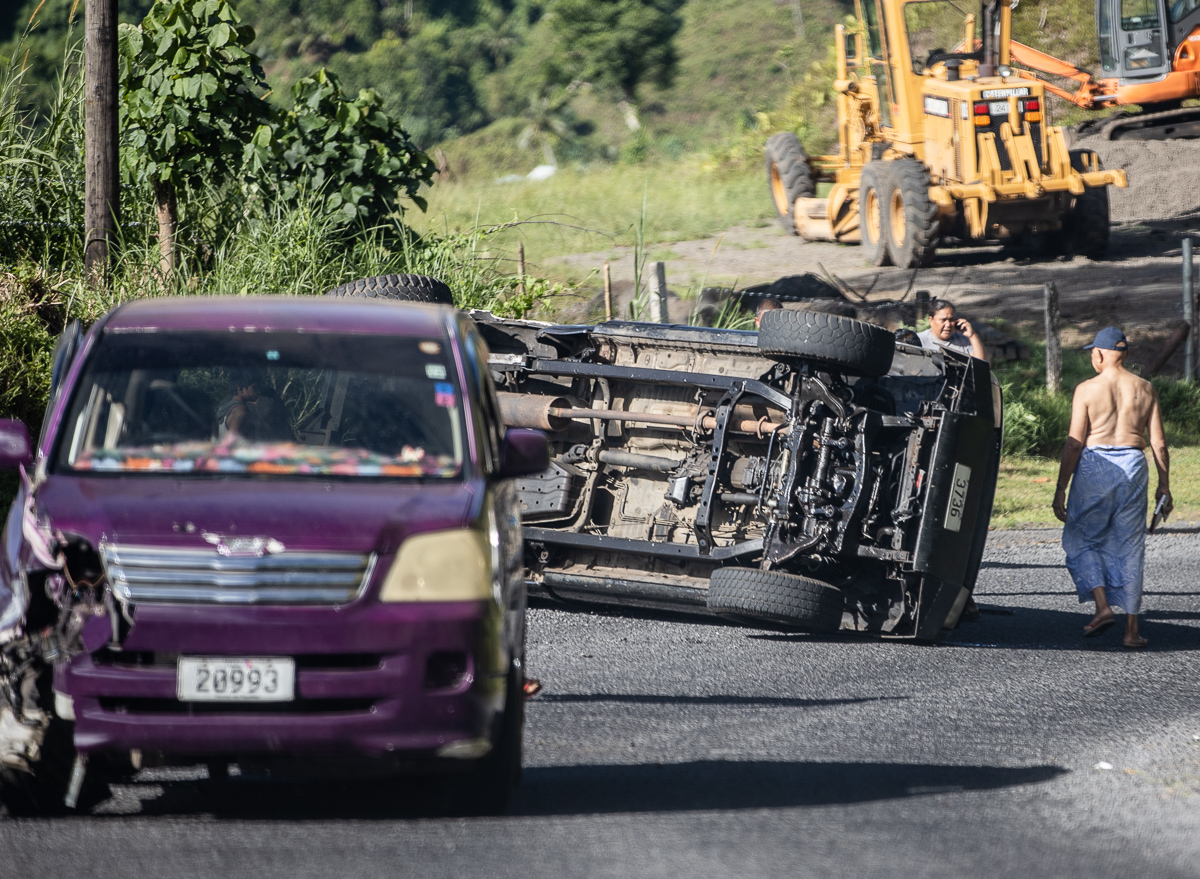 “And so when I swerved to avoid a collision, my truck went on loose gravel and that’s when I lost control. The truck flipped and my cousin, who is seriously injured, was in the back.

The driver of the van, who appeared to be in his 60s, was still in shock while walking around the vehicles.

His daughter, Natalie said they are from New Zealand.

“We’re from New Zealand and we were going for a drive when this happened. Obviously he (driver of the van) did not plan for this to happen. It was an accident, and we are very sad this man is injured," she said.

The man who flew off the vehicle suffered a laceration on the top of his head, there was blood on his face and chest. His right leg was also broken.

A good Samaritan who stopped by the scene offered to take the injured man to the Lalomanu hospital for medical treatment.