The Tuamasaga Eagles rebounded from their PPS Super 9 opening round loss to defeat the Savai’i Warriors 25-14 in their Senior A matchup at Wesley College Field, Faleula on Saturday.

The bonus point win gets the Eagles 2019 campaign back on track, while the Warriors have lost their first game of the season after they had a bye last week.

The Eagles drew first blood in the game with a try to blindside flanker Tailua Tua inside eight minutes, but would concede the lead about three minutes later.

A kick in behind from the Warriors created havoc in the in-goal area, and centre Siolo Tiatia reacted quickly to score under the posts for the visiting side, making the score 7-5 after the conversion.

The Eagles retook the lead with a penalty taken by fullback Alofa Luteru in the 20th minute, and a yellow card to Warriors lock Filemoni Teo a couple of minutes later gave them a chance to add to that one point lead.

Eagles Captain Solomona Fata went over for a try from an attacking lineout close to the line, and with the conversion unsuccessful, the score was now 13-7. 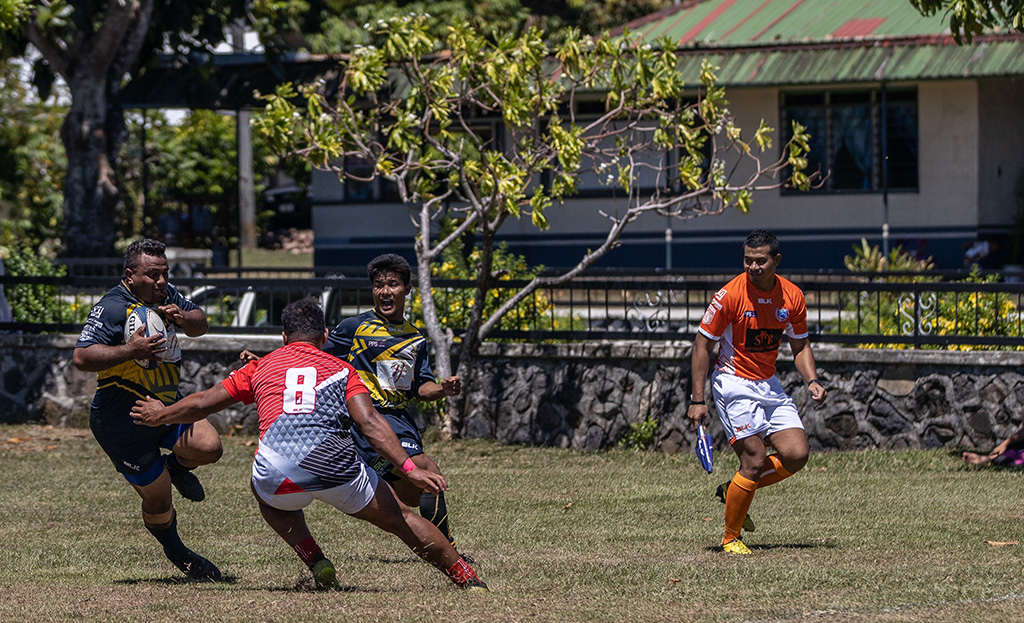 Warriors first five Aieni Toeafe had a penalty chance for his team, but missed a kick which was well over 40 metres from goal.

Despite the yellow card, they were able to pin the Eagles back over this period because of repeated penalties.

However the Eagles defence held up well for the better part of 15 minutes, and they eventually scored themselves through winger Johnny Perez after a nice backline move from a scrum 40 metres out.

The missed conversion from Luteru was the last play of the half, with the score now 18-7.

It was the Eagles that started to monopolise possession and territory now, and after a tighthead scrum win close to the Warriors tryline, halfback Toe Sio picked up the ball and scored with a sniping run around his forward pack.

Luteru converted this time, making it 25-7 with 10 minutes played in the second half. 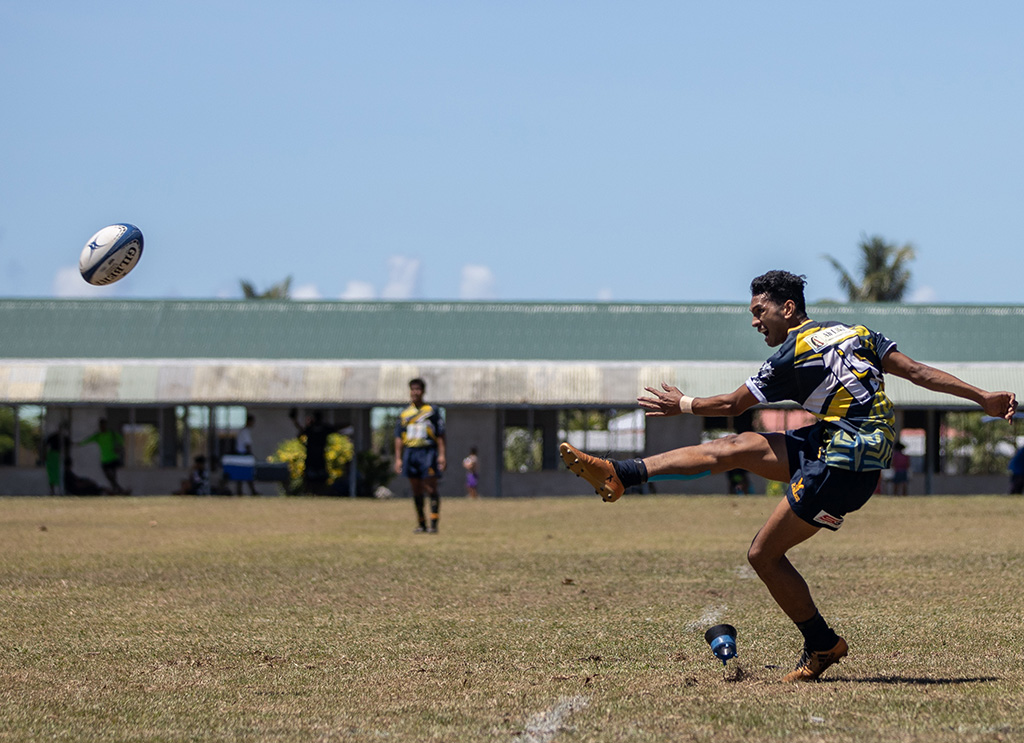 The Warriors had to score quickly to remain in touching distance, and got some attacking possession for the first time in the second half. 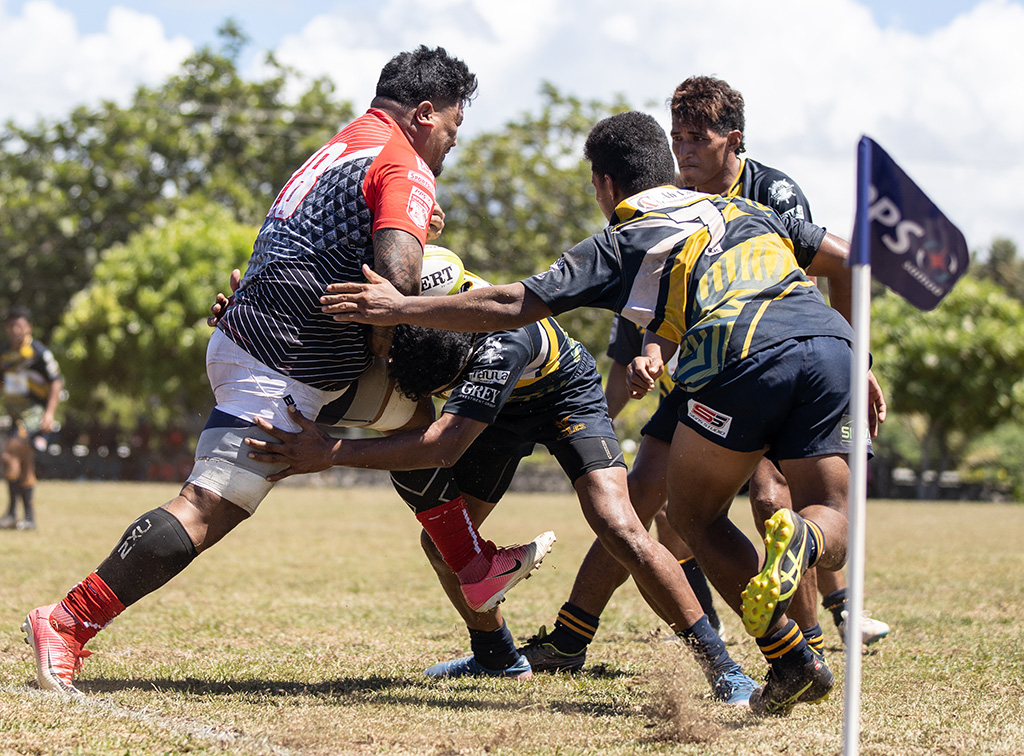 A deliberate knockdown from Eagles first five Lotu Tololi saw him sin binned, and the Warriors took the penalty quickly and scored through lock Filemoni Teo, with the conversion making it 25-14 with over 20 minutes left.

But they struggled to take advantage of the extra man, as the game bogged down with errors from both sides.

Neither were able to fire on attack over the final quarter, and the Eagles had their win.

Coach Galumalemana Rudolf Moors said he is happy with the victory, but they have a lot of work to do before the next game.

“We need consistency, there were a lot of mistakes.”

He said they conceded too many penalties, which let the Warriors dominate possession and territory for long periods.

Galumalemana said they were glad to get off the mark before next week’s Easter break, after which the games will get tougher.

The Warriors have a tricky next match up next themselves - the undefeated Savai’i Vikings in the Battle for the Big Island. 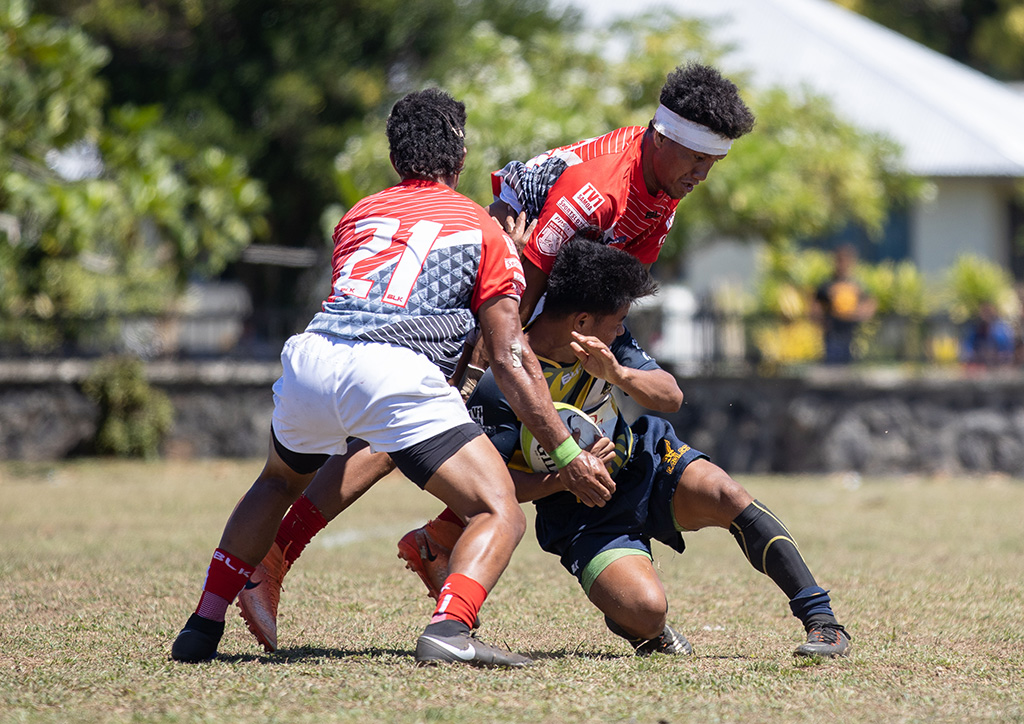 Captain Peato Toeafe said it will be a big game.

“We need to pick up our fitness before then, that cost us today.”

He said they are thankful for the support they get from Savai’i, and are looking forward to playing their first game there this season in two weeks time.

The Vikings handed the Vaimauga Eels their first ever Super 9 loss this weekend, 23-21, so will go into that game against the Warriors full of confidence at the top of the table.