Norway doubling G.C.F. contributions to US$100 million per year

Norway will increase its contributions to the Green Climate Fund (G.C.F.) to US$100,000,000 (WST$2,600,000) per year, the Ambassador of Norway to Samoa Paul Gulleik Larsen announced on Wednesday.

During an official visit by Crown Prince Haakon Magnus to Samoa, Mr Larsen said Norway has “great confidence” in the Green Climate Fund (GCF), which can help large scale projects in Samoa.

“We were very happy to hear from the Deputy Prime Minister that the funds are being disbursed and that Samoa is the first country in this region to receive funding from GCF, and working together with United Nations,” said Mr Larsen. 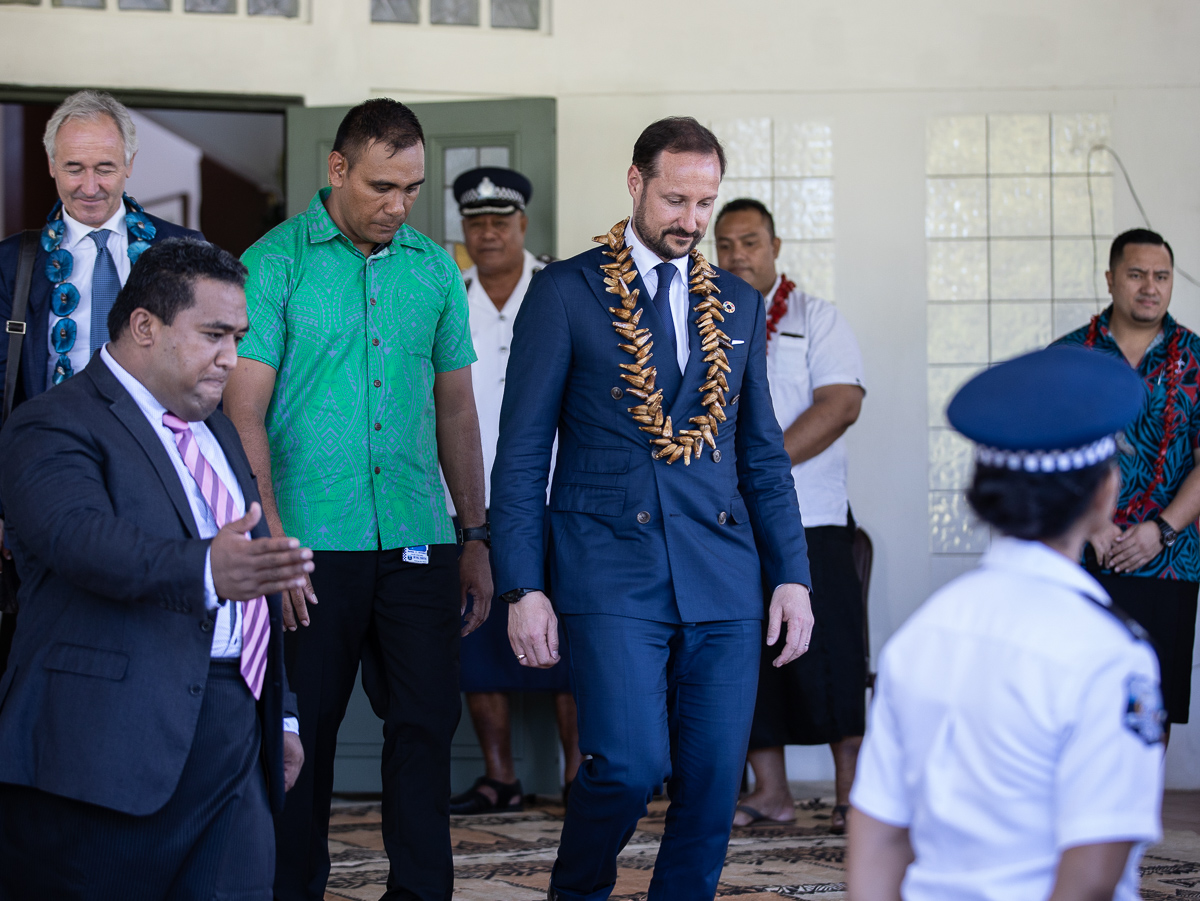 “We do hope to continue our work to promote more clean energy,” he said.

“Even though we do have a petroleum industry, we do try to promote clean energy sources as much as we can as well.

“Our energy companies are focusing on those issues. Mitigation is of course really important, that we are able to mitigate the greenhouse gases.”

When it comes to supporting and partnering with Samoa, the Crown Prince told a reception dinner at Taumeasina Island Resort on Wednesday evening that his nation chooses to listen.

“As a small country, Norway’s approach is to listen, to consult and to create alliances that lead to concrete results,” he said.

“Just as your ancestors sailed this vast ocean in their large doubled-hulled canoes, and as my ancestors sailed their open long ships across the stormy North Atlantic, we must now boldly face the challenges of today and navigate towards new horizons. Together.”

Norway and Samoa are equally connected to the ocean through culture and livelihood, and therefore to each other, Crown Prince Haakon said. So the nations must work together on the international stage to work against climate change.

“The oceans of the world form a global ecosystem. Neither fish stocks nor plastic waste are stopped by boundaries, or confined to economic zones,” he said.

“A global effort is required to secure our oceans for sustainable harvesting in the future – so that fishermen can bring in their catch and tourists can meet clean nature.”

“It is about the future of our planet – nothing less!” he concluded.