The 20 church ministers from the Congregational Christian Church of Samoa entered a not guilty plea to all charges against them. (Photo: Aufa'i Areta Areta)

The 20 church ministers from the Congregational Christian Church of Samoa (C.C.C.S.) have pleaded not guilty to tax-related charges against them before the District Court Thursday.

The church ministers entered their not guilty plea to all charges through their lawyer Alex Su’a.

The Ministry of Revenue was represented by lawyer Avila Ah Leong and Alesana Tumua.

In entering the plea of the church ministers, Mr. Su’a filed an application to withdraw the motion to quash and charges and stay of proceeding.

The lawyer also told the Court two separate applications were filed prior proceeding for two church ministers to leave jurisdiction.

They are C.C.C.S. Chairman Rev. Elder Tuatiaga Senara, who will be attending as the Chairman of the church in a church-related matter in Wellington, New Zealand and Rev. Siaosi Salesulu. 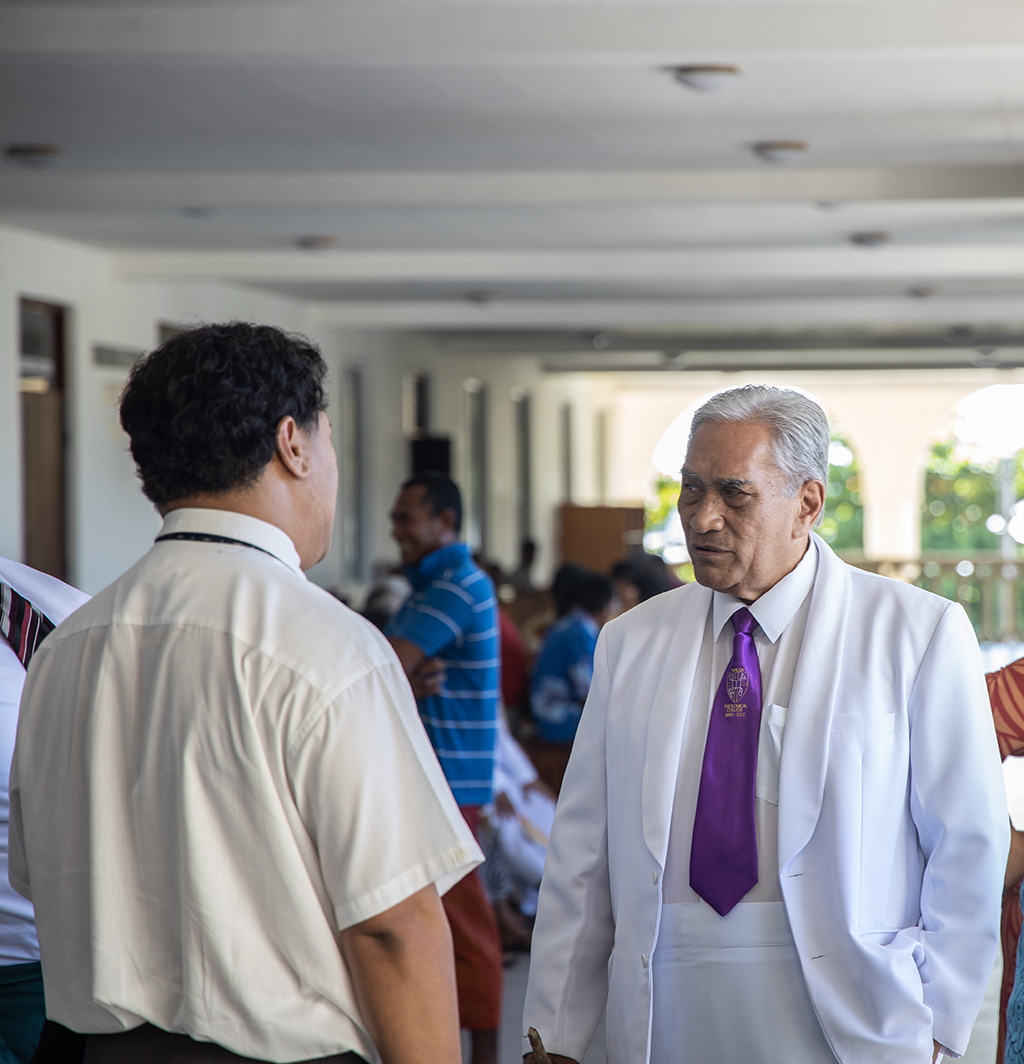 Mrs. Ah Leong did not object to the applications.

Judge Leota granted the applications including the withdrawing of motion to quash and stay of proceedings.

In granting the two church ministers to leave jurisdiction the Judge reminded they have to be in the country before the hearing.

He then adjourned the matter for hearing on 1 July 2019.

Since the matter against the church ministers started, supporters of the church and families pack the Court house during all proceedings.