Estelle Luppiner on her wishes to explore more about the island. (Photo: Aufa'i Areta Areta )

For 22-year-old Swiss Estelle Lippuner, the travel to Samoa from Australia was the most cheapest option available.

And she has no regrets making that choice, though she admits she came close to going elsewhere, if it wasn't for her decision to travel cheap.

It has been love at first sight for Estelle since she disembarked from the aircraft, wooed by the culture and Samoans' way of life.

"I was just looking at the flights and I saw that the flight to Samoa was not really expensive so I thought why not," she told Samoa Observer.

"So now that I'm here in Samoa, it's so great (and thinking) how I almost missed out this beautiful experience, and I love Samoa so much that I want to come back again next time."

Estelle was at the Mulifanu wharf, waiting for a ferry to travel to Savai'i, when she was spotted by this newspaper.

She said her goal is to explore the wonders and beauty of countries beyond her home country Switzerland during the school holidays. 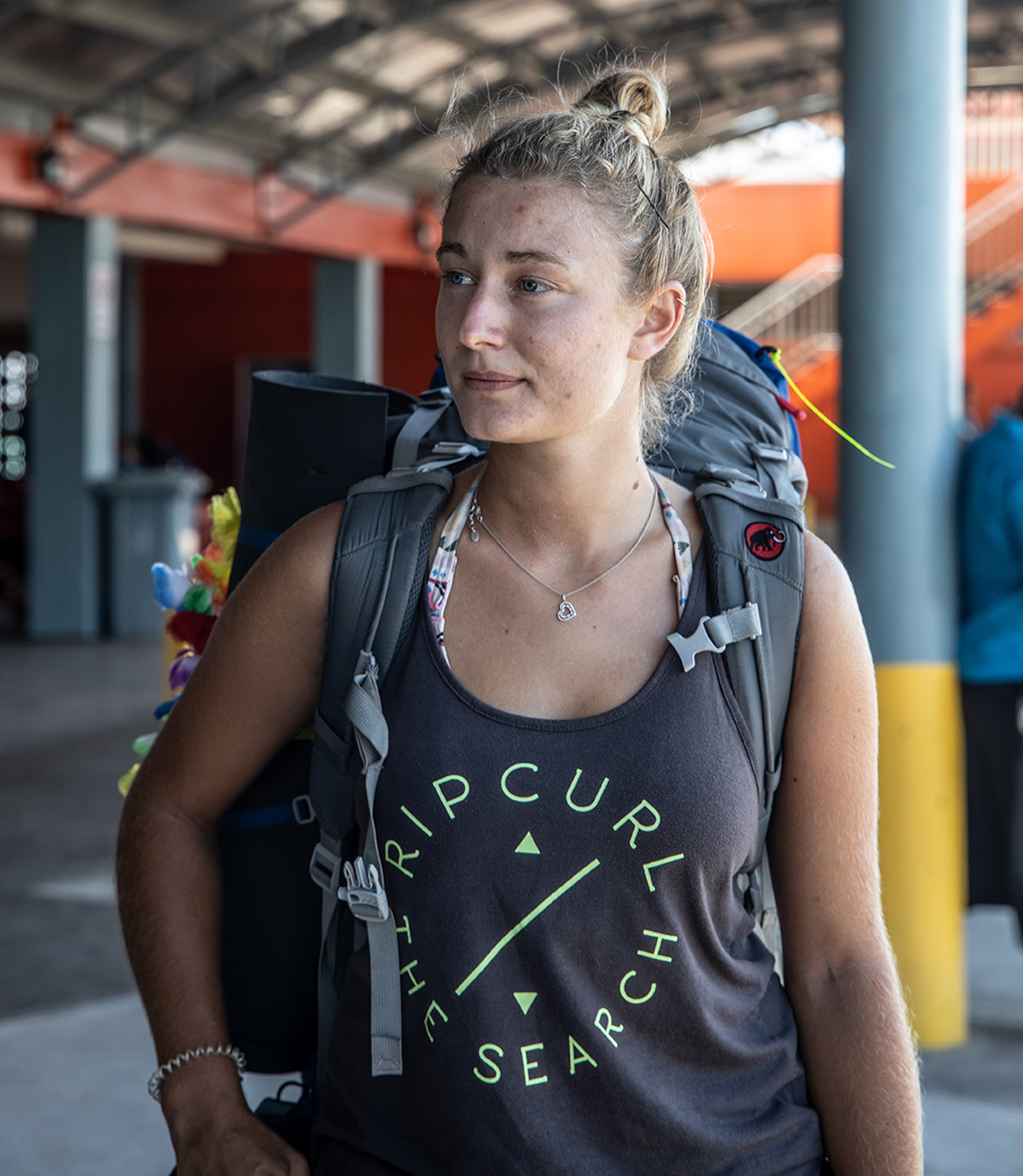 "I really enjoyed it and especially since I'm travelling alone and it's pretty easy because people are always friendly and I feel so welcomed."

In the last week Estelle has spent three nights at the Vaiala Beach, another three nights at Lalomanu and one night in Matareva. Now it was time to explore the big island of Savai'i.

When Estelle was asked of any difficulties she might have encountered during her travel in Samoa, she said her only challenge was flying into the Faleolo International Airport and getting stranded, due to her failure to make advance accommodation bookings.

But she said the airport experience wasn't an issue, and Samoa's amazing scenery and the hospitality of its people more than made up for it.

Due to the fun she has had travelling the width and breadth of Samoa, Estelle said she intends to come back to the island and this time spend more time discovering more about Samoa and its culture.