"Keep it real" - Tanoa Samoa's philosophy as it marks milestones

It is also celebrating six years since its Apia flagship store was established.

"Each year is a blessing coming on to six years and as a brand for ten years, [it] feels good," Managing Director Taupa'u Bruce Leiataua told the Samoa Observer.

"Keep it real, don’t get ahead of yourselves and walk before you run, is always kind of what we believe in, with a Christian foundation."

Sitting down for an interview with the Samoa Observer, 46-year-old Taupa'u who co-owns the brand with his partners, said he believes in having strong Christian beliefs instilled within the store.

According to Taupa'u, the brand name Tanoa Samoa is a representation of its origin within all Pacific Islands which was originally created by his partners.

"Tanoa is in all Pacific Island nations combined with a ceremony and kava, which is very positive; a welcome, a celebration, and so in that sense my partners chose the name which  I thought was pretty cool. It relates to Pacific Nations," he said. 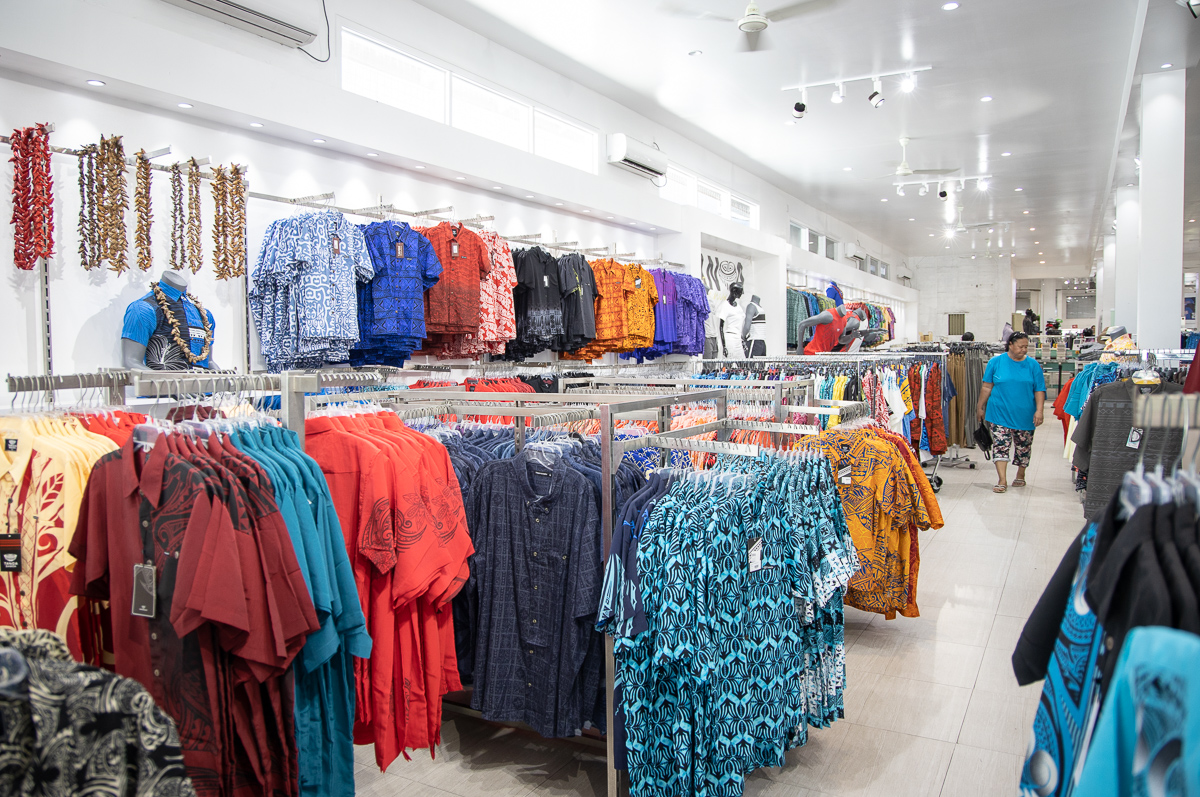 Tanoa Samoa's strength lies in the men's section, but it definitely provides a reasonable competition for  children's and women's clothing also, which he admitted was a "difficult market."

"Its difficult, the women’s market. Always changing. Men are much simpler. I think if you really knew how to cater to the market then you would be crazy successful on the global scale but no one really does because for every success, there’s how many misses," said Taupa'u.

"But that’s the nature of the business, it's fun though, I enjoy it," he added.

Like any other competitive store, Tanoa Samoa is customer-focused with an emphasis on prioritising the customer's needs.

"We try our best to take customer service up a level and maintain it because maintaining is the hard part."

The company is also about giving back to the community.

"I think it’s a great feeling when you create something that actually creates employment," he said.

According to Taupa'u, he was born and raised in a mini mart in New Zealand until 14 years old. He eventually moved away from the groceries and got into the clothing business, but he definitely has not moved away from business principles instilled within from his childhood.

Speaking to various staff members of Tanoa, they all echoed similar sentiments towards the company, with many of them starting off as part timers seeking extra cash while being in university.

Caroline Solomona, who recently graduated during the National University of Samoa's graduation, said she has been with Tanoa Samoa for two years and does not see herself leaving.

"I like the the working environment, with my colleagues and our boss is really good; always helping us out, even with family matters, he tries to provide for," she told.

Taupa'u who claims to love rugby is a big believer in team philosophy from the rugby field and takes pride in applying it into the workplace, saying without a good team, "you fall over."

"You can’t be everywhere at one time and you see that if you empower the people and give them a sense of ownership, and make them understand that customers are so important for the business and we need to look after them.

"We try and pay our staff better than what other retail businesses do in Samoa. So yes if you take the philosophy from team sports and apply it to the business environment, you’ll find it to be successful," he said.

Asked for the Apia flagships store's highlights and biggest challenges he simply said he has enjoyed providing nothing but the best quality with reasonable prices for the people of Samoa.

"Being a road to road and large scale fully air-conditioned shop, maintaining it and bringing an overseas standard to Samoa, is what I have really enjoyed.

"Because we opened up something bigger and brighter than what was existing in the market and I think after we did that other people started changing a little bit and there was also another mindset of charging a lot instead of charging what is reasonable and fair but keep the quality high," he said.

"And the challenge is to meet all those expectations of the customer and satisfy their requirement; that is the challenge day in, and day out.