The sponsorship package from Tanoa Samoa is valued at T$100,000. But Taupa'u said it's most likely going to be more than that.

During the signing ceremony Loau conveyed gratitude on behalf of the Government as well as the Pacific Games Committee.

"Through this help, Tanoa will be dressing our players and officials, and so we thank you," Loau said.

“We have been extremely blessed to have the love and support of our people, local businesses and government agencies.

“Tanoa Samoa signing on today (Tuesday) to be part of our family of sponsors is continuous proof of that support. So on behalf of the Government of Samoa and the Organising Committee, I would like to say fa'afetai tele lava to Tanoa Samoa’s management and staff, for reaching out and offering to support the biggest sporting event of the year. May the good Lord bless you for all you’re giving for the Games," he said. 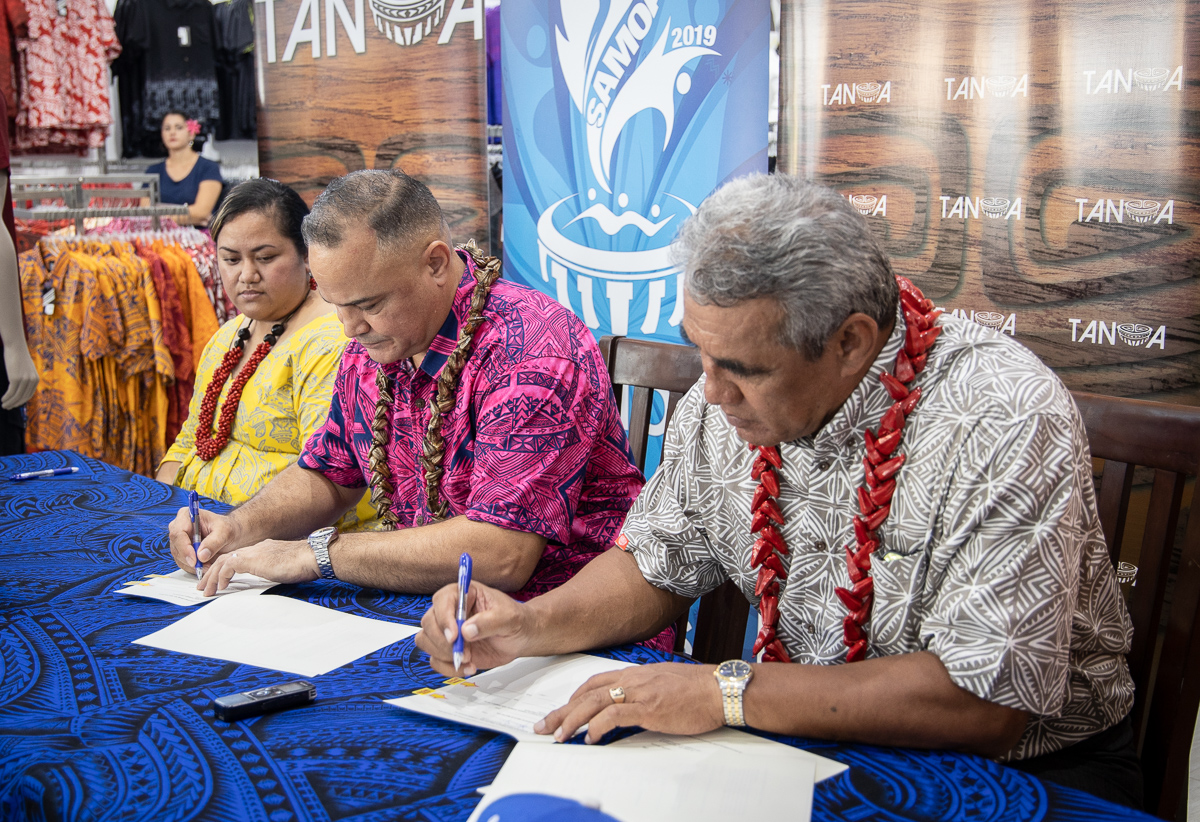 Taupa'u said it is a privilege for Tanoa Samoa to be a part of the Samoa XVI 2019 Pacific Games and thanked the Games office for providing the perfect opportunity to give back to Samoa for it's Tanoa Samoa brand, 10th year anniversary.

"Tanoa Samoa is celebrating 10 years this year as a brand. And we started this shop here in Apia as a flagship store in 2013 so were coming up to 6 years up here in Apia.

"Thank you for the opportunity to be able to give back, back to the Samoan people and be a contributor and we look forward to being able to do this in many years moving forward, and in the vehicle of sports and culture," said Taupa'u.

He added that this is the biggest commitment Tanoa has done in it's six years of operating in Samoa.

"And also some memorabilia that people can take home; a little piece of Samoa and at the same time promote Samoa on a regional level and I guess that’s sort if the biggest sponsorship we’ve ever done," he told this newspaper.